From Mississippi to New York to Nashville to New Jersey by way of around the world: that has been the path Steve Forbert has taken. More impressive than the path are the results it has produced. Twenty studio albums, three live and that doesn’t include the baker’s dozen of exclusive releases on his website. Oh yeah, toss in a Grammy nomination as well.

That, in a nutshell, is the last 48 years of Steve Forbert’s musical life…and he’s nowhere near finished.

Lauded by the New York Times as “an introspective, homespun philosopher,” Forbert’s debut album Alive on Arrival arrived on scene in 1978 but it was song one, side one of his sophomore album, 1979’s Jackrabbit Slim, that truly introduced him to the world. Ironically, “Romeo’s Song” didn’t even crack the Top Ten on Billboard’s Hot 100 chart (it peaked at No. 11) but when a song maintains its legs for four decades and counting, nobody gives a damn about the charts.

The same can be said for Forbert himself. Even though “Romeo’s Tune” is his only major charting single, for forty plus years his workload has remained full and he’s still releasing new music. Today sees the release of his new song “Good Time Charlie’s Got the Blues,” the first single from Early Morning Rain, a cover album of some of Forbert’s favorite folk-rock songs.

“I think ‘Good Time Charlie’s Got the Blues’ will be really good to put out there right now,” says the sixty-five-year-old charming folkie in a phone conversation from his home near the Jersey shore. “I’ve always had a kinship with this song.”

Part of the brilliance of Early Morning Rain is the varying degrees of chances Forbert took in song selection. Covering chart toppers is easy but pick one too popular and you run the risk of failing to measure up. Go too obscure and the comfort food feeling is lost. Strategy be damned, Forbert blew past both these warning signs and went after the peaks of both mountains.

“My thing with this record is just to reinforce these good, old songs.”

Case in point? Elton John’s iconic “Your Song” makes an appearance as does Leonard Cohen’s “Suzanne.” Also on the docket, the well-traveled “Someday Soon” which has been run up the charts by Judy Collins, Mo Bandy, and Suzy Bogguss along with being covered by Glen Campbell, Crystal Gayle and Tanya Tucker. On the other end of the spectrum you’ll find songs like the little-known Kinks cut ‘Supersonic Rocketship.’

“On ‘Your Song,’ the task was just not to embarrass ourselves, but I think it’s acceptable,” Forbert says with a laugh. “At first, we had recorded that in D but that was not right.  I realized we had to go back and record it in the original key which is E Flat. We put a lot of work into it.

“Very few people know ‘Supersonic Rocketship,’ I think.  That’s my impression and I’m sure not many people know ‘Withered and Died’ by Richard Thompson. So, we have a few obscurities in there as well.”

While the 1974 Richard and Linda Thompson version of ‘Withered and Died’ might be considered a bit obscure, Elvis Costello breathed some life into it ten years later. The beauty however is Forbert’s love affair with the song came from neither of those artists. Instead he became smitten with it in the late 70’s courtesy of a sister trio in New York City.

“I heard it by The Roches. Those girls sang it at Kenny’s Castaways in 1977 I believe, when the place opened in Greenwich Village.  I heard them sing it several times and it just got under my skin. So good. You get down near the end and ‘…if I was a butterfly, live for a day, I could be free just blowing away.’  I always liked that. That’s just some summer day musing and it’s a beautiful song.”

If anyone can eagle eye a beautiful song, it’s Forbert. Deeply admired by his peers, he has more than earned his stripes as a songwriter. While he himself has been covered by a wide range of artists from Keith Urban to John Popper, other than the tribute album he did to Jimmie Rodgers, he has long shied away from recording covers himself. So why here? Why now?

“It’s something you want to do because there’s so much going on out there.  I feel like for people my age, just to step back for a minute and present them with something they’re already familiar with was kind of a good thing to do.  I’m still working on other songs and stuff constantly. I’m working on a song today which is very topical about social distancing but as far as this record, here’s a nice offering that really doesn’t require a lot of work.  You’re not being asked to listen to eleven or twelve new songs. If you’re overloaded and stressed, this should be pleasant for you.

“Some of these songs really take you back to a time that’s long gone.  I mentioned that about the song ‘Suzanne’ in my memoir a couple years ago and that would be true of a couple others; perhaps ‘Good Time Charlie’s Got the Blues’ and ‘Early Morning Rain.’  These are songs that were written by people who had lived them by and large. They really lived them. I just don’t think you could write ‘Early Morning Rain’ unless you were in that nowhere-to-go situation.

“I know it’s a cliché, but it was a simpler time. There were still billions of people in the world back in 1963 or 1964, but the world wasn’t as small as it’s become since then.  I think individuals occupied a bigger place. Now with this current crisis, we’ve really had a heightened awareness of the number of people out there and a new sense of how small the world is. I was already feeling it in terms of what you and I are talking about, which is that time a lot of these songs come from.  It’s not just that things were simpler, but I think the individual had a little more…I think maybe people were a little bigger in your mind.”

Craftsmanship is not an entirely lost art amongst songsmiths these days, but it’s definitely harder to find. In a day where songs have to contend with computer algorithms and diminishing attention spans to find their way into playlists, certain things are sacrificed. Often times it’s the stories that suffer that wound.

“There’s the phrase in ‘Box of Rain’ that goes “…it’s just a box of rain or a ribbon for your hair.” That to me is just an important image in the total picture of this album. These things are precious and so tangible.”

With that he stops, pausing in a way that I could almost see him nod his head emphatically in agreement with the statement he just made.

“That’s what I like and that’s what I wanted to have on this record. Personal, tangible images that you can feel.”

If you like what you hear, or have always been a fan of Steve, make sure you pre-order his new album. 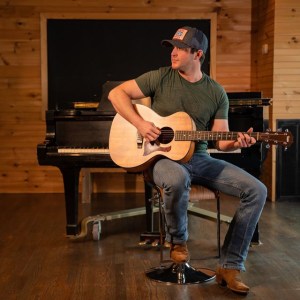 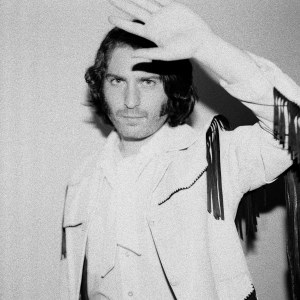