It starts with American Idol judge Katy Perry on her phone. Then, someone bangs on the piano, cleaning it annoyingly.

The contestant walks in, good but nervous. Her name? Skyler Dixon from Nashville, Tennessee.

An alarm goes off and producers ask the judges—Bryan, Perry, and Lionel Richie—to turn off their phones. The crew members, too.

Skyler is up. She says she’s going to sing “My Church” by Maren Morris. The judges approve. Skyler begins. But there’s a problem. Someone is opening a bag of chips.

Bryan’s face: What the heck is going on here!?

Perry gets up from her seat. She doesn’t want Skyler’s time to be wasted, disrespected by the noise, the crunch-crunch-crunch. Who is eating those damn chips? It’s unclear behind the mask and hat. A disrespectful stagehand? Who?

Then, finally, Perry removes the culprit’s hat and unmasks her.

“Oh, my God!” says Bryan. It’s his wife Caroline. Everyone laughs, it was a joke, a prank, and ploy.

Caroline tells the camera that she and Luke have a history of pranks, beginning in college. And we see examples left and right.

Thankfully, Katy was in on the joke, of course. (Though Richie didn’t know anything about it.)

Oh and for those worried about Skyler? She was a fake contestant. All’s well that ends well.

Bryan later tweeted about the event, writing on the social media platform, “West Coast! Tune in to #AmericanIdol. now to meet our newest crew member.”

Watch the full video below. 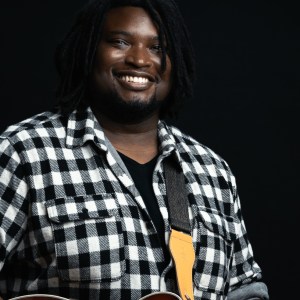