Jonny Corndawg w/ Deer Tick, Threadgill’s Restaurant
Burnt out from last year’s festival schedule, Deer Tick granted only a few choice shows this year: headlining Rolling Stone’s Thursday night Beauty Bar showcase; on a shared bill with Justin Townes Earle and Glossary for Friday night’s Lucero Family Picnic, among others. In lieu of the exhaustive load-ins and load-outs, Deer Tick focused their attention on the first-ever “Deer Tick Presents,” doing a solid by curating a daytime showcase with some of their lesser-known but equally-deserving peers. The outdoor space at Threadgill’s Restaurant was a perfect place for a Lone Star-fueled day party. On the bill along with Nashville’s Jonny Corndawg were fellow Tennesseans Those Darlins, and some hometown (Rhode Island) friends like Chris Paddock. Jonny Corndawg, fresh off the heels of recent east and west coast shows with Dawes and Delta Spirit, had the honor of having the party hosts as his backing band. It was a time for John McCauley to shine on lead guitar, playing spiky and sophisticated fills and solos on his overdriven Tele. Corndawg played songs from his forthcoming album, recently recorded in Nashville with some of the finest players in town, including Rich Gilbert on electric guitar and pedal steel; Josh Headley on fiddle and harmony vocals; as well as appearances by Caitlin Rose and John McCauley. Stay tuned for this breakthrough release from one of the most talented songwriters we’ve seen in quite a while.

Dr. Dog, Cedar Street Courtyard
Filter Magazine’s compound at Cedar Street has been a packed-affair both Thursday and Friday at South by Southwest, with sets on day 1 by Active Child, Minus The Bear and Miike Snow and Friday slots by Dr. Dog, Delta Spirit, Local Natives and Black Rebel Motorcycle Club. We got to meet and talk with Zach Miller and Toby Leaman from Dr. Dog a few hours before their 5pm set, showing them the exclusive photo section from our March/April issue of the band recording their forthcoming album Shame, Shame at Dreamland Studios in New York. (Some of these photos can be viewed here.) Stay tuned for more Dreamland photos as well our SXSW interview, which touched on recording at the converted-church studio and the band’s songwriting process. Dr. Dog’s actual show on Friday afternoon was one of the most high-energy performances I’ve witnessed so far in Austin. (Which is saying a lot, really.) What made it stand out was the audience’s participation and interaction with the band. The crowd’s enthusiasm was like a collective consciousness of dance moves and singing, and the band was equal in the give and take excitement. The climax came when guitarist Scott McMicken took his Epiphone hollowbody to the top of the stairs above the stage, danced a sort of sly, satisfied boogie, then smiled out at the sea of waving people.

The Entrance Band, Design Within Reach
Feeling rather elated after the Dr. Dog workout, walking back down Colorado St., I was stopped dead in my tracks when I heard a very familiar riff coming through a plate of glass. The plate of glass was from the Design Within Reach store, which was apparently having a very fine day showcase, including an earlier set by recent fave The Mynabirds. The riff in question though turned out to be from Guy Blakeslee’s Stratocaster wailing the intro to “M.L.K.” The Entrance Band was one on the very top of my SXSW list, a list that grew and grew beyond control; and I had all but forgotten about the shows Blakeslee and co. were lined up for in Austin. Blakeslee’s first project Entrance, which released Wandering Stranger way back in 2004 on Fat Possum, re-imagined earlier American folk and blues standards like John Hurt’s “Make Me Down A Pallet On Your Floor,” in a sort of beautiful and twisted acoustic psychedelia. The Entrance Band, on the other hand, takes the more Hendrix-ian approach. You can see the shadow of Jimi in Blakeslee’s tiny but muscular torso, upside-down Strat and the wild pyschedelic blues trio he has formed around his unique mantric songwriting and guitar playing. It was a show I wish I’d planned for well in advance and I’ll be sure not to simply stumble upon The Entrance Band the next time they come my way. 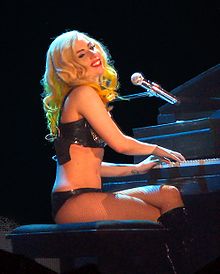 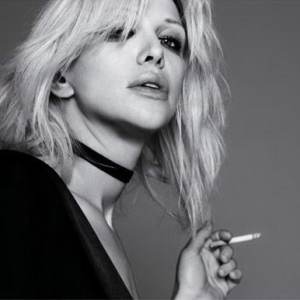