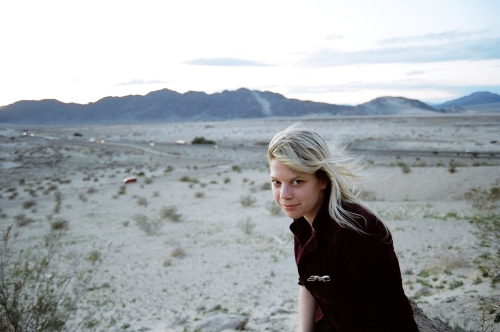 On Wednesday, March 17, the sun was shining in Austin and Day 1 of the South By Southwest Music Festival was in full swing. After spending 14 hours in a car en route from Nashville, we were ready to hear some sweet jams and soak up some Vitamin D.

Austinist Presents: Gonna Gonna Get Down, The Mohawk

Washed Out
For all the lackadaisical happenstance behind the creation of Washed Out, the act came off as anything but thrown together at their Austinist show on Wednesday. As the story goes, Ernest Greene moved back to his parent’s house outside Macon, Georgia and started crafting the catchy synth-pop tunes that would become the EP Life of Leisure. On a whim, Greene changed his MySpace name to “Washed Out,” the perfect moniker for his hazy summer tunes. On the outside stage at The Mohawk, Greene and crew (three other dudes–bass, keyboard, laptop, all singing) soaked up the good-time feel of a sunny afternoon, Greene, at one point ebulliently exclaiming to the crowd, “Guys, how bout this weather?” Unlike a lot of the ’09 class of glo-fi/chill wave/whatev, Washed Out’s sound borrows an aesthetic from club music and adds dreamy, extroverted lyrics. As the band members danced to the ’80s beats, smiling and enjoying each other and the crowd, it made me think what an interesting counterpoint Washed Out will play to the dreary dreamy songs of Beach House, who they will support on tour dates in April and May.

[Editor’s Note: Greene’s backing band for his SXSW shows was actually the Long Island, New York band Small Black, recently signed to Jagjaguwar and playing a host of their own shows throughout the festival.]

White Denim
The Austin three-piece band closed down the outside stage at The Mohawk for Austinist’s first-day bash. As the sun was starting to set, White Denim pumped out tight but expansive psychedelic rock with a heavy blues feel. The serious musicianship reminded me of Zeppelin, while the pathos of the group recalled early White Stripes or Black Keys. It was a good way to end the afternoon, stretching out on heady blues jams and squawky, distortion-laden vocals.

Electric Western Records And American Songwriter Present Get Your Green On, Hole In The Wall
After hopping an express bus and getting off fifteen blocks past the bar, I finally made it to the American Songwriter-sponsored Electric Western party. With a full Nashville crowd in swing and showcasing some of Nashville’s finer alt-country talent, the Hole In The Wall was a good place to catch a breather before dinner. As I walked in, Jacob Jones was on stage singing a duet with Jordan Caress, and previous sets by Glossary and Roman Candle had set the stage for a party that would go until the wee hours with the famous Keep on Movin’ dance party. But, unfortunately, we had to keep on moving too, and headed to El Chijito for some tacos with Jonny Corndawg and The Extraordinaires.

Basia Bulat
Feeling the comedown from a day in the sun, the Canadian singer, songwriter and multi-instrumentalist Basia Bulat proved a soothing presence at the Rough Trade showcase. Taking the stage with her brother on percussion and a violist/singer to her side, Basia (pronounced “Basha”) has a sound both soaring and contemplative. Part ’60s English folk—no wonder she appealed to London indie Rough Trade—there’s something intangible to me that recalls Nick Drake (maybe it’s the car commercials). Bulat’s music has a definite Celtoid feel melodically, and there’s also something ’90s-ish in the rush and sweep of it. Watching Ms. Bulat get into a rhythm—strumming the Autoharp and swaying her body like a dancer—is quite a seductive experience and I think as this young singer and deft musician plays for more audiences on both sides of the pond, many more will be entranced.

Dylan LeBlanc
In a day and age where it’s harder than ever to break through as a singer and songwriter, how, I wondered, did Dylan LeBlanc, a nineteen-year old kid from Shreveport, LA get hooked up with one of the most respected indie labels in London? The Brits have always had a keen eye for Americana, but, still, it seemed rather far-fetched. Enough to considerably pique my interest to catch Mr. LeBlanc at the label’s showcase. As it turns out, for all the hype (in my mind at least), Dylan LeBlanc is wise and knowing beyond his years. His live performance didn’t come off quite as transfixing as the recorded material on his MySpace page—pedal steel and drums would have certainly helped—but the three-part harmonies and family-feel of the band were enjoyable. Mr. LeBlanc is certainly an artist I’ll keep a lookout for. He just might be the next brooding Townes Van Zandt among us.

Warpaint
The introspective sets from Bulat and LeBlanc proved to be the calm before the storm. As the crowd began filling in again after having thinned out for the little-known LeBlanc, Warpaint took the stage. The all-girl psychedelic rock band from Los Angeles plays mesmerizing and tribal songs that can be equal parts intellectual thriller and ’60s girl-group he said/she said. I was most impressed with the musicianship of the group. While so much of the garage rock aesthetic of late has prized a DIY playing style above musical technique, there is a sophistication and confidence in Warpaint rarely seen. The group jams together, feeling each other out, bass and drums driving the sound, funky and heavy, the two guitarists playing a spiky, trem-heavy counterpoint. The vocals come in like a voiceover in a film, playful and seductive. As the band is currently prepping a full-length album to release via Rough Trade later this year, I will surely be among the throng eager to hear how they capture it all on wax. 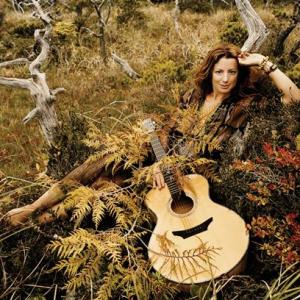 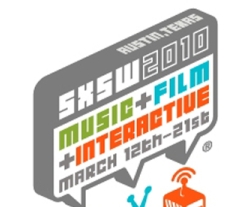