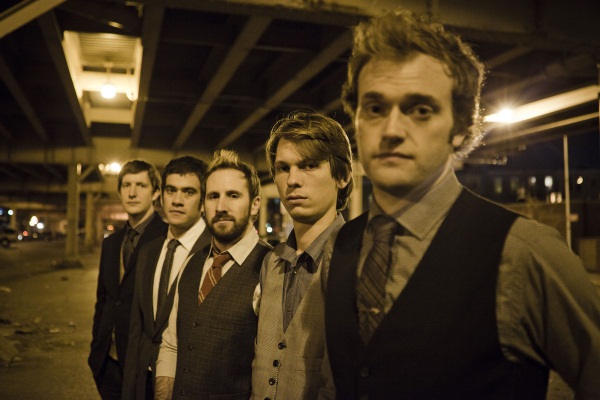 Punch Brothers play the Billy Reid Shindig on Wednesday, March 14, 2012, at Swan Dive. Click here to RSVP. Read reviews and get a free download of tracks from each of our Shindig artists, including the Punch Brothers’ “Movement And Location,” by downloading our Sampler.

We recently chatted with banjoist Noam Pikelny about the song, which is off the new album, Who’s Feeling Young Now?

“Movement and Location,” which is on our digital sampler, is an incredible song. How did that one come about?

“Movement And Location’ actually came together towards the end of our pre-production meetings with Jacquire King. He came up from Nashville and checked out a live show and then came back again for meetings where we worked on arrangements and presented bits and pieces of unfinished songs to him. The odd rhythmic figure on the mandolin was something that Chris Thile had in his back pocket for a while. We were gravitating toward the material we had amassed that was the most immediate and direct, so the seed for “Movement And Location” was on the backburner, as it was something that you could easily break an ankle trying to dance to. However, at the last minute, Chris Eldridge reminded Jacquire of that fragment. Thile started playing and we all created our parts on the spot, with the unrelenting bass & guitar parts and the rapid-fire fiddle/banjo effects. We de-emphasized the original figure and Jacquire immediately felt that this was a very important song for the record; we finished the arrangement that day. Other than the lyrics, the song was fully formed that afternoon.

Thile later brought the lyrics, which have to do with Greg Maddux, the famed Cub and Braves pitcher who is a hero of his. Maddux is one of the most brilliant pitchers ever, and he would mention in interviews that his art was guided by movement and location. Both movement and location pervade so many aspects of life, in our case as travelling musicians. The constant shifting around the world makes for an exciting experience, but can be trying at times, especially when trying to cling to any routine or maintain meaningful relationships.

It’s cool that the songs are written by the band as a whole. How does the songwriting process work between you guys?

It’s mercurial. We don’t have a certain method that we stick to. That keeps things interesting, when a new song can seemingly materialize in a way that one hasn’t in the past. Everybody brings ideas to the table. We’ll bounce ideas off of each other, and we do a lot of group listening to new records or new discoveries. Thile is the house lyricist. In most instances, we’ll write these songs as a band, with “dummy” lyrics as place holders, but then Chris will go off and start putting words to what might already be a fully arranged song.

Often we’ll have lengthy discussions about the subject matter before Chris goes off to work on the lyrics. In other instances Thile will hit the ground running and come back with a lyric fully formed, and then the rest of us will contribute in a more editorial fashion. We’ve been together for over five years now, and I feel like we’ve created a real brain trust. It’s quite edifying to bring a piece of music to a group of guys and develop into something unimaginable if all of the five of us were not in the room.

Whose decision was it to cover Radiohead on the new album? Is everyone in the band a fan?

We’ve been playing “Kid A” for a few years now as part of our live set. I worked up the looped keyboard part on the banjo back when I was living in Nashville in the How To Grow A Band days. We played an all-Radiohead late night set at the Telluride Opera House during the Bluegrass Festival. Paul Kowert had recently joined the band, and we thought it would be perfect for him to “play” Thom Yorke’s lead highly-effected vocal on the bowed muted bass. We’ve had a lot of fun playing that song live, often seguing into a fast bluegrass tune afterwards.

When we were planning the record, one of our main goals was to try to capture some of the spirit of our live shows, specifically the p-Bingo variety shows that we played as a residency in NYC for a few years. We played “Kid A” for Jacquire King and for Nonesuch president Bob Hurwitz, and they were both very keen on us at least putting it down while we were in the studio. We were psyched with how it turned out, and it felt that it fit nicely and served a purpose in the record sequence. I relish the fact that the cover on the album is by one of the most popular bands in the world but is probably the most abstract track on our record. 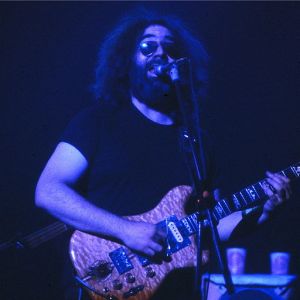