Good stories are never really over. That’s why indie-pop singer-songwriter T. Thomason took out his pen to write “King of Spades Pt. II,” an extended reimagining of a song which originally appeared on 2019’s self-titled debut record. Now, in collaboration with Rose Cousins, the mournful refrain taps even further into a relationship’s slow demise.

“I’ll keep you up at night / I toss and I turn, and it’s not right,” their voices flow together against a crackling white noise backdrop. “I can’t give the simple life / So don’t you go asking / Oh it’s a lot to be / I want you to want but you can’t need.”

Cousins then offers a brand new verse, allowing for a showcase of collective pain. “Queen of Hearts, show me the way / Do you see through this poker face I do,” she prompts. “And I don’t want you know  / I’m a house of cards at my best / You could blow me over with one sweet breath / I just want you to hold me.”

Thomason’s confessional songwriting soaks onto every inch of his debut, most notably with essential songs like “Birdsong,” “Loser,” and the poignant “Lana’s America.” In both iterations, “King of Spades” is, perhaps, the singer-songwriter’s finest performance; an agonizing emotional core drives his vocal, perfectly paired with an organic, lush arrangement.

“I felt inspired to continue the story,” Thomason tells American Songwriter. “It was such a roller coaster getting that thing done. Throughout the five years of creation, I met a lot of amazing people who offered me support and advice. Rose was one of those people. She has always been so generous with her time and advice, even as she navigates the industry as an indie artist herself.”

He continues, “I couldn’t think of a better song on the album that fit her voice and writing style, and I am so incredibly excited to continue the story of ‘King of Spades’ with the verse she wrote, alongside Breagh Isabel [formerly of Port Cities].”

“King of Spades Pt. II” cracks open later with hyper-charged guitar line, as noted around the three-minute mark. The ebb and flow of the music works to somehow soothe Thomason’s struggle to cope and find peace. “[The song] was inspired by relationships that just never quite line up and wanting to be close to someone and build something with them ─ but never quite feeling able to commit. Once different relationships fall through enough times, you kind of start wondering what the common denominator is, and then you realize… oh shit!”

Listen to “King of Spades Pt. II” below. 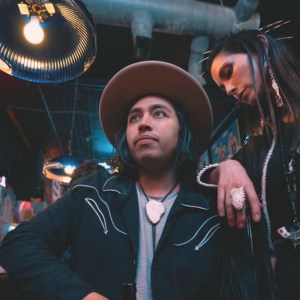 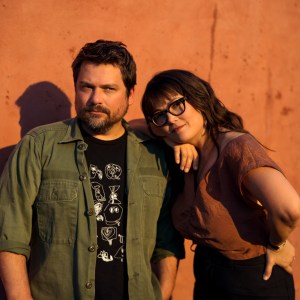