Tai Verdes is the Emma Chamberlain of music: so incredibly relatable that you can’t help but like them.

Just as Chamberlain wielded her relatability like a badge of honor on YouTube, Verdes did the same on TikTok, and it paid off.

Verdes, new to viral fame, released “Stuck in the Middle,” a track dedicated to the woes of dating in the modern world, and it blew up.

With more than 11 million streams on Spotify alone and millions of likes on TikTok, Verdes admits his success wasn’t all just sheer luck.

“I use everything as a marketing tool. I had an account on TikTok for maybe three months just watching other people market their music. When I finally had a couple songs I liked, I said to myself ‘it’s go time.’”

His ambition and passion shine through not only in his music but in his TikTok videos. While other artists are struggling to keep up with the times, Verdes has been able to ride along and use social media to his advantage.

“Are you on TikTok right now trying to show people your song? If not, you don’t want it bad enough. I don’t care if you’re too old or you’re already in the industry. These TikTok artists are kicking everyone’s ass,” he says.

Despite gaining a bigger following, Verdes shares that he doesn’t feel any added pressure about releasing new music. He says that the most pressure he felt was when he first released music, now that everyone’s on the same page about his goals he has nothing to fear.

Nevertheless, a moment in the limelight often goes to people’s heads, but Verdes is careful about not letting the numbers get to him.

“I’m really just trying to be happy. Numbers will go up and down on this song… but it’s never about one song – it’s about the whole project.  I just want to make sure every single person who interacts with my song feels seen,” he explains. “I know what it’s like to have very low visibility on your art. Understanding that even though the value of my art is not more or less because of this spike in attention, while simultaneously showing appreciation to the people who are sharing my three minute song – that is my goal right now.”

His authentic striving is a trait rarely seen in the music industry today, but Verdes doesn’t know any other way but the authentic one. His music is like an unapologetic stream of consciousness to a groove.

That authenticity is the fundamental difference between Verdes and the other millions of songs about dating and relationships. He takes all the frills and fuss out of love and boils it down to his own experience.

“‘Stuck in the Middle’ was actually inspired by that first exchange at the top of the song. It’s pretty crazy how many girls have said that exact thing to me – ‘I bet you’ve got hoes’ – that exact line. In reality, I would say there are a very mild amount.”

In this way, “Stuck in the Middle” is so refreshing.

Verdes details in pointed specificity despite singing in general terms the awkward acquainting of first encounters, the spark that ensues subsequently, and the uncomfortable moment when a good time turns into commitment.

In three minutes he boils down an experience many of us are bound to feel or most likely have already felt.

Despite already releasing the track of the summer, Verdes takes it a step further and strips down his pop-infused hit to a simple acoustic rendition. This version allows Verdes’ vocals to shine and his relatable message to hit home even more.

Even so, with TikTok virality and all, Verdes admits he still doesn’t have his love life figured out.

For his advice to others on dating he responds simply.

“Just don’t do it. You’ll get your feelings hurt. Or worse… you’ll be stuck in the middle.”

Check out the acoustic version of “Stuck in the Middle” below. 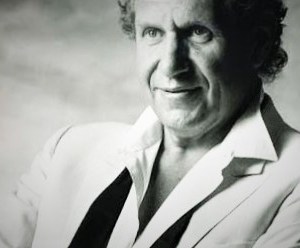 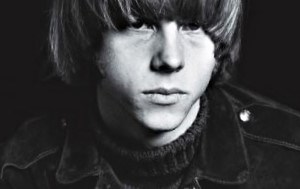