How does the saying go… don’t get mad, get even?

While artists have long been singing of love, there’s an equally long history on the topic of spite, vengeance, and murder. These murderous tales are often sparked by a lover’s betrayal or merely the temptation of violence. Either way, murder ballads have a be a cornerstone of oral history and culture for as long as folks have been around to sing them. Today, you might hear murder ballads from the catalogs of Johnny Cash and The Chicks, all steeped in the finest storytelling. Keep reading for a few of the best murder ballads from music’s most famous. (We’re looking at you, true crime junkies!)

Written by Danny Dill and Marijohn Wilkin for country singer/songwriter Lefty Frizzell, “Long Black Veil” follows its narrator to his death. The narrator is falsely accused of murder, but he was having an affair with his best friend’s wife at the time of the crime. He dies instead of revealing his alibi.

The judge said son, what is your alibi
If you were somewhere else, then you won’t have to die
I spoke not a word, thou it meant my life
For I’d been in the arms of my best friend’s wife.

Johnny Cash famously covered the song, and you can hear the Dave Matthews Band version below.

2. “Goodbye Earl” by The Chicks

This Chicks classic follows the story of two high school best friends: Mary Ann and Wanda. The latter married a man named Earl after graduation, who turned out to be physically abusing Wanda. So, Mary Ann flew up from Atlanta and it didn’t take ’em long to decide/ That Earl had to die.

3. “The Night The Lights Went Out In Georgia,” originally recorded by Vicki Lawrence

Now listen closely for the tale that is “The Night The Lights Went Out In Georgia.” A man only known by the name “Brother” had just returned from a trip to Candletop. His best friend Andy told him that his wife had an affair with a man named Seth, and in a quick one-two punch, Andy says, to tell you the truth, I’ve been with her myself. (What a warm welcome home, eh?) Brother is rightfully livid at this point. So, Brother decides to confront Andy, only to find he was already killed with a shotgun. Andy ends up being put to death for the murder he didn’t commit.

And he saw Andy lying on the floor
In a puddle of blood, and he started to shake

The Georgia patrol was making their rounds
So he fired a shot, just to flag ’em down
A big-bellied sheriff grabbed his gun and said
“Why’d you do it?”

Give Reba’s cover of the song a listen to find out who actually murdered Andy.

We want to know who hurt Carrie Underwood, or at least, what true crime shows she’s watching. First, there was the murderous wife and misteress in “Two Black Cadillacs” and then the abusive husband in “Church Bells” who, just out of the blue, croaked. Both story songs boast phenomenal lyricism and remind us of just how far Underwood can take her craft.

Let us introduce you to the murder-suicide story of Hollis Brown written as a folk song in 1963 by Bob Dylan.

He lived on the outside of town
With his wife and five children
And his cabin broken down
Oh he looked for work and money
And he walked a ragged mile.

Brown’s poverty consumed him: the rats ate his flour, his children couldn’t stop crying, and the well was dried up. So, he spent his last dollar on seven shotgun shells, and well, you can guess the rest.

6. “no body, no crime” by Taylor Swift featuring HAIM

Enter an avenging best friend, stage left. A woman named Este was killed by her husband, and Este’s close friend then takes out the husband after being unable to prove his guilt.

I think he did it but I just can’t prove it
No, no body, no crime
But I ain’t letting up until the day I die.

Swift recounts this story in a chillingly catchy country-pop track that features the sister trio HAIM. (And interesting to note, the woman murdered in “no body, no crime” shares the same name as Este Haim, the bass player, and vocalist in HAIM.)

7. “Jenny Was A Friend Of Mine” by The Killers

Killers’ members and songwriters Brandon Flowers and Mark Stoermer were inspired by the brutal murder of Jennifer Levin in 1986 by Robert Chambers for “Jenny Was A Friend Of Mine.” The ’86 murder had received plenty of media coverage, and during the trial, Chambers claimed that he had no motive for the murder because he and Levin were “friends.”

There ain’t no motive for this crime
Jenny was a friend of mine.

Another American murder ballad inspire by a real murder is “Delia’s Gone” by Johnny Cash, first released in 1962 and then again in 1994. “Delia’s Gone” was likely a reference to the murder of 14-year-old Delia Green in Savannah, Georgia, in 1900. Like many folk songs, “Delia’s Gone” was a story song that had been told in pop culture for generations before it reached the Man in Black.

Eminem has long been placed among the greatest rappers, and for good reason. He takes his craft to places that others often dare not wander. And “Stan” is one of Eminem’s darkest, yet most brilliant songs. Released in 2000 from his album The Marshall Mathers LP, “Stan” is a story about a fictional superfan of Eminem’s. Stan the superfan becomes obsessive, and when Eminem doesn’t respond to his letters, he kills himself and his pregnant girlfriend.

The title track for Bruce Springsteen’s 1982 album Nebraska, set a moody tone for the rest of the LP which mostly featured songs about struggling folks and criminals. “Nebraska” itself was inspired by the 11 murders that occurred in 1958 in Nebraska and Wyoming. Spree killer Charles Starkweather and his teenage girlfriend, Caril Ann Fugate, were the perpetrators in all 11 cases, and the former was sentenced to death upon conviction. (Fugate never killed directly but accompanied her murderous boyfriend.)

I can’t say that I’m sorry
For the things that we done
At least for a little while, sir, me and her we had us some fun.

“L.A. County” doesn’t immediately strike listeners as a murder ballad. It creeps and sneaks up on you until… BAM, the narrator is shooting an ex-lover on her wedding day to another man. It’s a masterful murder ballad and we tip our hat to the songwriter. 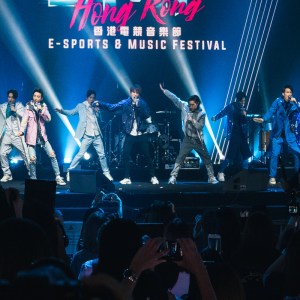 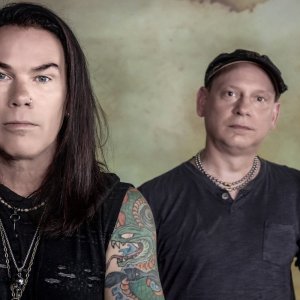