Taylor Swift is a brilliant, artist, performer, writer, businesswoman, and much more.

She’s earned billions and billions of song streams, and accolades and has been at the top of pop culture for about a decade with no signs of stopping.

Her tour presale crashed Ticketmaster, her new album and lead single, “Anti-Hero,” smashed records and she has decades more ahead of her, if she so chooses. Yes, we all know Swift.

But part of her brilliance is that though we know of her, we don’t know her all that well as a person. That’s what we wanted to dive into here today. Here, we want to look at the 60 best Taylor Swift quotes—the content outside of her songs and music videos, that which she says and stands behind as an individual.

So, without further ado, let’s dive into what the 33-year-old Pennsylvania-born Swift has to say.

2. “I’d like to think you don’t stop being creative once you get happy. My ultimate goal is to end up being happy. Most of the time.”

3. “I think songwriting is the ultimate form of being able to make anything that happens in your life productive.”

4. “Even if you’re happy with the life you’ve chosen, you’re still curious about the other options.”

5. “My parents taught me never to judge others based on whom they love, what color their skin is, or their religion.”

6. “Nashville is my home, and the reason why I get to do what I love.”

7. “When you’re singing you can hear the echo of people in the audience singing every single word with you, and that was that big dream that I had for myself. It’s happening.”

8. “I think who you are in school really sticks with you. I don’t ever feel like the cool kid at the party, ever. It’s like, ‘Smile and be nice to everybody, because you were not invited to be here.'”

9. “Factoring in millions of people when I’m writing a song is not a good idea. I don’t ever do it.”

10. “I think the first thing you should know is that nobody in country music ‘made it’ the same way. It’s all different. There’s no blueprint for success, and sometimes you just have to work at it.”

11. “When I get on a roll with something, it’s really hard for me to put it down unfinished.”

13. “It’s pretty intense writing about my own life, my own struggles.”

14. “I think that you can love people without it being the great love.”

16. “You can be obsessed with the bad things people say and the good things; either way, you’re obsessed with yourself, and I’m not—you can become unhinged so easily.”

17. “Anything you put your mind to and add your imagination into can make your life a lot better and a lot more fun.”

18. “I think, as far as branching out with acting, it would take something really right on the mark to distract me from music, because music is everything to me.”

19. “I have so many indie bands on my iPod. What I don’t really understand is the attitude that if a band is unknown, they’re good, and if they get fans, then you move on to the next band.”

20. “Part of me feels you can’t say you were truly in love if it didn’t last. If I end up getting married and having kids, that’s when I’ll know it’s real—because it lasted.”

21. “I put out one album one week, and I’m already worried about the next one. I feel a lot of emotion throughout the course of a day. But not to the point where you need to be worried about me.”

22. “Most of my songs have names of people I’ve met or are dear to me. There are people who have privacy issues and about people knowing about their private life. But for me, I like to include few special names and few details about them to make the song very special to me.”

24. “I think I first realized I wanted to be in country music and be an artist when I was 10. And I started dragging my parents to festivals, and fairs, and karaoke contests, and I did that for about a year before I came to Nashville for the first time. I was 11 and I had this demo CD of me singing Dixie Chicks and Leanne Rimes songs.”

26. “There’s so much about Dolly Parton that every female artist should look to, whether it’s reading her quotes or reading her interviews or going to one of her live shows. She’s been such an amazing example to every female songwriter out there.”

27. “Every single one of us has a few months here or there that feel like dark months.”

28. “It’s kind of exhilarating, walking through a crazy, insane mob. The most miraculous process is watching a song go from a tiny idea in the middle of the night to something that 55,000 people are singing back to you.”

29. “My experience with songwriting is usually so confessional, it’s so drawn from my own life and my own stories.”

30. “All of my walls are covered with framed pictures of my friends.”

31. “I have this fear of falling in front of large groups of people. That’s why I tend not to wear heels.”

32. “I base a lot of decisions on my gut, and going with an independent label was a good one.”

33. “When I go to a restaurant, yeah, I know that a line is probably going to form in front of the table, but didn’t I always wish for that? Yeah, I did.”

36. “You get to a point where it’s like you can’t really do anything right, and people will pick on you for whatever decisions you make, so I just try and take no notice and get on with my music.”

37. “When I listen to a song, I don’t say, ‘Oh my gosh, that vocal line she sang was the best thing I ever heard.’ I’m thinking, ‘That lyric just moves me. That lyric just said what I feel better than I could say it myself.'”

39. “When I was a teenager, my biggest lessons came from Kenny Chesney, Tim McGraw, George Strait, Rascal Flatts and Brad Paisley. I learned so much from opening up for those artists, and it also taught me how to treat your opening acts and make them feel like they’re part of a family, not just a tour.”

40. “As your career grows, the list of things that makes you happy should not become smaller, it should become bigger.”

41. “One of my big goals as a human being is to continue to write what’s really happening to me, even if it’s a tough pill to swallow for people around me… I do fear that if I ever were to have someone in my life who mattered, I would second-guess every one of my lyrics.”

42. “I think I have a big fear of things spiraling out of control. Out of control and dangerous and reckless and thoughtless scares me, because people get hurt.”

43. “When I’m in management meetings when we’re deciding my future, those decisions are left up to me. I’m the one who has to go out and fulfill all these obligations, so I should be able to choose which ones I do or not. That’s the part of my life where I feel most in control.”

45. “I don’t know how to have a normal relationship because I try to act normal and love from a normal place and live a normal life, but there is sort of an abnormal magnifying glass, like telescope lens, on everything that happens.”

46. “I think the perfection of love is that it’s not perfect.”

47. “My audience has really become a very diverse group of people. It’s not just 15-year-old girls. That’s kind of what allows me to write from all the different places I want to write from.”

48. “There’s a lot of pressure putting an album out all over the world and hoping people everywhere like it.”

49. “One element of Madonna’s career that really takes center stage is how many times she’s reinvented herself. It’s easier to stay in one look, one comfort zone, one musical style. It’s inspiring to see someone whose only predictable quality is being unpredictable.”

50. “When we’re falling in love or out of it, that’s when we most need a song that says how we feel. Yeah, I write a lot of songs about boys. And I’m very happy to do that.” 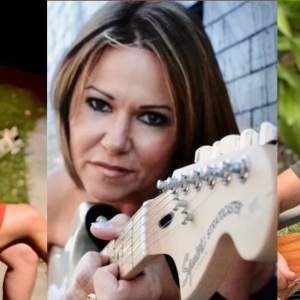 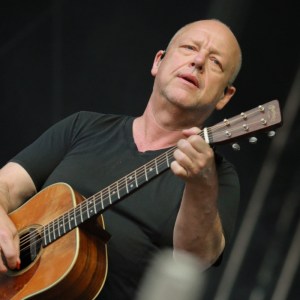