If you’re someone who’s become hardened and grizzled by the past half-decade of political divisions, socioeconomic meltdowns and international health crises, then you might not be prepared for what’ll hit you when you press “play” on “The Song About Songs,” the newest single from The Bright Siders. Why? Because “The Song About Songs” is infectiously uplifting, heartening and inspiring — if your heart is shrouded in cynical ice, this tune might be the heart-warming anecdote you’ve been searching for.

See, even though The Bright Siders advertise themselves as making music for children, their undeniable musicality and clever writing merit universal appeal. For the past 10 years, the duo has been working on a record with an exciting cast of collaborators, including Ed Helms, The War and Treaty, Joey Ryan (The Milk Carton Kids), Oh Pep!, The Hokes (aka Punch Brothers), Gaby Moreno and more. Now, on January 21, their debut album A Mind of Your Own will finally drop via Smithsonian Folkways. “The Song About Songs,” the second single from the project, is an excellent peek into what The Bright Siders are all about.

What makes the tune shine so bright? Well, for starters, it was penned by the two brains behind The Bright Siders, Nashville-based Americana songwriter Kristin Andreassen and Brooklyn-based child psychiatrist Kari Groff, MD. Secondly, it features outstanding vocal performances from Michael Trotter Jr. and Tanya Blount of The War and Treaty. Thirdly, it was co-produced by virtuoso guitarist and Punch Brother, Chris Eldridge. With these three elements combined, “The Song About Songs” goes far beyond being just a mere children’s song, relegated to an unglamorous future of hanging out on a seldom-played “Kindergarten Class” Spotify playlist. Rather, the song transcends the traditional mold of children’s music and, instead, is a poignant expression of the beauty and joy that music can bring to folks of all ages.

“‘The Song About Songs’ is the overture for an album about the wide range of emotions kids face in growing up,” Andreassen told American Songwriter. “But with Michael and Tanya Trotter on this first track, they show us how the act of singing itself can create its own emotion — pure joy. Kari and I adore the duo’s music, and our psychiatrist-songwriter collaboration, The Bright Siders, has been inspired by their choice to be open about the serious mental health challenges of PTSD (Michael is a veteran), while also singing through that pain and inspiring others to do the same. We and our co-producer Chris Eldridge were truly honored to work with them and especially excited to hear their son Legend make his studio debut (along with a gaggle of talented Nashville kids), on those backing vocals.”

Likewise, Groff noted that she wanted to work with The War and Treaty as soon as Andreassen and Eldridge first introduced her to their music. “I was very moved by Michael’s stories from being in the military and helping vets to deal with loss through music because my family has both a lot of service members and musicians,” Groff said. “It was really just a very human and beautiful story. They seemed like people that I would love to make music with and for, and that children would be inspired by. Are they talented? Yes. But it is more about who they are as people that means so much.”

With all the uncertainty floating around the future, the musical world that The Bright Siders are creating is an invaluable expression of strength, unity and hope. With debut singles as good as this, their story is surely just beginning.

Listen to “The Song About Songs” by The Bright Siders below: 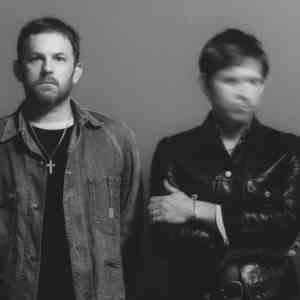 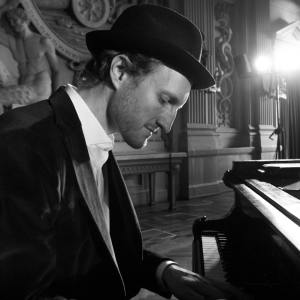