He wrote the words for “Swanee” on a bus ride with George Gershwin in 1919. They were heading to Gershwin’s apartment after dining together at the famous Times Square restaurant of the “Corned Beef & Cabbage King,” Dinty Moore. They were young men bursting with ideas. His were words, and Gershwin’s were music.

The idea was to write a song inspired, or perhaps parodying, Stephen Foster’s famous songs of the South like “Old Folks At Home,” which first used the Swanee River in a song. Most of the lyric was done by the end of the ride. Gershwin went straight to his piano with ideas formed on the ride  and started working on the tune.

In fifteen minutes, Gershwin wrote the perfect melody. Quite the way Elton John did that many times with a Bernie Taupin lyric.

“Swanee” became one of the biggest hits of all time, and among the most cherished to this day. Al Jolson recorded it, and everything got crazy. People could not get enough of this song.

“After that”, said Gershwin, “`Swanee’ penetrated the four corners of the earth.”

Jolson was one of the greatest stars then in movies and as a singer. George Gershwin also became a star, and mostly because on the success of “Swanee” stopped writing pop songs to focus on more expansive compositions, such as “Rhapsody in Blue.”

Irving Caesar, though, is the forgotten man of the three. Except, of course, whenever he’s remembered. He was a tremendously prolific and successful songwriter. He wrote mostly lyrcs, but sometimes music, too, for more than 700 songs, 44 Broadway musicals, and many cherished pages in the great American songbook, including “Tea for Two” (which is one of the world’s most recorded songs), “Crazy Rhythm,” “Just a Gigolo,” “Animal Crackers In My Soup,” “Is It True What They Say About Dixie” and “If I Forget You.”

He also wrote dozens of songs for children, which he was known to sing “at the drop of a hat.”

But nothing that he ever did matched the success and fame of “Swanee.”

He was born on the 4th of July in 1895 on the Lower East Side of Manhattan, like his friend Irving Berlin, his name was also originally Isadore. He grew up in the Yorktown neighborhood, where the Marx Brothers were neighbors. His father was a Socialist lawyer who ran a second-hand bookstore, where Caesar absorbed literature and started writing poetry when he was six.

Though words always came easily for him, after a year at City College, he accepted a job as a secretary for Henry Ford’s Peace Ship, which traveled to ports around the globe as a means of sparking pacifist awareness during World War I. He wrote songs then as a lark—both words and music—but when two of them found their way into a 1918 Broadway revue called Hitchy Koo, he recognized songwriting could be a real career, and he headed to Tin Pan Alley.

George Gershwin was 20 years old then and making his living as a demonstration pianist, playing the hits in music stores to sell sheet music. They got “Swanee” it in Demi-tasse, a Broadway revue, but it didn’t receive much attention.

But when Jolson heard Gershwin sing it at a party, he recognized the precise blend of heart and schmaltz he could wring out of it, and he adopted the song as his own. The lives of all three men—Gershwin, Jolson and Caesar—were never the same. The song’s success was unparalleled at the time.

Jolson included the song in the show Sinbad, which triggered the explosion of sheet music sales, with more than a million sold, which was totally unprecedented—and an estimated two million records were sold. “Swanee,” Gershwin famously said, “penetrated the four corners of the earth.” Never again in his career did Gershwin write a more successful song.

While George went on to work mostly with his brother Ira, Caesar turned to other composers, most notably Vincent Youmans, with whom he wrote both “Tea for Two” and “I Want To Be Happy” for the 1925 hit show No, No Nanette. Caesar also wrote songs for movies, most famously “Animal Crackers In My Soup,” written in 1935 with Ray Henderson and Ted Koehler. Performed by Shirley Temple in Curly Top, it became her theme song.

Al Jolson also recorded and performed Caesar’s “Oh Donna Clara,” which, although mostly forgotten now, was one of the most famous songs of vaudeville, performed comically in English, Russian and German. “Jolson had no trouble with it,” Caesar remembered. “He was a Litvak; he talked Litvak Yiddish. But he couldn’t read it. Neither could I. I had to learn it by ear from a folk singer… I taught it to Al, and it was one of the greatest things he ever did.”

Like other great lyricists of his day, Caesar was a clever and crafty guy who could adapt almost anything into a popular song. He wrote a melody for the “Pledge of Allegiance” (all proceeds of which he donated to charity) and from an obscure 1929 Austrian song called “Schöner Gigolo,” he created “Just A Gigolo,” a sad story reset in a Parisian café, which became a standard as recorded by a vast range of artists, from Marlene Deitrich to David Lee Roth.

He was known as a warm and gregarious man—he didn’t marry until he was 90—and, in addition to songwriting, he was dedicated to many social issues, writing a series of songs, for example, that taught safety lessons to children, “Sing A Song of Safety.”

He felt he simply had a knack for writing songs, an art which couldn’t be taught.

When Sheila Davis asked him to do an interview for a book about lyric writing, he said:

Very involved with ASCAP throughout his life, he forever hung around the Brill Building and other songwriting meccas, even in the decades following his greatest success, and was often identified as the “guy who wrote ‘Swanee’ with Gershwin.”

Irving lived to 101, and died in the city of his birth, New York, on December 18, 1996. He was known as a man who preferred the sunny side of any street. He considered himself an eternal optimist. “The optimist proclaims that we live in the best of all possible worlds,” he said, “and the pessimist fears this is true.” 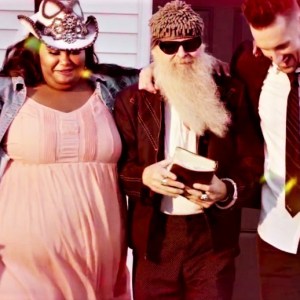 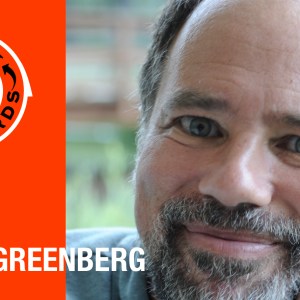