From “Sky-Blue Ponies In The Stream”
By Hank Trembley

One of the most significant, if unsung, songwriters of the modern era, Hank Trembley wrote hundreds of memorable songs (and thousands of forgettable ones) including “Alligator Seder,” “Blue Ponies In The Stream,” “Knickerbocker Alter Kocker,”  “[I’ve Been] Sober All October” “Your Skinny Skinny Legs,” and “Ragtime Moosepie Love,” which Rudy Vallee recorded three different times.

There’s also “Yonkers Forever,” the only song he wrote on assignment, for the failed 1907 candidacy of John Coyne for Mayor of Yonkers. Coyne gave Trembley the theme and title, and Hank delivered the perfect song. Though Coyne got defeated, the song survived, and has the distinction of being the only Trembley song ever to be recorded by Bing Crosby, and, to this day, more than a hundred years since it was written, still the most beautiful song ever written about Yonkers.

A 1921 movie based on the song was created as a Jolson vehicle, but the star turned it down because he objected to any song in which Yonkers was mentionedf. His suggestion to change it to Paris was one that Trembley found both ludicrous and bizarre. Paris, as Trembley discovered, is not even in New York.

Since no other star at the time was interested, Trembley himself ultimately played the lead role. This was a grave mistake, as Trembley had no talent for acting, and the movie bombed. It was also doomed because all the songs he wrote had to be scrapped, given that it was a silent movie.

Even so, the title song did become a hit of sorts as recorded by the great Bing, with a subsequent duet rendition by Nora Bayes & Jack Norworth. Trembley never appeared in another movie.

From “Yonkers Forever” by Hank Trembley

But the song for which he’s most famous is his classic, “My Miami Mammy,” an immense hit as recorded by Al Jolson. It sold more than one million copies of sheet music in its first month of release.

Born Hyman Trembluchnik on May 11, 1888 in Yonkers, New York, he was the son of Itzhak Trembluchnik, a part-time cantor and pickled herring salesman,  and Esther Zmudjki, a Lithuanian fan-dancer and contortionist. Itzhak, a Russian immigrant, grew up in the village of Rizshishtchov (“a little town that looks like a sneeze and sounds it”) near Kiev.

ForeverAs Alec Wilder wrote in his acclaimed opus, American Popular Song, “Trembley does exemplify the pure, uncontrived Hebraic line more characteristically than any other writer except Kern, with whom Trembley was known to enjoy long swims in the Hudson.”

He started piano lessons when he was only three, but at age five lost two fingers on his right hand to a rabid squirrel, and switched to ukulele. (Unlike his famous peers who wrote their songs on piano, Trembley composed only on uke,  tuned to his signature “Talmudic plectrum tuning.” He could only play in one key – F sharp – but often used a primitive capo he fashioned himself out of squirrel bone and rubber-bands to change keys.)

He wrote his first song at the age of eleven, the Yiddish-inflected “Spin That Dreidel, My Meidel Mit A Kleidel,” and never stopped writing.

“My mother would drink raspberry schnapps, cook tzimas and dance to that song for hours,” he remembered in a 1920 interview with Yiddish Forward. “I knew songwriting was the life for me. The only thing that brought me the same kind of joy was baseball. But missing two fingers. I figured baseball for me was not an option.”

When he was thirteen, he changed his name to the less ethnic Hank Trembley, in honor of his favorite baseball player at the time, Sy Trembley, of the Brooklyn Dodgers.

That same year he wrote the songs and book for a musical revue called Bring On The Borscht, which was presented at Yonkers’ Temple Emanu-El, and starred his first love, a big-voiced 13-year old girl named Fania Borach. Two years later, she changed her name to Fanny Brice, and went on to great fame with the Ziegfeld Follies. Though he proposed to her some seventeen times, according to his own account (and many more than that, according to her own), she resisted a romantic liaison with him, but loved him as a songwriter.  It was his undying passion for her singing and performing that gave her the confidence to triumph.

Never did she forget her debt to Trembley.  “He believed in me from the start,” she said in 1950, “back when everyone said I was a no-talent, ugly girl with a giant schnozz.  He taught me it was okay to be funny, and he also had the best pickled herring in Yonkers.”

Hank wrote his first-ever love-song for Fanny, “Farblondzhet Fania,” which she first recorded herself in 1927. It was recorded several times since then, most famously by Eleanor Roosevelt in 1928, and in 1967 by Tom Jones.

Trembley also wrote a song he based on her compliment about his herring expertise, called “The Best Pickled Herring in Yonkers,” recorded by Belle Baker.      Wilder, in his popular song tome, referred to it as “certainly the worst song [Trembley] ever wrote, and quite possibly one of the worst ever written.” How Wilder and so many others remained unmoved by its intimate evocation of Jewish life at the time remains a mystery, as the song’s charms abound.

I fell for her first time I saw her
In her sweater of red Irish wool
I repressed my compulsion to paw her
As the moon rose up over our shul
I heard all the good angels cheering
Also dybbuks who all  wished me dead
While I spoke of the glory of herring
And prayed someday soon we would wed….

And ever since this, our first Shabbos ride
Her love,  it has made me bonkers
She knows God and I will  always  provide
The best pickled herring in Yonkers

From “The Best Pickled Herring in Yonkers”
By Hank Trembley

Though stories differ in their account of Trembley’s  first experience with swimming horses, which became a lifelong obsession, several insist it was during a 1902 weekend in Atlantic City with his family  that he first saw Floyd Carver’s famous Diving Horses attraction and caught the bug. Others maintain it came from an account of a New York City cop who accidentally rode his horse off the Brooklyn Bridge in 1903; though the cop drowned, the horse saved itself, and swam easily to shore.

Regardless of which story is true, swimming horses became a major theme in Trembley’s work over the next two decades. In 1905 he wrote the first of these swimming horses anthems, “Blue Ponies In The Stream.” When it was performed by Florence Lawrence in the silent movie Palomino Polly, it became a worldwide hit. Families around the country gathered at the piano to play it, sheet music sales skyrocketed, as did sales of a player piano roll of it.

Since eight-fingered Hank could not play the piano part correctly, it was performed instead by Hank’s friend Izzy Baline (who later changed his name to Irving Berlin, and, inspired by Trembley’s success, started writing his own songs. Like Trembley, Berlin also played only in the key of F sharp.)

Suddenly Trembley was a household name, and savvy businessman that he was, he cashed in on the swimming horses craze sweeping through America that he sparked himself. In 1906, he wrote more than a dozen aquatic equine songs, including “My Soggy Appaloosa” and “Dunkin’ Donkeys,”  which years later became the title song of the celebrated western starring Lash LaRue.

But it was in 1919 that Trembley wrote the song for which he’s still most famous, “My Miami Mammy.” Though credited to both Trembley and Al Jolson, in fact Jolson had no part in its authorship, but insisted on credit in exchange for recording the song. Trembley agreed, as did all other songwriters at the time hoping to make a living. The song went to Number One, and has since been recorded by over 612 singers, including Judy Garland, Bing Crosby, Eugene Debs, Ethel Merman, Ethel Waters, Mamie Eisenhower,  Sonny & Cher, Debbie Boone, Norman Cousins, Rosemary Clooney, Norman Fell, Trixie (formerly Victor) Lesko and David Lee Roth.

Its origins, Trembley revealed in 1935, two years past his own death, came from a summer in 1918 he spent in Miami, working in the service of the Jewish mob there – also known as Undzer Shtik, or Kosher Nostra. Needing a summer job, his father pulled some strings, and got him a well-paid internship as a bootlegger during Prohibition, buying bootleg wine from family friend Rabbi Dov Manischewitz, and his twin sons Adolph and Julius, and selling it to various temples. He also learned the ropes of loansharking, gambling, bookmaking, and taxidermy, and devised the successful plan to fix the 1919 World Series. All were talents and skills, he said in a 1931 Russian radio interview, which served him well as a songwriter.

It was during that summer that he met the real-life “Miami mammy” of his song, Ester Litwak, mother of the Jewish mobster Slovenly Tony Litwak. Invited by Tony to a Shabbos dinner at his mother’s Miami apartment,  Trembley bonded with Ester over their mutual appreciation of herring, and wrote several songs for her, of which this remains the only famous one. (Sadly, it remains pretty much his only remembered song.)

In 1920, Hank wrote the songs for a Broadway revue, The Liverwurst Follies,” which starred Ethel Merman, with a book written by George and Ira Gershwin’s younger brother, Gummo Gershwin. Though it opened and closed in less than a week,  it did contain two songs which have since becomes standards, “Cry Me A Liver,” and a song later adapted by Paul Simon, “Fifty Ways To Leave Your Liver.”

Simon, who triggered the emergence of World Music with Graceland in the 1980s, was also inspired (though he’s repeatedly denied it) by Trembley’s early forays  into world music, most notably his synthesis of African tribal rhythms with  Hawaiian ukulele music in 1927’s “Honolulu Zulu,” performed by Mattie Dorsey. Trembley followed that hit with another early world music composition, “Coconut Latkes,” which was recorded by Sy Kershbaum and His Silver Trousers Orchestra.

In the early thirties Hank collaborated frequently with the periodontist-songwriter  Herb “Gefilte” Fischman, and moved to Beverly Hills, where, tragically, his life was cut short in the summer of 1933 in a freak mahjongg accident. (To this day, many historians and card-sharks alike insist his death was no accident but a suicide. Yet the thought of  anyone attempting suicide by swallowing 144 mahjong tiles still seems ludicrous now as it did then.)

But although the man is long gone, his legacy lives on. Inducted to the Songwriters Hall of Fame in 1967 (and deducted in 1971), he remains most beloved in his native Yonkers, especially during the one-week Trembleyfest held each August in Tibbetts Brook Park, where children and adults alike swim with horses in the giant pool there. As he wrote back in 1905, “when you swim with ponies in a stream/life is but a lovely dream.” 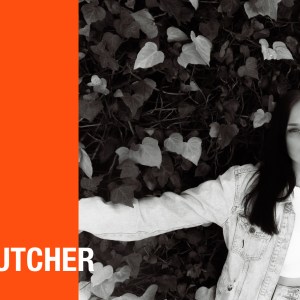 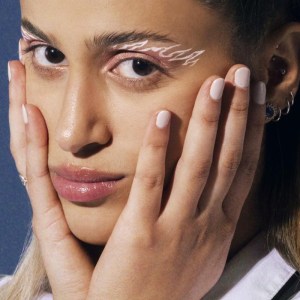