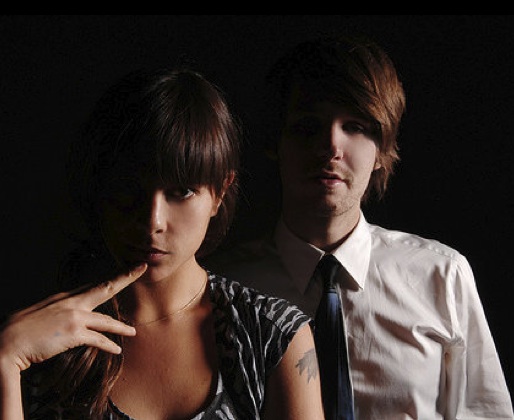 Kyle Ryan and Madi Diaz, the main conspirators of Madi Diaz, joined me for an after show talk during the Rites of Spring festival in Nashville, Tennessee. Despite the cold weather, we discussed their Hawaiian recording ventures, the analogy of sailing and recording, and the birthing process of songwriting.

Kyle: [fidgets with plastic popcorn bag with numb hands] You guys want some?

This Rites of Spring festival might give you a different audience than you’re used to. What do you think viewers will get out of your live performance that they wouldn’t necessarily expect?

Kyle: Well I ripped my jeans [points to torn knee]. So, that’s cool.

Madi: [laughs]. I could barely feel my hands up there. I had to keep looking at them just to make sure they were in the right spot, playing the right chord.

Kyle: Is that right? [He plays air guitar with seemingly frozen hands] I felt like I had to place my fingers individually. It’s cold.

Madi: Crazy weather. Um, I think we communicate a little differently live. I think we play best live, and show that it’s not just about recording for us. We like to showcase the songs, and we think the show went well. And we got cuzi’s, so if they can’t remember the show, they’ll have that cuzi to remind them.

Kyle: I can just see them waking up from a drunken sleep. “Who is Madidi Az?”

So the both of you met in college at Berklee. Can you tell me a little about your first introduction?

Madi: Well, it was one of those things that we met casually and nothing really ever came of it. We’d see each other around, but it wasn’t really anything until we were put on a group project together. Then it kind of started from there.

Was there a defined moment when you knew your collaboration was something unique?

Madi: I definitely felt something with Kyle that I didn’t get with anyone else. It was just always easier with him, like I didn’t have to really explain myself in the ways that I felt I had to with other writers. The uniqueness of that feeling has become more clear over the last few years with all of the time we’ve spent in Nashville writing and working with other people, both with each other and separately.

Kyle: It was just easy. We knew where the songs needed to go, and helped each other kind of get there.

Typically, band mates have different strengths. What do each of you bring to the table?

Madi: Kyle is definitely more the math structural brain, which is great because I get to kind of wander and search for melodies and he comes in and organizes.

Kyle: Madi is much better at finding melodies and hooks. I’m the math nerd who looks at the song structurally. It works out.

Kyle: It was so nice to have him. We felt like he knew exactly where to take us without pushing us into something. Like, “You want to go this way?” and we would be like, “Yeah, yeah that way looks good.”

Madi: It’s sort of like sailing. We would have the wheel, and he’d ask us which way to go, but knew the best way to get there. Even when we were undecided, he was able to atleast steer us away from indifference. You know, like “well, I don’t want to go there,” so he could change the course, but we would totally be on board. Kyle and I had been developing the songs already for quite a little bit so the body of work was essentially there, John just help us push past that and attain something wider. It was so good for us to basically have free reign, and John was so good at pushing us when we thought we had reached our limitations or were circling back over ourselves.

Were there moments in recording the album that were particularly difficult? Difficult songs to write?

Madi: We had written all the songs already. I guess one of the harder things was trying to see which songs fit with this family of songs and why. Trying to create that perfect roundness that you’re dying to hear in anyone’s record. It gets hard to be so objective when you’re so close to something. That was another moment when having Alagia there was really handy because he came into the project with a good bit of perspective.

Kyle: And, we were recording in Hawaii, so that’s really difficult [laughs].

“Can you tell us about “Wherever You Are?” How did that start?

Madi: It starts how any other sad song starts; looking at something that you did in a moment with someone, and kind of analyzing and asking why and trying to answer yourself. That’s kind of one of my favorite things about songs. Picking one moment and taking it to turn it over and try look at it from every direction every perspective and every side. It’s something that I wish I was better at doing in that actual moment but hey…better late than never?

What is your favorite song on the record?

Madi: Hmm. Tough. I think that it’s between “Let’s Go” and “Love You Now.” They’re both songs we’ve lived with for a little while, but I really feel like they’ve been given a new life. They’re just as big and full sounding as I always heard it in my head so that feels good.

What’s your method for songwriting in general? Lyrics, melody, riff?

Madi: Well, I’m really into melody, and Kyle, like we said earlier, really gets the song structurally. It’s kind of like a birthing process. It works together to push out this creation, this thing that’s been brewing inside of you.

Kyle: We’re using a lot of analogies, birthing analogies. But yeah, we tend to balance each other out. We still get caught up in some songs, though. Like “Let’s Go” is one that we’ve been working on a long time. It’s taken a lot of different forms, but we finally feel like we’ve given it what it needed. [Mimics birthing outflow] It’s like the birthing process.

Madi: [Laughs] Yeah, “Plastic Moon” the track the album is named after isn’t even on the record. We feel like it needs a bit more time to be worked on. We really just want to make it sound right. So, the album was kind of in commemoration of that song!

Kyle: Hmm. I will have to say John Lennon, Paul McCartney, and Paul Simon.

Madi: Ah, you took mine. I will say the same and add Fleetwood Mac? Can a group count?

And when can we expect to see your new album, Plastic Moon, released?

Madi: Later this summer! We’re excited about it. 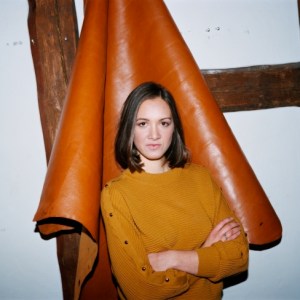 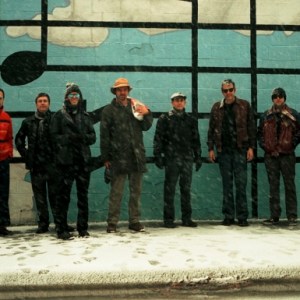