Lindsey Buckingham made a surprise appearance at The Killers‘ Los Angeles show on Aug. 27, playing with the band on their Imploding the Mirage single, “Caution,” and a cover of Fleetwood Mac’s “Go Your Own Way.” Joined by Johnny Marr, Buckingham and The Killers then closed on the band’s 2004 hit “Mr. Brightside.”

Currently on their North American tour with Johnny Marr, The Killers’ first time on the road since releasing their 2021 album Pressure Machine, the band was joined by the on and off-again Fleetwood Mac founding guitarist during their show at the Banc of California Stadium for their encore performance of the three songs.

Longtime fans of The Smiths, The Killers also covered The Smiths’ 1984 song “The Charming Man” along with Marr, during their set that night. The band has covered the Smiths classics like “There Is a Light That Never Goes Out,” “What She Said,” and “Stop Me if You Think You’ve Heard This One Before.”

The Killers recently released their new single “Boy,” a song Killers’ singer and songwriter Brandon Flowers said was the first track the band wrote when their Imploding The Mirage Tour was canceled due to the pandemic, and one inspired by the town in Utah where he grew up.

“I had recently moved back to Utah and started to make trips to Nephi, where I grew up,” said Flowers. “I found that the place I had wanted to get away from so desperately at 16 was now a place that I couldn’t stop returning to. I have a son approaching the age I was at that time in my life. With ‘boy,’ I want to reach out and tell myself—and my sons—to not overthink it. And to look for the ‘white arrows’ in their lives. For me now, white arrows are my wife, children, my songs, and the stage.”

Produced by The Killers, along with Stuart Price and Shawn Everett, the track was released ahead of the band’s current stadium and arena tour—also their biggest to date—which kicked off on Aug. 19 and is scheduled to run through Oct. 10 in Washington, D.C. before it continues on with dates in New Zealand and Australia through Dec. 19. 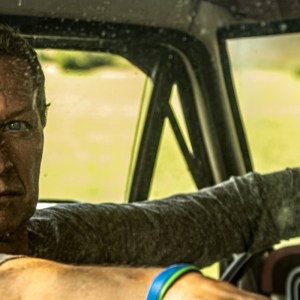