45 years ago today, on November 25, 1976, The Band made music history with their farewell performance, forever immortalized by Martin Scorsese’s concert documentary The Last Waltz.

Yet, the night wasn’t quite an ideal situation for everyone—chiefly, the members of The Band other than guitarist and songwriter, Robbie Robertson.

Robertson was the one who initiated the affair, with the intention of pulling The Band off the road indefinitely to settle into a “recording only” mode of production, like The Beatles or post-1974 Steely Dan. For his reasoning, he’s voiced over the years that he was concerned about the lifestyle the band was adopting—constant drug use, car accidents, total irregularity of their lives, and more all felt like too high of a price to pay. “I was telling the guys in the Band, ‘I like the music we make together, but I don’t want to go out there with it anymore,’” Robertson said in 1992. “We [weren’t] learning from it, we [weren’t] growing from it.”

Nonetheless, the other members of the band weren’t quite convinced—still, Robertson got his way and the show was booked. Writing years later in his 1993 memoir This Wheel’s On Fire, drummer, and vocalist Levon Helm revealed: “Today people tell me all the time they love The Last Waltz… I try to thank them politely and usually refrain from mentioning that for me it was a real scandal.”

The tension between Robertson and his bandmates is palpable in the film, which itself was a bit of a precarious operation—arranged all within the span of six weeks, Scorsese and the team didn’t have a lot of prep time. Even during the show, there were a few near-misses of catastrophe. In one famous episode, Dylan decided during intermission that he didn’t want to be filmed for fear of detracting from his own film, Renaldo and Clara, which he had just finished directing. This was bad news because Warner Bros. had only agreed to fund the film on the condition that it would feature Dylan… so, Robertson, Scorsese, and the crew went to the show’s promoter, music industry giant Bill Graham, who spoke with Dylan and got him to agree to be filmed for two songs. One of those two songs— “I Shall Be Released”—went on to be the closing number of the film.

And perhaps that’s one of the most compelling angles of The Last Waltz—for as beloved as it is today, it wasn’t all smooth sailing. Compared to the crisp, glossy concert documentaries of today, Scorsese’s shots and interviews capture candid documentation of an irreplicable moment in cultural history.

So far as the actual concert itself goes, however, it surely was a once-in-a-lifetime affair. For the 5,400 folks who attended, their $25 ticket—which would be around $120 in 2021—bought them more than just a monumental musical performance. For those who arrived early, a legitimate Thanksgiving dinner was prepared and served by a staff of 300.

Yet, beyond all the circumstances, what folks remember most from that wondrous night is the music itself. With top-notch performances, world-class songs, and some of the greatest players of all time, it’s a true magnum opus for what the rock’n’roll generation was able to achieve. For that alone, it will remain a cherished part of American culture for decades to come.

Listen to The Band and The Staple Singers perform “The Weight” at The Last Waltz below: 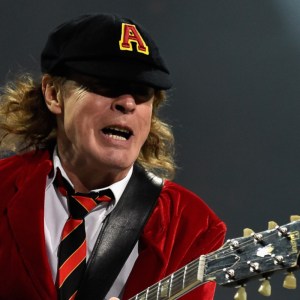 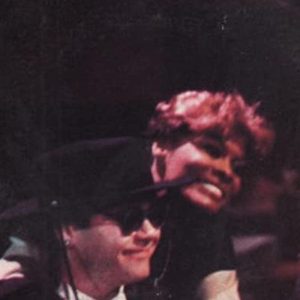