In May, the band—led by singer-songwriter Stephin Merritt—released their 12th studio album, Quickies, a concept record featuring 28 “quick” songs shorter than two minutes and 30 seconds.

Prior to COVID hitting, they were scheduled to hit the road with a residency tour of City Winery locations across the country—with the arrival of the pandemic, those plans were put on hold.

But now, in fall 2021, the dates have been rescheduled. Kicking things off in their hometown, Boston, on October 23, the band will go on a seven-city, 20-date tour, playing songs from throughout their 20-year career.

Known for their seminal concept albums—like the legendary 69 Love Songs and retrospective 50 Song Memoir (2017)—and their “modern classics,” like “Papa Was A Rodeo,” The Magnetic Fields have established themselves as one of the more enduring and meaningful musical legacies in recent decades. And with how intimate City Winery is, the upcoming residency is set to be a fantastic exposition of The Magnetic Fields’ inimitable work.

The Magnetic Fields are set to hit the road, playing a residency at City Winery locations around the country. Get tickets HERE. Check out the dates and watch the music video for “I’ve Got a Date with Jesus” below: 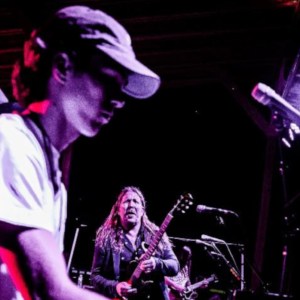