The Rolling Stones remain one of the biggest bands in rock and roll music today.

And the U.K.-born group is sharing the love.

The band recently brought in the dreamy band Echo & the Bunnymen to open their show in Liverpool for the upcoming 60th-anniversary tour. Now, the ‘Stones have revealed a number of other big-name openers.

For the band’s show in London’s historic Hyde Park, the “Paint it Black” group has tapped Phoebe Bridgers, The War On Drugs, Courtney Barnett, and more to set the stage.

The gig, which is slated for June 25, also includes Vista Kicks, JJ Rosa, and Kelly McGrath. And the band’s July 3 show will be with Sam Fender, Courtney Barnett, Christone Kingfish Ingram, The Dinner Party, and The Flints. Fans can purchase tickets here (while still available). All dates are listed below.

Touring for the shows, The Rolling Stones consists of Mick Jagger, Keith Richards, and Ronnie Wood. The band will also be joined by new drummer Steve Jordan, who is filling in for the late Charlie Watts, who passed away last year.

The band also recently released a new live album of a legendary surprise show they played for just 300 people under a fake name in 1977 in Toronto. That album, Live At The El Mocambo is available now. And the band is slated to release a box set of 7″ singles from 1963 to 1966 on June 10.

Check out the band’s full list of upcoming tour dates here below. 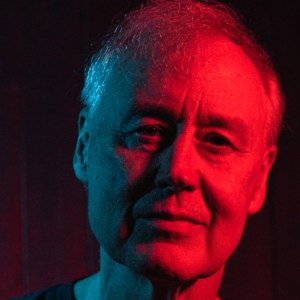