Andy Warhol’s reimagined Prince art pieces from the 1980s have reached the Supreme Court, following ongoing litigation over the copyright of the original photograph used in the series. The Supreme Court will decide whether the late pop artist violated copyright law by drawing on a photograph originally taken by famed photographer Lynn Goldsmith for his series of Prince images.

The black and white photo of Prince used by Warhol was taken by Goldsmith in 1981 and shows the artist posed against a white background with purple eyeshadow and lip gloss. Goldsmith, whose work has appeared on more than 100 album covers, licensed the photo to Vanity Fair for the 1984 article “Purple Fame”, which appeared in the magazine around the time of Prince’s album Purple Rain. At the time, the magazine also commissioned Warhol to produce an image of Prince, which they would use within the story.

Warhol then altered the Goldsmith image by cropping the photo and coloring it in. The image was then used in the article by Tristan Vox with attribution to Goldsmith. Warhol’s reimagined image was a “flat, impersonal, disembodied, mask-like appearance” as described by The Andy Warhol Foundation for Visual Arts (AWF), which retains the copyright to Warhol’s Prince Series of images.

Warhol then went on to create 15 additional works within the Prince Series, based on the same Goldsmith photograph prior to his death in 1987.

When Vanity Fair published a special issue celebrating Prince’s life following his death in 2016, the images were used without any credit to Goldsmith. In late July 2016, Goldsmith contacted AWF and brought to their attention the “perceived infringement of her copyright,” according to the Court of Appeals papers. That November, Goldsmith registered the Goldsmith Photograph with the U.S. Copyright Office as an unpublished work, and in 2017 the Warhol Foundation sued the photographer; Goldsmith then countersued AWF.

In court, a federal trial judge said Goldsmith’s copyright was not violated because the work by Warhol was “transformative” and was fair use. A work is transformative if it “adds something new, with a further purpose or different character, altering the first with new expression, meaning or message.”

In 2021, a federal appeals court said that the Warhol Prince series retained the essential elements of the photograph without significantly altering them and added that new work must have a “fundamentally different and new artistic purpose and character.” The angle of Prince’s gaze, the shadows around his eyes, and the reflection in his eyes of Goldsmith’s lighting equipment are still intact throughout Warhol’s pieces, according to the appeals, which doesn’t make them “transformative” enough.

Judge John G. Koeltl of the Federal District Court in Manhattan stated that the artist transformed the image of Prince “from a vulnerable, uncomfortable person to an iconic, larger-than-life figure” from the original Goldsmith photograph. “The humanity Prince embodies in Goldsmith’s photograph is gone,” added Judge Koeltl. “Moreover, each Prince series work is immediately recognizable as a ‘Warhol’ rather than as a photograph of Prince, in the same way that Warhol’s famous representations of Marilyn Monroe and Mao are recognizable as ‘Warhol’s, not as realistic photographs of those persons.”

On March 29, Goldsmith responded to the ongoing case on social media and said she is ready to continue her fight in the highest court.

“Yesterday The Supreme Court announced it will review the decision of the U.S. Court of Appeals for the Second Circuit protecting my copyright in my photographic portrait of the musician Prince against a challenge brought by the Andy Warhol Foundation,” wrote Goldsmith. “Five years ago, the Foundation sued me to obtain a ruling that it could use my photograph without asking my permission or paying me anything for my work. I fought this suit to protect not only my own rights, but the rights of all photographers and visual artists to make a living by licensing their creative work—and also to decide when, how, and even whether to exploit their creative works or license others to do so.”

She added, “I look forward to continuing that fight in the Supreme Court.” 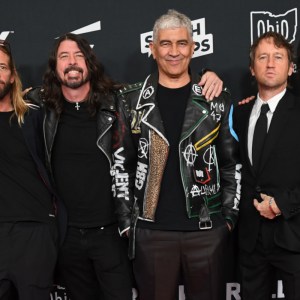