Originally, the band, fronted by Mark McGrath, played heavier funk metal and even “nu metal” but the band earned mainstream success and popularity in 1987 with radio-friendly songs like “Fly.”

With the success of that track, the group shifted its musical focus to later release the album 14:59, which became a best-selling record. That album featured songs, “Every Morning” and “Someday.”

In 2001, the group released its self-titled album, which included the hit single “When It’s Over.” Two more albums followed, In the Pursuit of Leisure in 2003 and Music for Cougars in 2009. The band continued to tour and perform well into the 2010s.

Later, in 2019, Sugar Ray announced somewhat of a comeback with the release of its seventh studio LP, Little Yachty, with the song “Make It Easy.” Here are the band’s Top 10 songs.

Appearing on the band’s 1997 album, Floored, this song is actually on that LP twice. One version with reggae artist Super Cat on track four and then again without Super Cat on track 13. The song is Sugar Ray’s most recognizable song to date. I just wanna fly! sings McGrath.

From Sugar Ray’s album, 14:59, this was the second single from the 1999 LP. It hit No. 7 on the Billboard Hot 100. To date, the vid for the acoustic-forward track has garnered 27 million views on YouTube alone. Showcasing McGrath’s raspy-pop voice, the track was a major radio hit.

Released in 2001 as the lead single from the band’s self-titled LP, this track hit No. 6 in New Zealand and No. 13 in the U.S. Another acoustic-driven song, the breakup track was perfect for mixtapes or mix CDs in the early era of burning albums on laptops.

Released in 2019 on the album Little Yachty, 10 years after the band’s last album, “Make It Easy” was the lead track from the LP. In a live version below, McGrath says “miracles do happen” as he celebrates signing to a major label 25 years after he and Sugar Ray did for the first time.

Sugar Ray released the jaunty song “Into Yesterday” for the movie soundtrack of the animated film Surf’s Up. Previously, the song had been unreleased. Afterward, the group toured Asia, headlining the SingFest international music festival.

From the band’s self-titled 2001 album, this song featured pop beats, acoustic guitar, and McGrath’s signature energy. It’s easy to imagine him on a beach somewhere in his native California, singing this song with tiki torches and beach balls bouncing everywhere. It even features DJ scratching for fun.

A rock song mixed with pop and a touch of hip-hop flare, this song comes from the band’s 1999 album, 14:59. It almost sounds like a Weezer song with McGrath playing the role of Rivers Cuomo, wailing into the mic. The storytelling song is about love lost.

From the 2001 self-titled LP, this tune was a minor hit from the band. Electric guitars meet rampaging drums. It’s more pop-punk than other prominent songs from the band. A bit more emo than pop.

From the band’s debut studio album in 1995, Lemonade and Brownies, “Mean Machine” was later—after the band earned success from the 1998 LP, Floored— featured on the PlayStation game, Road Rash 3D, also known as Road Rash 64 on Nintendo 64. The song marks the band’s early transition from metal and rock to more pop-focused tunes. It shreds more than it sings. 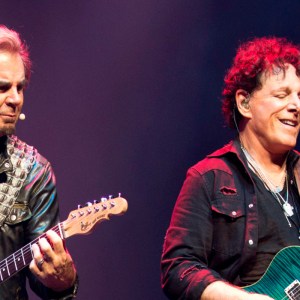 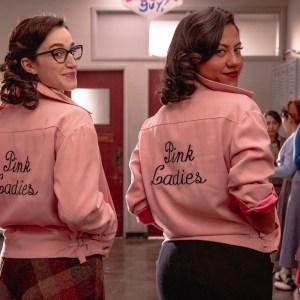