In just one year, a fun experiment for songwriters Abigail Barlow and Emily Bear evolved into a Grammy Award-winning album. On Sunday (April 3), The Unofficial Bridgerton Musical won the Grammy Award for Best Musical Theater Album.

The Unofficial Bridgerton Musical is a musical theater album based on the hit Netflix series Bridgerton. After watching the show last year, 20-year-old Bear and 23-year-old Barlow began reimagining the story as a musical on TikTok. With Bear composing the music on piano and Barlow writing lyrics and singing, the duo became incredibly popular.

Millions of people followed the Bridgerton project on TikTok, with their videos amassing over 273 million views combined. In September, they released The Unofficial Bridgerton Musical, a full-length album featuring all the songs they posted online throughout the year.

Barlow and Bear gave a tearful acceptance speech, thanking everyone who followed their journey from the beginning. “A year ago when I asked the internet ‘What if Bridgerton was a musical?’ I could not have imagined we would be holding a Grammy in our hands,” she said. “We want to thank everyone on the internet who has watched us create this album from the ground up. We share this with you.”

Bear, who has been very public in her advocacy of female composers, added that she hopes to see more female composers at the Grammys in the future. “I just have to say, this is really for all of my fellow female producers, composers, engineers, that are still struggling to gain recognition and support for what we do,” she said. “It’s not that we don’t exist — we do.”

Listen to The Unofficial Bridgerton Musical HERE, and watch Barlow and Bear’s acceptance speech below! 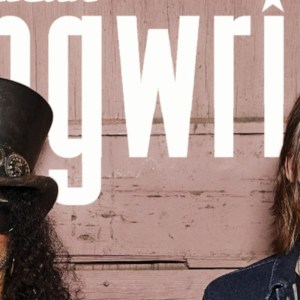