After over a year of not playing any proper headlining shows, Trampled By Turtles is back and ready to hit the road for a series of gigs this summer and a grand tour this fall.

Set to share their mind-melting bluegrass chops and heartfelt songwriting with audiences across the country, these shows—kicking off with a June 24 performance in Columbia, Sout Carolina—will be an exciting adventure for the Minnesota-born band and their loyal community of fans. Co-headlining most of the fall dates alongside Mt. Joy, the tour will also feature shows with Wilco, Caamp, Erin Rae, Katie Pruitt, The Ghost of Paul Revere, Daniel Donato and more.

“I’m very excited about it,” frontman Dave Simonett told American Songwriter. “I’m really most excited to get back together with the band and the crew. I mean, these folks are like family members to me. I spend more time with anybody, usually—I really just miss everybody and everything.”

And considering the year the world just went through, there’s a lot of extra weight behind those words. The past 12 months sans live shows have proved to be pretty transformative and perspective-altering for Simonett and his bandmates.

“Initially, it was just kind of chaotic,” Simonett said. “Shows were getting canceled, tours were getting canceled. We were just wondering what was going to happen, it was a lot. Everything was really tough. Then, eventually, it became clear to everybody that there’s not going to be any live music this year. I don’t know how to really explain what that felt like, there were so many emotions wrapped up in it all.”

At first, the band was a little unsure of how to proceed. After being on the road for so many years, the sudden jolt of returning to home life for months on end was a bit uncharted. But soon, they began to settle in.

“We were just like everybody else—now even not limited to music—thinking ‘What the hell are we gonna do?’” Simonett said. “We didn’t know how it was going to be. But, once I was settled down and we kinda accepted the fact that we weren’t going to play, I began to embrace it. I spent so much time with my kids and my partner, we went on camping trips and things like that. I felt like I was making up for lost time. In a lot of ways, I’m a very lucky person because I didn’t lose anyone close to COVID. For me, this past year was actually one of my favorites. Once I accepted it, I was able to find other things to occupy my time. In that way, it was really great.”

Simonett occupied his time in a lot of different ways. At first, these other ventures were in the non-musical department—for a period of time, he even worked a day job helping a friend with some carpentry work. After a few months, however, that old urge to write began to knock on Simonett’s door again.

“It took me a long time to get there—at the beginning of the shutdown, I couldn’t write a damn word,” he said. “I talked to a lot of other writers and they reported a similar thing. I’m not sure if it was an existential dread thing or what. But, as I got settled in, I started to write a lot—I even put out a solo EP in that time. I was able to settle in and find this new space to try to create in, which felt good. I’m excited about it. It’s just been kinda continuing since then. Now, we are looking at working on a new album, and we’re really excited about that too.”

And with the slew of dates coming up, Trampled By Turtles really does have a lot to be excited about. “I’m not really nervous,” Simonett said. “Maybe a little bit about performing, but not a lot. I feel like once we get together, we’ve been doing it long enough where a lot of it’s just kind of second nature. So, I’m really excited about getting everybody back together, being with each other and then going out and doing this thing that—like any other band—we took for granted. I don’t think that’s going to be the case this time.”

Trampled By Turtles will be embarking on tour this summer and this fall with Mt. Joy. Watch a live performance of their song “Annihilate” and check out the full list of dates below: 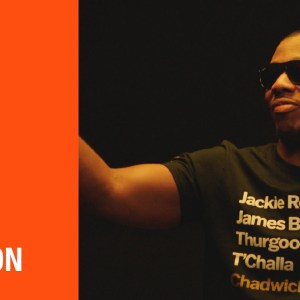 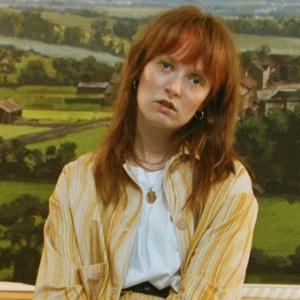