Search
Cart 0
Menu
9. “Hearts And Bones”- While contemporaries were courting MTV in 1983 with glossy dance tracks, Simon was writing twisting, profound relationship songs like this title track to his most underrated album. The marriage of the “One and one-half wandering Jews” (Paul and former wife Carrie Fisher) may not have survived the romantic pitfalls Simon eloquently renders, but their “arc of a love affair” is endlessly captivating nonetheless.

All songwriters and music-lovers, usually, can name those albums they loved and in which they found timeless, expansive greatness; the albums that impacted their lives in the season of their creation and persist in doing so, and so intimately and profoundly that we cherish them forever.

And yet we realize, with some incredulity, that while some of these albums are almost universally accepted as great, others have been roundly ignored by most of the music-loving mass of humanity, or worse. These are the under-appreciated masterpieces. Those albums which represent both the greatness of an artist, as well as the artist’s brave singularity, in the intrinsically ambitious attempt to not repeat one’s self but to do something new in this form, something different but still appealing.

It’s what led the late Gary Stewart, a music lover who worked for years with Rhino Records, first when it was a record store and then after it became a major label, to start a website called Trunkworthy. He did it precisely to celebrate these great if underloved albums, and to celebrate them in a way which could maybe even erode the unjust reception that hindered any accurate measure of their worth and importance.

Soon as I heard of this idea, like many I’m sure, I began to compile a mental list of those albums I felt deserved inclusion. There are a notable few in recent history which have suffered from what can be considered the Heaven’s Gate reaction. Heaven’s Gate being Michael Cimino’s epic 1980 western; because it was long and so expensive at the time, almost everyone accepted the judgment that it was awful. But did they see it? It is an astounding film in so many ways.

That reaction is not uncommon. When humans hear almost everyone in their world express a single opinion with no apparent detractors, it’s easy to be swept up into that concord. It’s the same effect to darkly color so many albums, including Joni Mitchell’s Mingus, a masterpiece of songwriting and record-making which most of the public – even her fans – rejected. And rejected without giving it a real chance in their lives. Yet, like so much of what she did, it is miraculous. And singularly so, even in her career, as it was the only time she collaborated on the writing of each song. (By writing brilliant lyrics to the beautifully complex music of jazz genius Charles Mingus).

It’s understandable why people that never enjoyed her music would not love Mingus. Yet given that Joni’s albums leading up to it were more impacted by jazz, and featured jazz giants Jaco Pastorius, Wayne Shorter and Herbie Hancock, it wasn’t that drastic of a change from the recent ones, like Hejira and Don Juan’s Reckless Daughter. Mingus, with a glorious deep melodic power and also exultant songs, with horn sections bursting with Jaco’s inspired horn charts, Joni’s voice and spirit, and her brilliant words. What’s not to like?

And that greatness that was alive in Mingus then remains undiminished by all these decades. Why it never received the love might be because it wasn’t given a fair shot.

Some music, because it is so different from what we are used to, requires many listenings before we can truly grasp what is there. Joni’s albums have always required repeated listenings. But Mingus especially.

So that one would be near the top of my list of underappreciated albums.

I recall once talking to him about the idea of perfection in a song; he said there were a few of his he felt were almost perfect, but not many. I said I felt his song “Hearts and Bones,” the title song of the album, was perfect. This seemed to surprise him, as it clashed with what he accepted as the world’s official reaction to it. But then he thought about it and said, yeah, it’s close. Maybe not 100%, but near there.

Invited to contribute liner notes to his first boxed set, Paul Simon 1964-1992, I was given the task of writing about this album. He got Phillip Glass to write about the later years, so I was in esteemed company. That job was a delight and a serious challenge, as any attempt to fully express the power of these songs is always a daunting one, but especially if intended for one of his own albums.

Each of the songs included, coming as they did from the heart and mind of this songwriter, contained multitudes. It would have been easier to write a book about each one than to condense all of it into the liner note limits. There was ample space offered for this, printed in a long vertical book that came with the set. But it wasn’t limitless, essentially, which was a problem at first.

For example, “Rene and Georgette Magritte (With Their Dog After The War).” It’s a song which is a universe unto itself. Quickly I had amassed thirty pages all on this one song. All of which added up, admittedly, to what Dylan called “too much and not enough.” That with all this thinking, writing, analysis, reflection and certainty, I’d written circles around this thing without getting to the main point.

Yet one truth remains, which is that the greatness of this album has not diminished. But what has changed is the judgment of it in the world. I’ve since come to know so many great songwriters who revere Simon, and they love this album as much as any of them. And do so, usually, without any knowledge of its reputation.

And so the work continues, to explore, study, analyze, bask in its glories, obsess even, and continue to sing the praises of Hearts and Bones. And all those albums that were great and somehow fell prey to the Heaven’s Gate effect.

[This can also be called the Ishtar effect, another great movie that got rained on. For songwriters, especially, it is one of the best, and funniest movies about songwriters. Paul William’s intentionally bad songs for it are genius.)

Though overtly expressing personal reasons for loving an album is something I’ve avoided almost always through the decades, for this I must take a different route. Because how songs resonate in our own lives, and albums, has a lot to do with how they exist in our lives, and why they matter so much to us.

Writing about music, as has been famously said, is about as useful as dancing about architecture. Words alone can never entirely fully express that which is instrinsically beyond words. That is why music is so powerful, and why it’s been said that all arts aspire to the level of music.

So any attempt to truly touch that realm with words alone is bound to fail, Some get closer than others. Yet even this writer’s admitted use of intentional hyperbole, which is not phony but an accurate expression of my genuine reverence for miraculous songwriting has been perceived as “gushing.” As if it is phony. It isn’t. Yet those behind the words are expected to use more restraint, so as to be taken seriously. But never did I want to play that game, as that would be phony, to pretend I wasn’t in utter awe.

Certainly this deep reverence came from a lifelong hunger to hear new music, which would be received with much gratitude and joy. In my life growing up, few things were ever as inspirational or enriching as getting a new album. Back then we had no computers or cell phones or even TVs in our rooms. But we had record players, and that is what mattered to me. Any album at all that came into my life was momentous. It brings home the understanding that how much songs matter in our lives has to do entirely with how we receive them, and if we choose to keep them in our lives.

As Leonard Cohen said when I asked him about the concept of meaningful songs, that meaning is determined not be the song or the songwriter, but by the listener.
He said there will always be meaningful songs for those who attach them to meaningful moments in their own lives. Even those songs we might consider unworthy.

So that is an expansive introduction to the main subject, about why certain albums for us forever impact us. In Part 2 we will get to the heart of the thing, and yes, also the bones, of why Paul Simon’s greatest underappreciated album is great.

End of Part One. 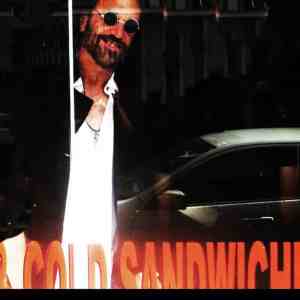 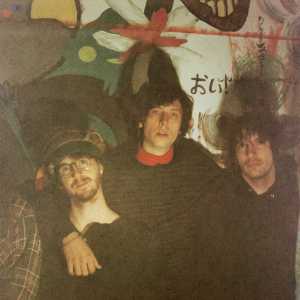