You gotta have faith!

And for those who do, it’s paid off—at least when it comes to the new George Michael documentary.

Yes, there’s a new doc in the works portraying the life and career of the famed “Faith” singer. Once perhaps the biggest name in popular music, the now-late-George Michael returns for “his final work” as the narrator of the new film.

That “deeply autobiographical” movie, George Michael Freedom Uncut, is set to drop as a “global cinema event” on June 22.

In the documentary, the British-born pop star, who experienced the highest highs and some of the lowest lows during his career, reveals the inner workings of his mind as he was at the top of the charts.

Tickets are on Sale today for Cinemas Worldwide HERE. And fans can check out the new trailer for the doc below.

And in other news, Michael’s Twitter feed shared that a new box set celebrating the artist’s work is due to drop later this summer on July 8. 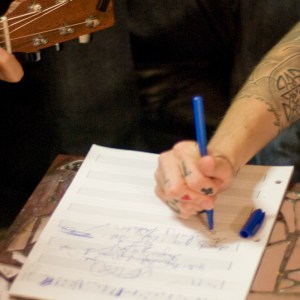