Nashville-based, 70’s-throwback outfit Gwen Levey and the Breakdown recently made their powerhouse debut with “Love the Thorns,” a boot-stomping country ode to the power of unconditional love. “Love the Thorns” is the first single off the band’s forthcoming freshman EP titled “Gypsy Soul,” a record they claim is “influenced by the freedom and psychedelia of a bygone era.”

“When I’m in need of mental and spiritual inspiration, I turn to my guitar and voice to get whatever I’m feeling out,” lead vocalist Gwen Levey told American Songwriter, a feeling best supported by her attention-grabbing vocal performance and impressive dynamic range. In an age where genre can be difficult to define, it is songs like “Love the Thorns” that remind the listener what the heart of country music sounds like.

The track’s echoing hook, “’You’ve gotta love the thorns if you want the rose’, really hit home when it came to describing how I grew up learning from their marriage,” Levey explains. She further recalls, “I am an only child, so I got a front row seat watching my parents 35+ year marriage over the years. It had its ups and downs, but they persevered through the many highs and lows that came their way with their intense love for each other.”

Prior to the COVID-19 pandemic, the band could often be found performing in notable Nashville music venues. “I feel like live performance is where I really shine. There is nothing like the connection I feel when singing to an audience. It’s an incredibly healing and powerful experience. With that being said, hopefully once music venues reopen, we can all gather around a stage soon and heal together,” an arguably universal attitude.

“I want people to feel empowered by this song. It’s not only a rock anthem, but also a country anthem at the same time. I think that it’s been a long time since both of those genres have successfully merged together the way that bands like Fleetwood Mac did it. And their songs stand the test of time. This song is very much an homage to them and all of the great country and rock greats who I look up to.”

Check out “Love the Thorns” by Gwen Levey and the Breakdown below. 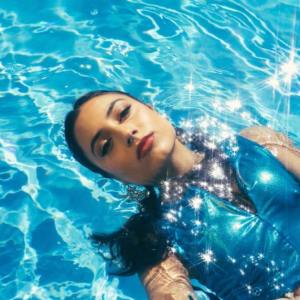 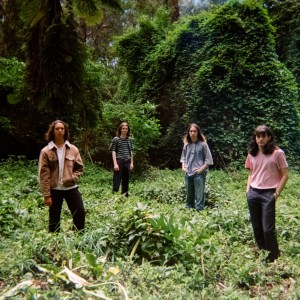