Opening today, August 21, 2021 at The Hammer Museum in L.A. is The Histories (Old Black Joe), a multimedia installation by the artist David Hartt with a quadraphonic orchestral arrangement by our friend, the legendary Van Dyke Parks.

This singular collaboration of artists, both of whom share a love for history and its lessons, is part of the museum’s Hammer Projects, and will run through January 2, 2022.

Admission to all exhibitions at the Hammer is free. No reservations are required. Starting this Tuesday, August 24, the museum will be open Tuesday to Sunday, 11 am to 6 pm. It is closed on Mondays.

That the word “legendary” often precedes his name in the press, as well as the word “genius,” it’s not your usual random hyperbole. He’s earned that distinction over decades of remarkable, complex and inspirational work. Often a genius among geniuses, as when working with Brian Wilson, Randy Newman, Lowell George and others, he has consistently brought the fullness of his genius and lifelong passion for music. His orchestral arrangements bear his signature always of brilliantly lush, intricate and ingenious rhythmic and harmonic invention, often unexpected, never conventional or uninspired, and surprisingly and delightfully right.

He often has woven musics of other cultures into his music, as he did with Japanese music on his own 1989 album Tokyo Rose, and just this year Van Dyke Parks Orchestrates Verónica Valerio: Only in America, a great collaboration with the singer-songwriter-harpist Verónica Valerio from Veracruz.

This time he is merging the music of the Caribbean with that of 19th century America, a time in which slavery was abolished in America, while racism itself was thriving. Stephen Foster’s “Old Black Joe” is Hartt’s chosen theme song, a parlor song from 1860, a year before the Civil War. It’s a melancholy song of this man standing between the ages, literally but never fully unchained.

Into this American song Van Dyke mixed in Caribbean music as only he could do. And since Histories is an art installation viewed by people in motion, he created the music with an extra sonic dimension not even in his usual toolbox: quadraphonic sound – often called ‘surround sound’ – which has four audio channels instead of stereo, which has two.

“Quad fascinates me,” wrote Van Dyke. “Finally, I have a place to experience it.” Being Van Dyke, as eloquent with words as with music, he summed up the irony of using this modern, if already long outmoded, machinery to evoke histories of ages past:

“I composed a quadraphonic soundtrack,” he wrote. “Quad – a naturalist’s nirvana in this study of Caribbean post-Colonialism.”

The artist, David Hartt, was born in Montreal in 1967, studied at the The School of The Art Institute of Chicago and the University of Ottawa, and lives now in Philadelphia, where he is an Assistant Professor, in the Department of Fine Arts at the University of Pennsylvania.  He’s had exhibitions around the world, and many in his old stomping grounds of Chicago. He’s had shows there at the Art Institute, the Museum of Contemporary Art, and The Museum of Contemporary Photography, with works in all of their permanent collections. He’s also had shows at the great Zolla-Lieberman gallery, in addition to galleries and museums in cities around the world..

About his collaborator, Van Dyke wrote, “Discover Hartt – and all that name suggests – to discover America.”

The Histories reflects the 19th century intersection of culture, geography and colonial American history. Its central symbols are a pair of tapestries created with a Jacquard Loom, which was a newfangled (for 1801) weaving machine invented by Joseph-Marie Jacquard to essentially automate weaving. It removed the imprecise human element from the process with the use of the first-known punched data cards.

The third is an historic American songwriter, Stephen Foster, the songwriter of “Oh Susanna,” and countless other famous songs (1826–1864). As the first official professional songwriter in America, he was also the first songwriter to be exploited and cheated by music publishers.

Foster’s song “Old Black Joe” has endured as a dying slave’s lament even though the bulk of his songbook was written for blackface minstrel shows.

David Hartt invited Van Dyke to bring his signature orchestral genius to an arrangement of this song. And, as he’s famously done through the decades, Van Dyke delivered in full.

Given that the use of quadraphonic sound was mostly discontinued in the 1970s, we asked how Van Dyke composed and recorded this music.

“I produced the discrete stems in wave forms at a friend’s home studio,” he answered. “Both blown and bowed instruments were recorded and/mixed there.

“Lightning bolts across the interior,” he said, “Thunder follows with rains, and a 6 ½ minute loop punctuates the tropical focus of plantation and post-colonial realities.”

The shared space of Hartt’s installation offers an opportunity to study and listen to cultural pasts once removed, reflecting on the history of empire, postcolonial identity formation, and the roles of painting and music at the intersections of race and geography.

Hartt’s tapestries are based on the location depicted in Duncanson’s famed painting Blue Hole on the Little Miami River (1851) and the Maracas Waterfall in Trinidad, a site represented in several of Cazabon’s paintings.

Hammer Projects are single-gallery exhibitions highlighting the work of contemporary artists from around the globe, often presenting new work at a pivotal moment of an artist’s development. Ongoing since 1999, Hammer Projects is a signature series within the Hammer’s exhibition program. 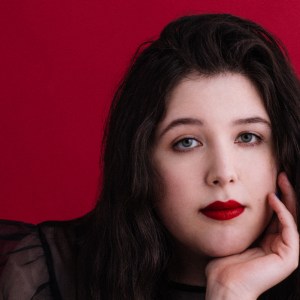 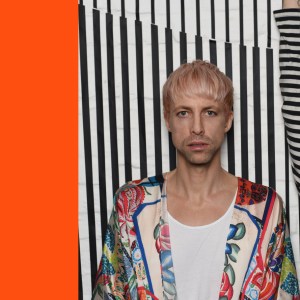