The legendary songwriter/composer expanded his comments on`Histories (Old Black Joe),‘ his collaboration with David Hartt at the Hammer Museum in Los Angeles

Like many other writers about music, art, and other consequential human endeavors, when striving to make sense of how artists exist in modern times, I’ve turned to Van Dyke Parks. Why? I’ll defer to the great Eric Idle from Monty Python, who answered this question best when introducing Van Dyke in concert at Largo here in L.A. a few years back.

“Van Dyke Parks,” said Idle, “is not a genius. He is a fucking genius.”

As someone who has known him for more than three decades now, I would agree.

He’s also very funny, warm-hearted, and gracious. After we published our first piece on Histories, his collaboration with the artist David Hartt, he messaged with added reflections on this work. It was an elaboration worth preserving. We asked for his okay to publish.

In it, he refers to Discover America, the second of seven solo albums he made while at Warner Brothers. With its covers of Calypso folk songs and more, it’s the album that first drew Hartt to Parks, and inspired him to invite Van Dyke to compose music for this project.

As we detailed here, the exhibit is Histories (Old Black Joe,) an installation of two tapestries at the Hammer Museum in Los Angeles. It will be on exhibit until January 2, 2022.

Van Dyke composed its soundtrack, a repeating loop that plays continually. For this, he used quadraphonic sound for the first time ever-  – four channels of sound instead of stereo’s two – and delighted in it.

“Quad,” he said, is “a naturalist’s nirvana in this study of Caribbean  post-Colonialism.”

VAN DYKE PARKS: “I must caution you that [Histories] is a room with two tapestries, woven from cashmere and silk, in Belgium. Their images are drawn from the black American artists from Trinidad and the Hudson School of art.

It is the magnitude of the artist that drew me to this project. [David Hartt] approached me outta the blue, having appreciated my use of tropical vernacular.

In his first email to me, he said he was impressed by my respect and affection for the culture, my sense of humor—and the underpinning of Commentary that orbits around racial divide—-so evident in Discover America.

All this reduces to two tapestries of arcane significance—and the articulate drive of one David Hartt.

What thrilled me was to work outside the critical box of normal pop/rock pablum—-in the epic novelty of quad sound and in providing an ambient value—with anecdotal events that underscore the post-Colonial racial divide….with otic confection.

With no schematic—and no leash tethering me to length or content—I was ad hoc all the way.

It was only my moral compass, and the memory of driving through the South of the U.S… the only Anglo on a tour bus of twenty eight gents from Trinidad’s Esso Steel Band.

That was a eureka odyssey for me—-up to the bus crash that ended our efforts… Yet, Discover America I did, with the resulting album.”

Admission to all exhibitions at the Hammer is free. No reservations are required. The museum is open Tuesday to Sunday, 11 am to 6 pm. It is closed on Mondays. 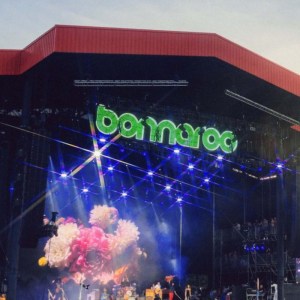 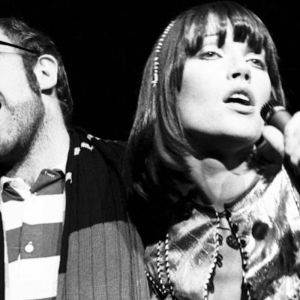