“I encourage everyone, ” said Stevie Kalinich, “if you want to express something, don’t think it’s good or bad, just do it.” He’s a legendary and beloved songwriter and poet, best known among music fans for songs he wrote with The Beach Boys, especially “Little Bird,” which he wrote with Dennis Wilson. He’s also written songs with Brian Wilson, and had his songs sung by Paul McCartney and others.

He was also best friends with the late, greater than great P.F. Sloan, songwriter of “Eve of Destruction,” “Secret Agent Man” and countless other classics. P.F. – or Phil as we knew him – also was a close and dear friend of mine, and it was at his memorial that Stevie and I bonded and became pals. I gave the eulogy, Stevie read a beautiful poem, and the great Rumer sang “P.F. Sloan” by Jimmy Webb.

Ever since Stevie and I have been close friends, often I’d go visit him and have lunch at Factor’s Deli, near his west-L.A. home. Often my son Joshua Zollo accompanies me, as Stevie is one of my few friends Joshie loves and respects. After all, Stevie is a genuine artist. Which is rarer than people know. A man of purity, his work is always affirmative but not escapist. Whether written, painted, or sung, his work always has the essence of the man: joy, love, compassion, clarity, and visions of humanity in all its guises.

Also Stevie, more than any of my friends except one, really loves my son and always asks about him.

But during the entire lockdown, we never saw Stevie in person. So last week, now in the Spring of 2021 with our house arrest finally done, Joshie and I met Stevie for dinner, and afterwards went back to his home.

Stevie mentioned a few times during lockdown that he’d been painting a lot. Since he turned 70, he said, his painting has expanded and he’s been busy creating new art. He paints on canvasses but also on found objects – such as boxes – so much of the work is like sculpture as well, and can be seen from every side.

But I had no idea whatsoever about how much painting he’d done during the long season of seclusion. Turns out he’d been painting almost every day. As he says in the video, he’d paint on days even when he wasn’t feeling well. Asked if doing art made him feel better, he said no; but it helped him endure. The result is staggering to see in person, as there are pyramids of paintings all over his house. [And this is not all of his work; much of it has been taken to other places for storage.] And Stevie’s paintings, whether depicting joy, sorrow or both, are all brightly chromatic, with luminous colors that spring out all around the characters in his paintings, and the mysterious, happy, sad, living faces of his nation of characters. Each painting seems alive, as if it is breathing the energy of the ages.

The paintings and their cast of colorful characters don’t lie flat; they all seem alive and teeming with real-time vitality. Though it didn’t happen when we were there, it seemed likely that any of the characters could slide out of their paintings to visit other paintings, or just to stretch their legs. I asked Stevie if they felt alive to him. Yes. And they kept him company so he never felt lonely.

All of which is only words, and they are far less capable of sharing that experience of talking about art – and the art of life as an artist – surrounded by this extraordinary assemblage of beautiful art than video, which I shot. This is one take, no edits, done with the simplicity and purity true to Stevie’s soul. It shows the artist and the art, and happy you can see the work well, close-up and farther back. It accompanies a talk with Stevie about his art, and about being an artist, especially now. He seemed somewhat surprised, but ultimately delighted by our reaction. Both Josh and I were overwhelmed by the beauty, whimsy and poignant power of the paintings, and the sheer amount of art everywhere.

And symbolically it stood as the ideal antidote to the imposed isolation of the lockdown. While others were hopeless, crazy and worse cut off from the world physically, Stevie was deep in discovery, following his chromatic characters , and capturing their bright acrylic stories.

I told him how inspirational and exciting it was to see such a bounty of amazing new art, especially because he made it during lockdown, when so many others were very depressed and/or crazy. 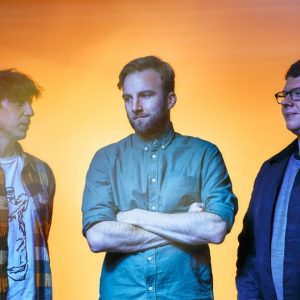 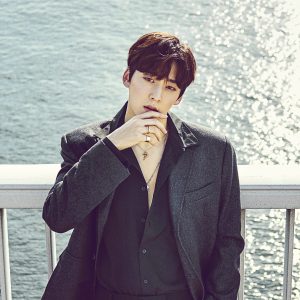