The Dead Media Archive, a Wiki compendium of doomed communications formats and delivery systems, has officially declared 8-tracks, mixtapes, laserdiscs, jukeboxes, the Sony Walkman and Limewire extinct. But a funny thing happened on the way to oblivion for that analog sound conveyance known as the 12-inch LP. It refused to die, not even when attacked by CDs and MP3s. And in the last 10 years, album sales have not only skyrocketed, they continue to increase while CD and digital download sales fall.

“When you try to kill a format three, four or five times and it keeps coming back, I don’t see it going away anytime soon,” says Eric Astor, owner of Furnace Record Pressing in Alexandria, Virginia.

Most vinyl sales go unreported, Astor claims. “The capacity in our country for vinyl is 40 to 50 million units a year. That is the amount being manufactured. And they keep on saying that seven, nine, 10 million records are being sold.”

Record Store Day co-founder Michael Kurtz had more than a little to do with that growth. “When we came up with the idea, almost no stores were selling new vinyl and almost nobody was making new vinyl,” says Kurtz, a self-described “failed musician” and former record-store employee.

But on the first Record Store Day in 2008, retailers sold 10 specially released titles — and did so well, they knew they were on to something. Even if the major-label execs Kurtz solicited for 2009 support weren’t convinced. “Some were receptive,” he recalls, “and others laughed us out of the office, saying basically, ‘Nobody’s into vinyl. That stuff was a fad.’”

With in a few years, they were printing vinyl, too.

Caren Kelleher was so sure it wasn’t a fad, she quit her job managing Google’s music partnerships and moved to Austin to open Gold Rush Vinyl, a boutique pressing plant that can handle small orders and measures turn-around time in weeks, not months. A former band manager, Kelleher knew that long waits for discs was hurting artists’ bottom lines — especially because, she says, “the average American band will make about the same amount of money off a hundred vinyl records that they will off 350,000 Spotify streams.”

Gold Rush ended its first full production year at 75 percent capacity — without advertising — and is already planning to grow, in part to serve young buyers who have never owned music, much less turntables. Product personalization is one potential avenue, Kelleher says. “What I hear from young buyers specifically is, it’s nice for them to have vinyl on their shelf to show their friends how good their music taste is, because otherwise their music collection is hidden in their pocket where no one can see it.”

But somebody’s listening. Astor says the industry’s health is gauged not by vinyl sales, but hardware sales, “and right now, hardware is going crazy.”

“Two years ago, the no. 1 consumer electronic good by volume at Amazon.com was actually turntables.” Speakers, preamps and similar support gear is also selling, he says, and a couple of companies have even started making new pressing machines; previously, most plants were buying and refurbishing old stock.

Kelleher says vinyl’s popularity also reflects a desire for tactile experiences in this digital age. “Vinyl forces you to engage with the medium … You have to be present with the music in a way that digital discourages.”

It’s true. There’s something satisfying about interacting with an album, from flipping through titles to picking a selection, sliding out the disc and cradling it between your palms, carefully avoiding fingertip contact as you gently place it on the turntable. As the needle drops, you marvel as the sound of your new favorite artist — or lovingly remastered legend — fills your ears, and your soul.

Of course, sound fidelity — warm, rich, uncompressed — is a big attraction. And it’s about to get even better with HD vinyl, a new, greener stamping process that enhances the sound and fits more music on each disc without increasing cost or requiring special players, according to Kurtz, who expects the format to debut on Record Store Day 2020.

But beyond sensory appeal, Astor observes another factor, one that explains why so many music-lovers raised during vinyl’s heyday just can’t let go of their LP collections. There’s a lot of emotional attachment involved. “No one,” he says, “remembers their first download.” 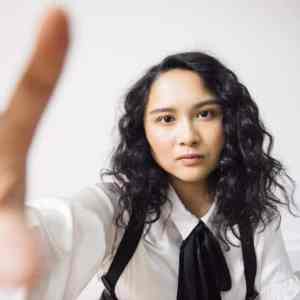 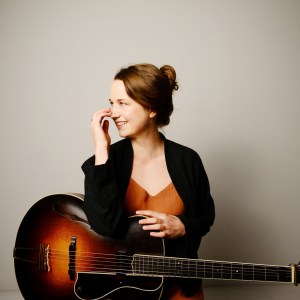