Days after Dave Grohl wore an ABBA shirt while on stage at Glastonbury, Benny Andersson shared a piano cover of Foo Fighter’s “Learn to Fly.”

Grohl joined Paul McCartney during his headlining set on Saturday (June 25) of the festival to play “Band on the Run” and The Beatles’ “I Saw Her Standing There.” As he assisted Macca on the iconic tracks, he wore a black and gold embossed t-shirt with Abba’s logo on the front.

Andersson has returned the love by sharing a clip, via the ABBA Voyage Instagram account, of himself playing “Learn to Fly” from the Foos’ third album, There Is Nothing Left to Lose. At the end of the impromptu performance, Andersson opens up his shirt to reveal he’s wearing a Foo Fighters t-shirt.

Watch the clip below.

The mutual admiration comes as ABBA Voyage continues in London. The concert series is the first of its kind as it sees four highly-detailed holograms of the Swedish pop group’s younger selves. Fans see the four-piece playing their hits accompanied by an actual live band.

Meanwhile, Grohl will return to the UK in September, with a tribute concert for the Foos late drummer Taylor Hawkins alongside an all-star cast of special guests. The show is plotted for September 3 at Wembley Stadium, featuring Liam Gallagher, Chrissie Hynde, John Paul Jones, Stewart Copeland, and Roger Taylor. 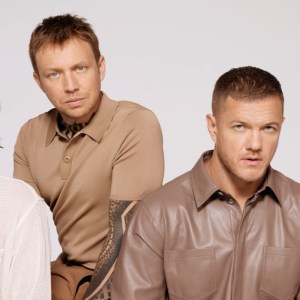