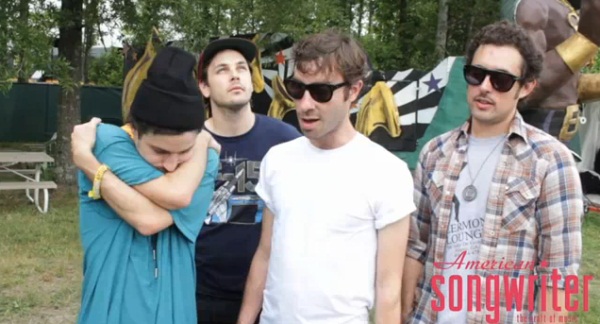 As rolls of toilet paper streamed above the crowd, the band barreled through tunes from their 2011 release Arabia Mountain, which included “Noc-a-homa,” a song that details the plight of former Atlanta Braves mascot “Chief Noc-a-homa,” and “Family Tree.” We also heard the infectious “Bad Kids,” which guitarist Cole Alexander facetiously described as the “Bad News Bears 3” theme song, “starring Tony Danza and hitting theaters later this summer.”

Alexander, who produced his obligatory vomiting episode from the stage, vowed to smoke a joint with Kenny Rogers that afternoon. After their set, we chatted with the Black Lips about Kenny and “The Gambler,” the difference between “musicians” and “entertainers,” and what lies ahead for the band. Watch the video below. 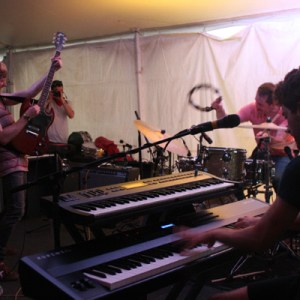