The Killers kicked off a highly anticipated North American tour this weekend alongside opener Johnny Marr with two shows in Vancouver and Seattle. After finishing his own set, Marr joined the headliners onstage both nights, for a suite of covers of The Smiths – “Stop Me If You Think You’ve Heard This One Before,” “There Is a Light That Never Goes Out” and “What She Said.”

Marr was on guitar duties for all three of the ’80s hits, as Killers’ frontman Brandon Flowers bounded across the stage with characteristic energy. The Smiths guitarist and the band have previously teamed up in 2019 for the former’s 1984 track “This Charming Man” at U.K.’s Glastonbury Festival. Marr also joined The Killers at the Seattle show for a duet of their closing classic “Mr. Brightside.” Check out fan-shot videos of the performances below.

The Killers’ North American tour will continue until October 10, when they will wrap things up in Washington, D.C. After the North American leg, the rock outfit will head over to South America for a date in Brazil before heading over to Australia and New Zealand for the rest of the year.

Along with the new tour, the band recently released a new single titled, “Boy.” The song was the first taste of the rock outfit’s follow-up to the acoustic-driven Pressure Machine (2021). The song sees a return to the group’s usual stadium-filling, anthemic sound after much of their previous record focused on ballads.

“With ‘boy’, I want to reach out and tell myself—and my sons—to not overthink it,” Flowers said of the song. “And to look for the ‘white arrows’ in their lives. For me now, white arrows are my wife, children, my songs, and the stage.”

Last month, Marr hopped on stage with Pearl Jam at the band’s show in London’s Hyde Park for covers of Neil Young’s “Throw Your Hatred Down” and The Who’s “Baba O’Riley.” 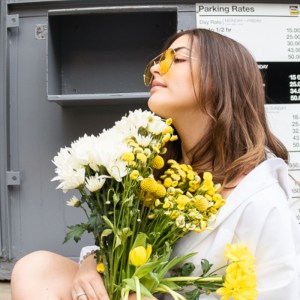