Charley Crockett delivers Welcome To Hard Times, his eighth full-length album in just five years. The thirteen-track collection unfolds like a film. His honesty invites anyone who will listen to join him on the journey, opening up country music in a dynamic new way.

“I’d like to think that the record is strong enough and that I have sowed the seeds so that it’ll get out there and do its own work,” Crockett offered. The concept of “hard times” envelopes much of his experience in only 36 short years. Yet he understands the term is relevant, wielding new meaning through each new listener.

Written and recorded in its entirety by February, the album lands as something independently authentic yet timely in the broader lens of the 2020 world. Issues regarding race and class weave deeply throughout his collection dating back to 2015, pre-dating the related boiling point society has reached this year.

Crockett struggles to identify within racial bounds and insists he cannot speak to the experience of people of color. Instead, he feels he can speak to the struggles of those who feel they don’t belong. It wasn’t until Crockett was 26, living on the streets in Paris that he was finally acquainted with someone he could relate to in this manner. Hiding from a cold rainy day in an English-speaking bookstore, Crockett opened William Faulkner’s 1932 novel, Light In August, and was introduced to Joe Christmas.

Christmas’ lack of hereditary identity as an orphan creates a sensation of isolation. His multi-racial identity is complicated by his white appearance, which is further confused by the social structure of the deep South during this time. Crockett points to Christmas as an archetypal figure in his music, lifestyle, and sense of belonging. With a larger-than-life background and a bloodline that encapsulates his grandmother’s biracial identity and his mother’s Jewish roots, Crockett feels he challenges the rigidity of the country music industry.

“I have never been impacted by a story like that before,” he explained. “I relate the torment and the difficulty with the identity that Joe Christmas had. The way that he just tears himself up, and feels like he keeps getting outted. I’ve always felt that around people in this world,” he said.

His connection with Faulker’s fictive character comes from many years of being assigned an identity by others. Like Christmas, Crockett’s background is chronicled for the public, yet they both maintain an enigmatic status to others. In the context of the modern world, Crockett’s character is not so classically conflicted in the sense of Faulkner’s Southern Gothic style.

“That’s what I mean with Joe Christmas; people didn’t look at him as a multi-racial. When you’re looked at as multi-racial, it’s usually because they can see that you’re something, and then you identify as that. But to be in my situation, it feels more like truly completely outcast. People tell me I’m something else,” he said. “And I didn’t ask for that.”

He understands how his eclectic backstory could overwhelm some, admitting he’s even “toned it down.” As a storyteller, Crockett acknowledges that the truth of his life is “stranger than the fiction.” “My life can seem too fantastic of a story to be true,” he continued. “Some people’s journeys are wilder than what you could make up. That’s how I feel about my life in general.”

“I’ve had people accuse me of being a fabricated phony; I guess because I’m not another dude and in baggy jeans and a flannel shirt driving a pickup truck down a dirt road. People can identify with that,” he acknowledged. “For some reason, I think a lot of people want to see somebody that they can look at and say ‘this person’s living just like me.’ Crockett laughed and continued, “well, that’s just not me.”

The artist grew up in a trailer in South Texas, hopping trains and playing on street corners. Run in’s with the law while tagging along with his older brother, shaped him from a young age. Witnessing the trouble that eventually landed his brother in prison changed the way Crockett looked at the world.

“Any normal life wasn’t a possibility for me,” he explained. “That’s how I ended up on the street. People don’t necessarily choose to be on the street. It’s circumstances that lead you there.” His music transformed his fate from others he met along the way that were heavily using drugs. “I never did fall into that,” he shared, “I poured myself into the music.”

Welcome To Hard Times opens with a title-track that sends out a universal message, hitting home to many suffering through this challenging year. He hopes it’s a common thread, not of commiseration but community, bringing other folks into country music. There has been lost-faith in country music, but Crockett insists it’s the industry rather than the tradition of country music itself. He feels that this collection will resonate with those who are starting to feel that their luck is determined.

Crockett was born with Wolff-Parkinson-White disease. And in the eighties, his doctors didn’t know enough to think it was life-threatening. Unbeknownst to him, Crockett’s heart was slowly failing him. Right before the release of The Valley, he underwent two emergency heart surgeries.

“I would be dead if I didn’t get that surgery, and it’s a fluke that they caught that because of a hernia that I’ve had for seven years. If not for the hernia starting to bother me on stage to the level to where I couldn’t sing, I probably would have never recognized the other signs,” he explained about his heart preparing to stop.

“It’s those ironies that you think about not before or after surgery, but forever. That shaped me. I can’t help but think how much of my fate, luck, or destiny I can’t control,” he admitted adding, “I don’t think I’m unique in feeling that especially in 2020. But what I can do is have the courage to change the things that I can control. And because I’ve done those things, that’s the only reason I can think of that I’m alive.”

While steering his own ship, Crockett displays his recognition of certain fates with recurring symbolism. Leading up to the release, the artist shared a series of music videos for his singles that placed him as the protagonist of a classic western film. Along the desert highways and between peaks of mountain ranges, a yellow rotary phone re-emerges, spurring much discussion from his audience and media alike.

“That yellow phone was sitting on the desk at Mark Neil’s studio where we were cutting Welcome To Hard Times,” he remembered. “I love old yellow rotary phones. I remember having one in the house when I was a kid.” He paused for a moment, changing his tone, “I started thinking about how so much of the big news we get in our life comes through the phone. When I found out I was going to die if I didn’t get this surgery, I was told that over the telephone. So the yellow phone is eternity, all the answers to our questions we don’t get. It’s destiny calling.”

His featured role in the visual series is his personal take on the portrayal of Western society. It explores his fascination with the Western genre and how it has evolved with the changing world.

“Whether it’s romanticizing genocide by playing ‘Cowboys and Indians’ the way that John Ford did it, or the way the Italians came in and they completely transformed what that meant. The Italians used it as a way to criticize war, often through more morally complicated figures, almost antiheroes,” Crockett explained enthusiastically. “That’s what I like about the ‘Spaghetti Western,” which he stopped to clarify was a derogatory slur, originating from the American disapproval towards the Italian’s storytelling perspective.

“‎Sergio Leone in The Good, The Bad, and The Ugly has arguably had a more lasting effect on our generation as it pertains to ideas of the West. They brought the whistling and the tumbleweed. Anything John Ford was too far back,” he asserted.

From a career perspective, Crockett admits that he is not satisfied. Though he craves a larger audience, he also fears what lies ahead if he ever reaches the proverbial “top.” He referenced Bob Dylan’s refusal of the crown for folk music, furthering the notion that there’s nothing else up there.

“That’s what I love about Dylan – he said everything you needed to say in the damn song. So he didn’t have to ever answer a damn question,” he articulated. “At some point, I’ll probably adopt that because I’m saying it all in my music. There are so many people that need to hear it that aren’t. And even if they heard it, wouldn’t even get it. But the people that do, well, they already get it.”

Check out our review of Crockett’s new album, right here. 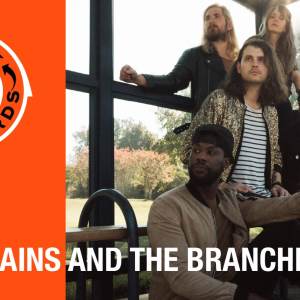 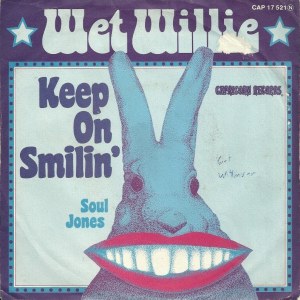