There’s no denying the connective tissues running between last year’s Welcome to the Hard Times, released in the height of Covid and social unrest, and the forthcoming Music City USA. From the prickly “Honest Fight” and the downtrodden “The World Just Broke My Heart” to “This Foolish Game,” containing some of his bluesiest wails, Charley Crockett’s new record comes as the “next phase of the story,” he admits. “I wasn’t even trying to do it, but they really are connected.”

16 songs, except for two covers (Henson Cargill’s “Skip a Rope” and “Muddy Water,” a shortened title from the Cowboy Joe Babcock original), were entirely written over the course of a week with producer Mark Neill, who also helmed Hard Times. So, you can certainly see how and why Music City USA bares a striking resemblance to his previous original set─coming on the heels of a tribute piece called 10 for Slim: Charley Crockett Sings James Hand, issued earlier this year.

“I don’t know if I measure up to people’s ideas and expectations of a songwriter. But I really do try to paint as beautiful a portrait as I can,” Crockett offers American Songwriter over a recent phone call. “I want to see a lot of color; you always figure you can see a good song in your head like a movie.”

A ramblin’ man at heart, who’s frequented I-40 more times than he can count, Crockett acquainted himself with Gallup, New Mexico, a town rich with heritage and pride that soon became the location for an unintended album photo shoot. “The whole [shoot] probably happened in 10 minutes, and we didn’t really think about it again, or try to get another album cover. I had wanted to take a photo actually in front of the Santa Fe railyard in Clovis on the Texas-New Mexico border.”

Harboring an affinity for nicknames of cities, like Soul City for Memphis and Windy City for Chicago, the singer-songwriter situates Music City USA as more than a passing reference or even a missive to Nashville─taking a cue from Kitty Wells’ “Heartbreak USA,” and planting his own story in any town America. “I do really think it’s one of those things where anybody can hear that name and apply it to any place you’re from,” he says.

Much like heartbreak, music isn’t strictly tied to such epicenters as Nashville, one of many points that served as a stage in Crockett’s busking days. “I don’t mean anything offensive to anybody by saying I didn’t play in those bars on Broadway. I stood on the street, and that was worse than trying to play on Bourbon Street in New Orleans. It’s hard, man.”

Originally from Texas, first raised in Los Fresnos and later Dallas, before taking trips to visit his uncle in New Orleans, the troubadour hit every corner of America, from the streets of Deep Ellum, where he learned to lead a band before landing an agent, to a back alley in Nashville lying behind Tootsie’s Orchid Lounge and Robert’s Western World. “You can feel all that energy from those magic, golden days,” he muses.

When escaping into Music City USA, the listener is met with an array of styles, boogying from Hank Williams to Bill Withers and then into classic George Jones. All the while, Crockett barrels his smokey tenor through the halls of almost everything he grew up adoring. “I’m the oldest of the millennials, but I grew up in a modern enough era,” he says, before noting an eclectic taste in music, including folk, jazz, and hip-hop─“anything I get my hands on over the years,” he adds.

“That’s one of the most inspiring things to me about young people that I see coming out to these shows. They don’t see all the fences. I remember Waylon saying that country, blues, rock ‘n roll are just about a beat apart,” he continues. In writing the album, Crockett and Neill approached the work in a similar fashion, simply writing the best songs and later piecing them together, soon realizing how vast they ran. “We looked at the songs I recorded, and didn’t think too much about what we were going to do with them.”

Lead single “I Need Your Love” burns with wild yearning, backed by a choir of horns, as Crockett lays the pleading on hot and thick with an R&B sizzle. Whereas, “Lies and Regret” siphons off signature Hank Williams balladeering into his own lonesome letter. Written in roughly 20 minutes, while sitting in the back studio lounge, Crockett and Neill were simply ribbing each other, tossing out the oddball phrase here and there before uncovering a song underneath.

The last thing a man wants to do is the very last thing that he does, he coos over a classic country shine. It’s within such simplicity that Crockett strikes upon pure gold. “I need the lyrics to be simple. I don’t write them down. I just keep playing it. Throughout the day, I pick it up and put it down and keep working on it,” he observes about his usual songwriting approach. “The story is there in my mind. I’ve been doing it that way for so long. The way I learned how to play and sing on the street was all by ear, listening to what was around me and picking up on it.”

From a deep love of American folk music, gospel, murder ballad tradition, and Texas Swing, alongside creole jazz and R&B, Crockett masters it all. He stitches each turn of phrase, every melodic flip with an brawny softness, an ease for which many do not possess. But he’s not “gonna sit here and tell you I came out of my mother’s womb playing the banjo, and I knew Hank Williams’ catalog front to back by the time I was 10. That’s not my story.”

His story rather is growing up on ‘80s and ‘90s radio, flooded with everything from alternative to hard rock and pop-country. Much like previous generations, as far back as the ‘30s and ‘40s, whatever hit the airwaves is what defined musical tastes for many. “You just couldn’t escape whatever the hell was on the radio back then,” he laughs.

“Justin Townes Earle said it really well about Nirvana. He said as soon as he heard them cover Lead Belly, he never looked forward from there. He just went deeper into the roots,” he continues. “That’s a gateway. For all I know, I’m a gateway. When people look at me, they find the roots. If you look underneath great hip-hop, you find the roots of blues and jazz. What’s amazing about time passing in American is that the more time goes by the more the past reveals itself to us. That’s what I love about film, from Westerns to Italian horror to anything you can think. The biggest truths that come out aren’t necessarily the intention of the time.”

Such films as the 1975 satire “Nashville,” starring a smorgasbord of talent, including Ronee Blakly, Karen Black, Jeff Goldblum, and Lily Tomlin, excavate deep into the culture and its people. “Talk about a brilliant portrait of America,” Crockett reflects on the film. “In the ‘60s, there’s all this amazing experimentation and blending of styles in the art. It can be some straight up puff-piece or propaganda type thing. Then, 50 years later, the film itself changes with the time.”

With his own work, as he prepares Music City USA, due September 17, Crockett even admits he might be “getting better at telling stories, and that’s enough for me,” he says. “I’ve made a lot of records. It’s not really up to me to judge that work, really. I haven’t probably given it away, you know what I mean? That’s the easiest thing to do ─ to just give it away. Get down on the ground and roll around in the dirt with the business. I learned about recording, making records, performing, and selling tickets on a Louisiana street corner.”

“And then I applied to all kinds of street corners everywhere. I’ve made records my way. I’ve extended my right to do that. There’s a slice of pecan pie for me, even if it’s just a little one,” he says with a laugh. “I don’t know if it’s worth it to anybody else, but I’m just trying to paint a beautiful picture. Everybody is gifted. Everybody has an ability.” 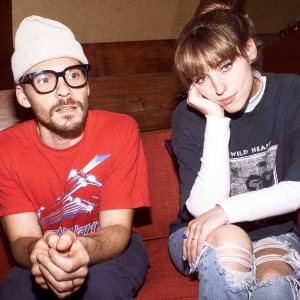 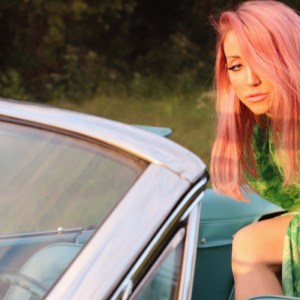