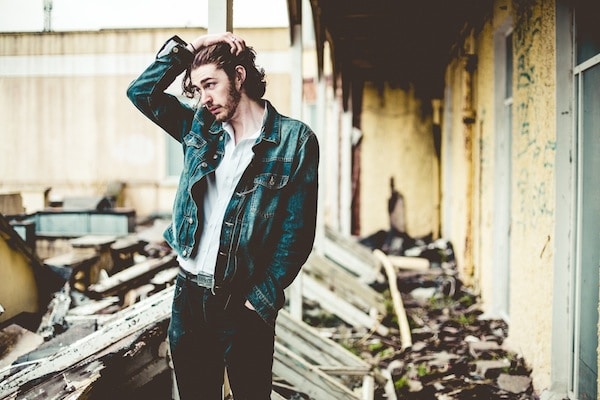 American Songwriter recently caught up with singer-songwriter Hozier to discuss the bluesy Irishman’s inspiration for 2013’s highly successful Take Me To Church EP and 2014 follow-up release From Eden. Hozier made sure to share with us his gratitude for the overwhelmingly positive response to his performances in the states, list of songwriting heroes, and journey towards an ever-expanding trans-atlantic music career.

How would you describe your 2 EPs? Are they very different in your mind?

They’re a collection of songs I had written over the past year or so, from a point where I decided to start recording a bit more at home in order to try and produce a sound I felt closer to. It was from this point I allowed myself to use my influences a bit more openly and honestly in the work, so there’s shades of blues, folk, soul and gospel throughout both.The second EP explores a slightly brighter side to some of my songs (From Eden) and has perhaps more going on in it by way of production but I think they share in most core features and influences.

How has playing in the states been going? Is it what you imagined it would be like?

It’s been overwhelming. The response at the shows has been the warmest I’ve received to date, which I was unprepared for and quite moved by. I was aware we had the tour sold out, but the enthusiasm and support from the crowds was something I never expected. As was their familiarity with the songs…

How did you end up getting signed to Columbia records?

I can’t quite recall the ins and outs of it. Not long after the EP was launched there was growing interest from major label A&R representatives. I remember Justin Eshak of Columbia Records traveled to a place near the middle of nowhere for a charity gig I was performing at in Ireland. Columbia showed much early interest for America, it all moved very quickly.

Whenever I can… touring gets somewhat in the way of having time to do so. I love noodling around still, trying to learn the technique of influences. Skip James, Junior Kimbrough, John Lee Hooker. A lot of one-chord boogies. More recently I’ve gotten into a group called Tinariwen, some absolutely beautiful playing.

I taught myself from about the age of 15. I learned a few chords when I was younger and just listened to music and tried to replicate it, blues first and then a long clumsy process of just learning songs I loved. As singing was always my first primary instrument, I’ve never felt like much of a guitarist.

Nina Simone, Willie Dixon, Paul Simon. I had an obsession with Tom Waits as a teenager. Irish singer-songwriter, Lisa Hannigan and her work was a big inspiration for me to keep writing early on.

What was the first song you ever wrote? Tell us about it

There was a few around the same time. Many incomplete songs of teenage angst, no doubt. I think one of the first was a folky song about the loved ones who keep you going. It was influenced a lot by Bukka White’s playing style on songs like ‘Aberdeen Blues’ and ‘Parchment Farm Blues.’

I enjoy writing little story songs sometimes when I’m not under pressure. I started a blues recently about a man being called up by a jealous Devil demanding to swap lives with him so that the Devil can be with the man’s lover, or face paying his debt and burn forever in hell. The singer concludes he could only suffer having the Devil’s job if he had her love to come home to, and as such decides to hand himself over and spend eternity in hell telling the Devil, in detail, just what he was missing to spite him.

I think that’s probably for somebody else to judge for themselves. I try not be too proud of anything I write either. With ‘Take Me To Church’ I feel like I managed to convey everything I had set out to do. It’s rare a song doesn’t suffer the loss of some idea or sentiment on it’s way to completion. This song got everything across I wanted it to.

I don’t have any one set way. It usually starts with a simple lyrical idea, a couplet or single line that contains some core feeling. It may have an accompanying melody or may not. Other times it’s a melody that old lyrics find their way into. Once the core feeling of the song is established, the rest of it can be fleshed out in keeping with that. It’s a lot of playing loosely with ideas, over and over.

Usually simple and straightforward, I try not to lean too much on verbose phrases, attempting to cut right to the heart of the sentiment. It’s usually a very slow process of repetition, shaving off any words that feel they don’t fit or make a verse clumsy. Lyrics by far take me most time, and it’s the first thing I look out for when listening to new music.

It’s whatever catches you at the moment. Maybe verbalizing a feeling to yourself in your head that you usually wouldn’t, or what you’re doing or looking at in that moment. Turning the everyday into words. Or a thought or feeling your almost shocked to admit to yourself. I spent a lot of time watching people growing up, trying to decipher the person behind the person. This might inform some of the music.

What’s a song on your album your particularly proud of and why?

‘To Be Alone’ would have to be a close favorite. It was released as a solo live version but I always heard it with a full band arrangement, which is realised on the album version. It’s a very brutal sounding and relentless production which I think captures the feeling behind the song.

What’s a lyric or verse from the album your a fan of?

I quite like the imagery in ‘In A Week’, a song about two lovers who lie down in the Wicklow hills (a place with a recent history of bodies being found) and thinking about passing on together. ‘They’ll find us in a week/ When the cattle show fear/ After the insects have made their claim/ After the foxes have known our taste/ I’d be home with you/ I’d be home with you’

I like any word that carries with it an immediate emotional response, however subtle. Words like ‘doom’ and ‘rot’… I also love ‘color’, ‘earth’ and ‘auburn’. Nice round words. Big fan of swear words used sparingly but with absolute shocking conviction.

What’s a song of yours that’s touched people?

I sometimes get messages from people who express some personal connection to the music. It’s happened in particular for ‘Like Real People Do’ and ‘Work Song,’ I think… I wasn’t prepared for messages of that kind, very personal and often tragic things people share, expressing some comfort they get in the music.

Do you ever do other kinds of writing?

I don’t really dabble all that much in other forms. Much of my lyrics are penned before anything else is in place, but calling it an exercise in poetry would be a disservice to poetry itself. I have a few ideas for longer story arcs that can’t be delivered in a song that I wouldn’t rule out exploring over the coming years.

There’s too many to mention. I’ve always been a huge Leslie Feist fan. Justin Vernon would also be a dream co-write. I think (Annie Clark) St. Vincent is an incredible artist, and would kill to work with her. Tom Waits would be a dream also.

There’s a band also from Ireland called Little Green Cars, all the members write and sing, their work is very close to my heart as I’ve known them and gotten close to them over the years. The lead singer Stevie Appleby writes such gorgeous solo songs, I’d love if he was able to release them in the future.

I’ve always loved a lot of jazz standards for their structure and clarity of point, coming back the central theme each time lyrically. ‘I Get Along Without You Very Well’ is a good example, and a perfect song. Getting one feeling across perfectly.
’Don’t Explain’ would have to be a serious favorite, it’s absolutely devastating, and it provides so much information and imagery in such little lyrical content. The fact that somebody was moved to write something so heartbreaking is a shame in and of itself, beautiful as it is. 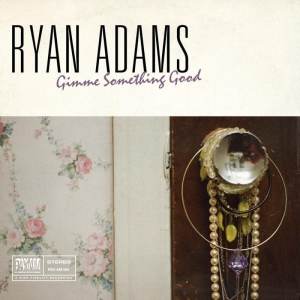 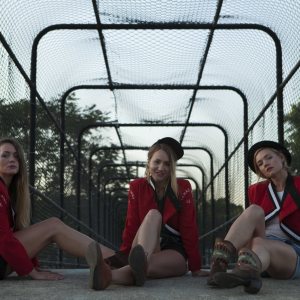