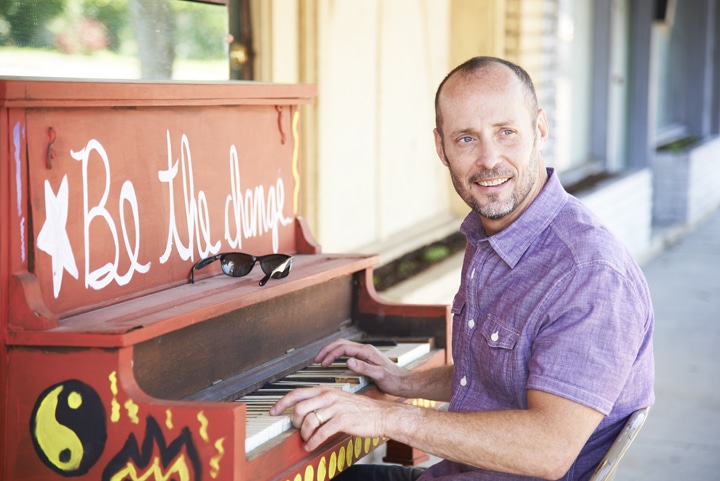 Mississippi blues-rocker Paul Thorn worked in a furniture factory, jumped out of air planes and did professional boxing before finally deciding to make a career out of his childhood hobby of songwriting. After the release of his 2012 album of covers, What The Hell Is Going On, he’s back with original material on Too Blessed To Be Stressed, out August 19. He told American Songwriter the story behind the album’s unusual tile, his first “dear John” letter, the songs he covers when no one’s watching, and more.

Before I put these songs together I asked myself ”what do folks need to hear in a song?” I came to my own conclusion that more than anything right now people need positive encouragement. There are many out there who are struggling in life and need to hear some uplifting songs. I believe that this record will make the listener feel better. These are healing songs.

For lack of a better description this new project is Americana meets Kool and the Gang. So ”Celebrate Good Times” because there is light at the end of the tunnel. We are all ”too blessed to be stressed.”

How does it differ from your previous album?

My previous record was a covers album. I sang some songs by writers I admire. I believe that its important to recognize and honor your peers.

Songwriting is like boxing because not everyone who does it can be great at it. There are only a few Mike Tysons or Kris Kristoffersons out there who are born with the gift. The rest write mediocre modern country music million sellers, or fight in local tough man contests.

Whose songs do you like to cover when nobody’s listening?

My dad showed me some chords and after that I just learned it on my own.

I don’t have an absolute favorite but here are a few: Roger Miller, Kris Kristofferson, The Gibb Brothers also known as the Bee Gees, Tom Waits, Harland Howard … I could go on and on.

It was called ”Maybe Tomorrow I Won’t Hurt So Much.” I wrote it after I received my first ‘Dear John’ letter when I was 12. Her name was Lisa Jenine. I met her at a church summer camp. That letter really ripped my guts out.

I just started one that I am really excited about but I’m not gonna talk about it. I have learned the hard way that some ”writers” out there will steal your ideas. Experience has taught that what some call “lack of character” others call “good business.”

That question should be for the listener. I just don’t have an answer for that one. The fans make that decision. I sing for them.

I try to pick up my guitar every day, if only for a few minutes, and just see if something comes. I don’t force it. I let inspiration do its thing when it wants to. Every once in a while a song is born. The main thing is don’t stop trying.

I like to paint a picture with my lyrics. I want the listener to see what I  am singing about when they close their eyes.

I’ll give you an example – when I am staying in hotels across the country I often see people having these awesome family get-togethers in rented conference halls. They always print up t-shirts to commemorate the event. It’s just a big happy party with drinks and food. One of the catch phrases that really caught my imagination was at the Johnson family reunion. They all had on red t-shirts that said ”too blessed to be stressed.” That’s where the song ”Too Blessed To Be Stressed” came from.

”This Is A Real Goodbye.” So many people stay in relationships that are toxic and poison. It is my sincere hope and prayer that this song will give the listener the courage and strength to move on and find somebody who will treat them better.

”I’m just like you. Sometimes I get the blues. Every day cannot be a sunny day. My sisters my brothers if we lean on one another, just watch all the clouds roll away. Everybody needs somebody.”

It’s not really certain words I dislike, it’s mainly people who talk about themselves a lot but don’t seem to have any real interest in what’s going on in anyone else’s world.

That’s another question for the fans. I think it would be cool to interview one of them. You guys should do that – interview a fan.

I did a coffee table book of my artwork and short stories. It must be pretty good because my parents hated it.

Elvis Presley. He actually wasn’t a very good songwriter but between his good looks and my talent we could have probably accomplished a lot.

My co-writing partner of 30 years Billy Maddox. He spent a lot of time with me when I was in my teens teaching me the craft of songwriting. He saw that I had potential and helped me develop as a songwriter. I owe him a lot. He is a ninja master songwriter and a great friend.

There are many but Bill Withers’ ”Lean On Me” comes to mind. It’s about selfless love. Front to back that song has it all. It’s magic. 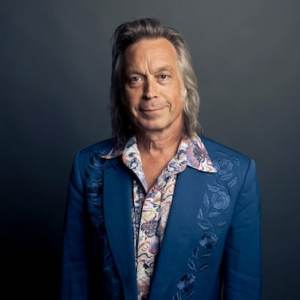 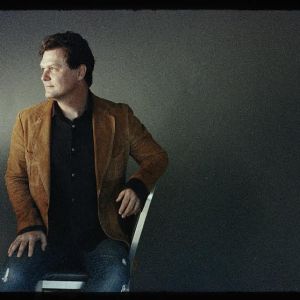