Pieta Brown is no stranger to superstar collaborations. She’s toured with Mark Knopfler and shared the stage with John Prine, Brandi Carlisle, JJ Cale, Emmylou Harris and Amos Lee, just to name a few. The daughter of folk singer Greg Brown is set to release her 6th studio album, Paradise Outlaw, (recorded over four days at Justin Vernon’s Wisconsin studio – the Bon Iver frontman contributes vocals on a few songs) this September. She spoke with American Songwriter about why she enjoys duets, “letting songs in,” blending poetry into folk songs and more.

How would you describe Paradise Outlaw?

Less honk…more tonk! More experimental than my last album. I made this album with players that I have played with live quite a bit. Although the recording session was the first time I had all the players together as a collective. So there were some strong unspoken connections going on. The sound of the album has a lot to do with that room, the players and the engineer, BJ Burton.

Why did you include a cover of Mark Knopfler’s “Before Gas And TV?”

I have been a fan of Mark Knopfler’s music and songs since I was a girl. I used to roller-skate around our apartment complex in Birmingham, Alabama blasting Dire Straits on my headphones. When I did the North American “Get Lucky Tour” with Mark and his band in 2010 I got a copy of Get Lucky and fell in love with that song. There are a lot of songs as a songwriter and a singer that I love that I would never try to “cover” or record…but this one really let me in. The melody line is strong, but open and it has that vibrant yet ancient thing. Also, I grew up without a television. And I grew up around a lot of musicians and artists living on the fringe…passing around their guitars…and when I sing this song I feel all that.

How’d you end up co-writing with Amos Lee?

I wrote the melody and the first 3 verses of the song Do You Know in my head, staring out the window, riding shotgun heading out east on I-80 to open a string of shows for Amos. When we were out on the road, I told Amos that I had started this song that I thought he might need to finish. But we never got there. About a year later I was getting ready to go into the studio and I was still thinking about trying to record that song, and I randomly got a really sweet message from Amos one day. I replied and told him right away that I was getting ready to go into the studio and I asked him would he want to hear this song I still couldn’t finish and try recording it as a duet with me and he said yes. I sent him a rough sketch/demo of the song and the next day he sent me back that last verse. And Do You Know got a heartbeat. And was recorded shortly after.

What’s one thing you learned about songwriting from your father?

How about three things that I learned indirectly about songwriting from my father? To listen very closely. To make sure to include having fun in writing songs. Songs are meant to be shared.

Very often. All kinds of stuff. I work on my own songs. I learn other people’s songs. I play a lot of slide guitar at home.

I taught myself…or the guitars taught me. I grew up around a lot of music and guitars. So once I finally picked up a guitar, it was a bit like breathing. Felt very natural, though I knew absolutely nothing about the technical side of it. I just listened…and followed what sounded right to me. I first tuned the guitar to what sounded good to my ear, which I found out later was an open D minor tuning. Eventually I got a chord chart and learned some chords in standard tuning. And I’ve been experimenting ever since.

The first song I remember writing was when I was three. Certain family members still sing it…it has its own little melody and stars a man that goes up the stairs and down the stairs and plays tricks on other people in his house and ends up in the bathtub.

I just wrote a song the other day called “In The Rain.”

I wouldn’t trust my judgement – and that’s not a title…but maybe it will be someday?

I hang around with my instruments.

I don’t have one beyond the “open” thing…staying as open as I can..and making space to be alone when I feel that song thing coming on…writing songs, or letting songs in as I like to call it, is such a natural part of my response to the world that I rarely think about it.

I consider anything fair game. As I mentioned it’s really a response to this world we’re living in for me…a life-line, so to speak…a vice.

What’s a song on Paradise Outlaw you’re particularly proud of and why?

I’m particularly proud of the song “Do You Know” (the duet with Amos Lee). I’ve always enjoyed duets because they have an inherent fun factor, whatever the subject…and Do You Know is my first official duet composition. So I feel proud of that. And honestly I’m very proud of every song that made it on Paradise Outlaw.

I write in my notebook a lot…rambles and poems and letters mostly.

So many perfect songs. “You Are My Sunshine” comes to mind. Anyone can sing it and people can sing it together. And any song that makes people feel like dancing is a contender in my book. 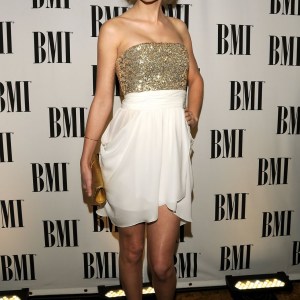 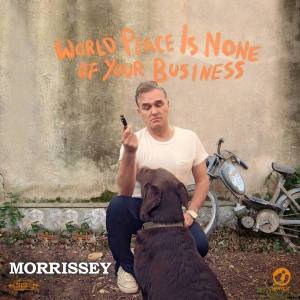