Bob Dylan is undeniably one of the most influential musicians to ever live. From Robert Zimmerman, a teenage rebel, to the winner of the Nobel Prize, Dylan can be whatever he chooses to be—and come out the other end as an icon.

With his enduring legacy continuing to inspire countless generations, his life is chock full of memorable moments. We’re here to walk you through some of the freewheelin’ troubadour’s most iconic songs and performances across his decades-long career.

1. Dylan Gets Inspiration From Woodie Guthrie

Moving from Minnesota to New York at the beginning of 1961, Dylan wound up becoming close with one of his idols—Woody Guthrie. Once described by Dylan as “the true voice of the American spirit” Guthrie struck up inspiration for Dylan that would later run through his debut album.

His ode to the country icon, “Song for Woody,” would be one of only two original songs on his 1961 debut, starting his reputation for songwriting off right.

2. He Releases The Freewheelin’ Bob Dylan

The next year, Dylan once again took to his typewriter to compose a poem titled “Hard Rain’s A-Gonna Fall” set to a classic folk ballad “Lord Randall.” The song, along with the rest of his second record The Freewheelin’ Bob Dylan, began his reign as the “voice of a generation” as he found his niche performing and writing protest songs.

The rest of the album featured a handful of iconic Dylan tracks, including “Don’t Think Twice, It’s All Right,” “Girl From the North Country” and “Blowin’ In The Wind.”

3. Dylan Shares The Times They Are Changin’

Dylan’s third record saw him continue to take on racism, poverty and social change. The title track, one of Dylan’s most famous songs, perfectly captures the spirit of radical change and political upheaval in the ’60s.

Elsewhere on the album are a number of iconic tracks like “One Too Many Mornings” and “Only a Pawn in Their Game.” This album saw the young singer fully solidify his space as the voice of young people wanting change.

Dylan was established as the poster boy for the counter-culture generation for his epic performance of “Only A Pawn in Their Game” at the 1963 March on Washington.

On August 28th, while thousands upon thousands of people took a stand against racial injustice, they looked up to the microphone to see a young white man ready to join in the fight with a simple yet poignant song. Actor Ossie Davis introduced Dylan to the masses before he performed the track along with “When The Ship Comes In.”

The sound of Dylan plugging into the amps at the Newport Folk Festival in 1965 is possibly one of the most debated moments in the history of modern music.

Up until this point, Dylan had solely lived in the acoustic folk realm, so the decision to trade in the sound he found fame on for an electric guitar was not only a seismic shift in Dylan’s career but also defined him as an uncompromising artist.

Upon first listen, the crowd booed Dylan while he played versions of “Maggie’s Farm,” “Like A Rolling Stone,” and more. He continued his set unflinching and reportedly told the band to “play it fucking loud.”

Following the advice of Ravi Shankar, The Beatles’ George Harrison decided to put on the Concert For Bangladesh in 1971. Proceeds from the show went on to help those struggling in the nation due to years of turmoil, war, and famine. Harrison invited a handful of friends to perform but the world was on the edge of its seat waiting for Dylan.

The performance was not only a testament to Dylan’s friendship with Harrison – given he was in one of his reclusive periods – but also gave some of his classic tracks back to a wanting crowd.

By the mid-’80s, Dylan was slowly slipping into the pantheon of music history after the rock and roll scene began to change around him. Dylan struggled to keep the same intensity that he brought in the ’60s and ’70s and was quickly being replaced by a new set of rock mainstays, including Tom Petty.

Petty invited Dylan to come along with him and Stevie Nicks on his True Confessions tour —a collaboration that would prove to be prolific for Dylan. It brought the music icon back up to his former glory and reignited fans’ fervor for his music.

Petty later said he could feel the “ecstatic energy” from the crowd every night as Dylan come on stage. One such ecstatic moment came at the end of the set when Petty would join Dylan for a rendition of “Knockin’ On Heaven’s Door.”

By 1992, with the 30th anniversary of Dylan’s iconic debut approaching, the world once again began to acknowledge the singer’s incredible legacy.

A tribute was held for Dylan at Madison Square Garden, featuring some of his closest friends, including Eric Clapton, George Harrison, Neil Young, Tom Petty, and more. Johnny Cash even came out for a number performing an ode to the singer.

After years atop the music scene, wherein Dylan let loose his mercurial songwriting on countless tracks, the troubadour was recognized for his contribution to literature by the Nobel Prize committee.

Dylan was awarded the Nobel Prize, as well as the $700,000 that went along with it, in a career-mounting moment back in 2016. Despite Dylan not making an appearance at the event, it marked him as a poet that will continue to inspire for generations.

Dylan landed back in the music scene after an 8-year hiatus in 2020 with “Murder Most Foul.” The song, which feverishly remembers 60 years of popular culture, references everyone from The Beatles to Etta James while centering around the 1963 assassination of President John F. Kennedy.

“Greetings to my fans and followers with gratitude for all your support and loyalty across the years,” Dylan said in a brief statement when revealing the song. “This is an unreleased song we recorded a while back that you might find interesting. Stay safe, stay observant, and may God be with you.”

The track, along with the rest of the Rough and Rowdy Ways Album, proved that Dylan is capable of captivating audiences at any age. 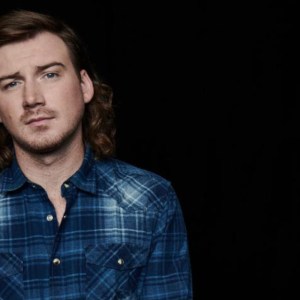 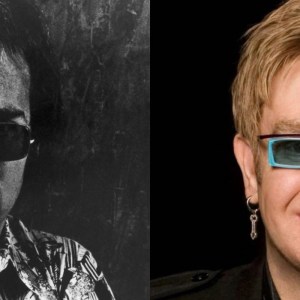