Breaking out with her first No. 1 single “Like a Virgin,” written by the songwriting duo of Billy Steinberg and Tom Kelly, Madonna recorded plenty of songs written for her, filling the 1980s with hit after hit, seven of which she had a hand in writing.

Often working with collaborators, co-writers, and producers Patrick Leonard and Stephen Bray throughout the ’80s, Madonna added the lyrics to some of the most iconic pop songs of the decade, including five No. 1 hits (in the U.S. and U.K.) off her 1986 album True Blue.

Here are the seven No. 1 hits Madonna wrote throughout the 1980s.

“Into the Groove” (1985)
Written by Madonna and Stephen Bray

Featured in the 1985 film Desperately Seeking Susan, starring Madonna and Rosanna Arquette, “Into The Groove” shot to No. 1 on the UK charts. Madonna was inspired to write the song after watching a handsome Dominican man dancing at a nightclub. The track was later released on the reissue of her second album Like a Virgin.

“Live to Tell” (1986)
Written by Madonna and Patrick Leonard

Off her third album True Blue, the moving pop ballad would be the start of five consecutive No. 1 singles in the U.S. from Madonna. Originally composed by Patrick Leonard as an instrumental for the film Fire with Fire, Madonna wrote the lyrics and decided to use the song for the film At Close Range, starring her then-husband Sean Penn. In a more dialed-back music video, directed by James Foley, Madonna is in a darkened room with scenes from the movie flashing.

“Papa Don’t Preach” officially launched True Blue and Madonna into the pop stratosphere. Originally written by Brian Elliot for another artist, Cristina Dent, Madonna took the song and put her own twist on the lyrics. The song became Madonna’s fourth No. 1 single on the Billboard Hot 100. In the video, the storyline follows a young Madonna telling her father, played by the late Danny Aiello that she’s pregnant.

Like the True Blue title track, “La Isla Bonita” only reached No. 1 on the UK charts. Written and produced by Madonna and Patrick Leonard, with additional lyrics by Bruce Gaitsch, the song was originally presented as an instrumental demo to Michael Jackson, who turned it down. “After the Victory Tour, I was still in touch with Michael [Jackson] and Quincy [Jones] and doing some work with them and Quincy called me and said, ‘I want to do something sort of Sade-like for Michael—would you write something?’ and so I wrote that song and sent it to him with some form of a vocal on it and the phrase ‘La Isla Bonita,’” said Leonard. “He called up and said, ‘Ah, I just don’t think it’s for Michael.’ Madonna and I were getting together, so I showed it to her and she said, ‘Oh, I like this, let’s work on it.’” Writing about the island of San Pedro in Belize, Madonna wrote the song as a tribute to the beauty of Latin culture.

Originally written as a rock song called “Follow Your Heart” for Cyndi Lauper, which co-writers Gardner Cole and Peter Rafelson never had the opportunity to play for her, the song catapulted Madonna even further along with successive No. 1 off True Blue. In the Jean-Baptiste Mondino-directed music video for the True Blue hit, Madonna plays an adult “performance artist” who befriends a young boy, reminiscent of Charle Chaplin’s classic 1921 silent film The Kid. The song was the fifth No. 1 single off True Blue.

“Who’s That Girl” (1987)
Written by Madonna and Patrick Leonard

Working with collaborators Patrick Leonard and Stephen Bray, who also co-wrote and produced her third studio album True Blue in 1986, Madonna wanted an uptempo song to capture her character in the 1987 comedy-drama Who’s That Girl. She later added lyrics to the track, the main single off the Who’s That Girl soundtrack, and changed the title of the song. Like her 1986 hit “La Isla Bonita,” Madonna mixed in some lyrics in Spanish—Quién es esa niña? / Who’s that girl? / Señorita, más fina / Who’s that girl?

“Like a Prayer” (1989)
Written By Madonna and Patrick Leonard

Never far from controversy, the 1989 music video for “Like a Prayer” depicted Madonna in a pseudo-love affair with a Christ-like figure and dancing around a burning cross, prompting The Vatican to condemn the imagery as blasphemous. The title track off of Madonna’s fourth album Like a Prayer, the song hit No. 1 and speaks about God as the main male figure in her life.

When you call my name it’s like a little prayer
I’m down on my knees, I wanna take you there
In the midnight hour I can feel your power 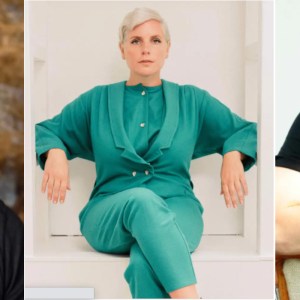 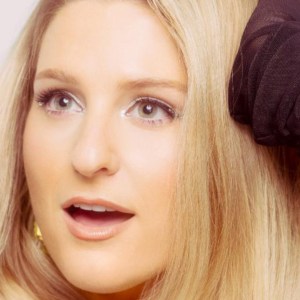