Between Gene Simmons‘ and Paul Stanley‘s songwriting—as well as other members of Kiss, including Ace Frehley, Peter Criss, Eric Carr, Bruce Kulick, and Vinnie Vincent, who also contributed to the band’s catalog—both have clocked in hundreds of songs, combined, from their 1974 self-titled debut all the way through their final album, Monster, in 2012.

Though the pair wrote a handful of Kiss hits together, including “Strutter,” “Shout It Out Loud,” and “Rock and Roll All Nite,” independently Stanley was one of the main writers for the band, penning “Lick It Up,” and “I Love it Loud” (with former Kiss guitarist Vinnie Vincent), the power ballad “Forever,” co-written with Michael Bolton, as well as “I Was Made for Lovin’ You,” “Love Gun,” and “Crazy, Crazy Nights,” among others.

In between writing or co-writing most of the Kiss catalog spanning 20 records and nearly 50 years, and two of his own solo albums, here are four songs Stanley wrote for other artists over the years.

“It’s My Life” was the first single from Wendy O. Williams’ debut solo album, WOW, released in 1984. The album was recorded around The Plasmatics’ hiatus after Williams and the band released their 1982 album, Coup d’État, and opened for Kiss on their Creatures of the Night tour. Produced by Kiss’ Gene Simmons, the album earned Williams a Grammy nomination for Best Female Rock Vocal Performance in 1985 and features one track, “It’s My Life,” written by Simmons and Paul Stanley.

In the video, shot at the Olympic Arena in Los Angeles and in the Arizona desert, in true Williams fashion, all the stunts—speeding through the desert, bulldozing through a house, and climbing a ladder hanging from a moving plane—were performed by the singer herself.

Williams released her third album, Deffest! and Baddest!, before her death at the age of 48 in 1988.

My New Year’s resolution is always the same
Gonna do what I like, gonna do what I want
And the hell the thing, yeah!
I don’t need nobody
Won’t play that game
Shouting from the roof
And face up to the truth

For Ronnie Spector‘s second solo album, Unfinished Business, the former Ronettes singer reunited with her ‘Take Me Home Tonight/Be My Baby” partner, Eddie Money, for a duet on “Who Can Sleep.” The Bangles’ Susanna Hoffs also shared backing vocals on a song called “Dangerous,” while producer Desmond Child, along with Diane Warren and Paul Stanley wrote the track “Love on a Rooftop.” Also featuring former Kiss guitarist Bruce Kulick on guitar, “Love on a Rooftop” tells the tale of a love deteriorated by busy lives.

Cher later covered the song on her 19th album, Heart of Stone, released in 1989, while Desmond Child (who also co-produced the aforementioned Cher album) even took a crack at it on his 1991 album, and only solo release, Discipline.

Originally written for Kiss’ 1987 album, Crazy Nights, “Hide Your Heart” became the title track of Bonnie Tyler’s seventh album. Though the song charted well in Finland, it, unfortunately, fell flat in the U.S. and elsewhere. Nevertheless, the album, produced by Child also featured another Holly Knight-penned track (co-written with Mike Chapman), “The Best,” which would later become a mega hit for Tina Turner in 1992, and is featured on Turner’s seventh album, Foreign Affair.

Kiss later recorded “Hide Your Heart” for their 1989 album, Hot in the Shade, the final album by the band before drummer Eric Carr’s death in 1991. Former Kiss guitarist Ace Frehley also covered the song on his fourth solo album, Trouble Walkin’.

The ride was over but the story doesn’t end
He took her heart
She looked him in the eye
And said they couldn’t meet again
You could see the trouble start
The word went out that Rosa’s messin’ with someone
It was on the street
Tito looked for Johnny with a vengeance and a gun
Johnny better run, better run…

Dutch band Bad Candy, consisting of singer Glaswegian Natalie Estelle James, along with guitarist Chantal van Brummelen, bassist Janneke Nijhuijs and drummer Stefanie Salmon, only lasted four years from 2002 through 2006, but they managed to release singles, several EPs, and one full-length album together. 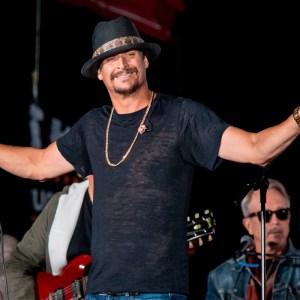 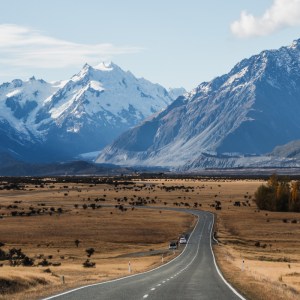