It was just a brown fiddle carved from unpolished wood
from an oak in old Montana where a stable had stood.
But my great-grandpa’s fingers, always callused and red,
dragged his bow on the strings when all the folks were a-bed.
He would chase away anguish for two graves on the hill
for the fires and the floods and the rats in the till,
and his reel was a prayer for all the pain to end soon.
Brown fiddle that wailed at the moon,
Brown fiddle that wailed at the moon.

It was just a blue fiddle in a smoky café
where my grandfather worked fourteen hours a day,
All the young men would gather over secreted gin,
tapping toes to the ragtime as the factories closed in.
When their laughter subsided, if he listened too well,
he could hear shells exploding in some far parallel.
And he prayed for a white bed as he scrubbed each knife and spoon.
Blue fiddle that dreamed of the moon,
Blue fiddle that dreamed of the moon.

It was just a red fiddle decked with flowers and beads,
but in my father’s hands, it sowed magical seeds.
All his other possessions, he could stash in a glove,
for he’d journeyed to Haight Street to learn all about love.
So he joined all the pilgrims with Aquarian eyes
Who had unlocked their collars and then burned all their ties.
When he played raucous ditties, they would all join hands and croon.
Red fiddle that reached for the moon,
Red fiddle that reached for the moon.

Now it’s just a gray fiddle wrapped in muslin and cord
in the attic where so many daydreams are stored.
All the strings have unraveled and the bow is unwound
It’s still shaped like a fiddle, but it won’t make a sound.
And I can’t help but wonder what my great-grandpa’d say
to see how his valentine’s left to decay.
How I long to relieve him, but I can’t recall the tune.
Gray fiddle as cold as the moon,
Gray fiddle as cold as the moon. 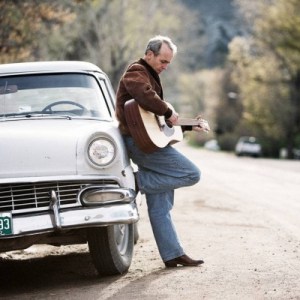