This summer seems to be experiencing a resurgence of the ’80s, from films like Top Gun: Maverick to the Netflix series Stranger Things. And with these ’80s-themed hits come ’80s fashion trends: neon windbreakers, scrunchies, and mismatched layered clothing. But beyond the film and fashion trends comes a rise in ’80s rock.

Songs like Kate Bush’s “Running Up That Hill” and Metallica‘s “Master of Puppets” have made their way back to the Billboard charts, and have even broken records. To celebrate the ’80s comeback, we’re looking at some of our favorite ’80s rock ballads. Continue reading to see how these ’80s rock ballads last forever.

Dance your heart away with The Cure’s first hit to reach the Top 40 Billboard charts in the U.S. “Just Like Heaven” is an upbeat, fast-paced track that’s made to make you feel like whirling with one person in a crowd of people. It’s fun and freeing, and only makes sense that it’s a part of their seventh studio album Kiss Me, Kiss Me, Kiss Me. Whatever the case, the flirty tune does make you feel like you’re just like a dream.

Bono took an emotion-packed love song, vulnerable yelling, and an edgy guitar solo to create “All I Want Is You.” The 1988 song was released off the band’s fourth studio album Rattle and Hum and is about his wife, Allison Hewson. Bono sings like a poet while the band plays classic rock. Somehow, they connect the bridge between wanting to be desired and screaming the song at a concert. Perhaps the best part of this song, though, is the sacred strings at the end, building up to a haltered stop.

3. “Under Pressure” by Queen, David Bowie

What happens when you take two of the greatest names in music history and put them together? Pressure, apparently. The rock ballad, released in 1981, took the reality of day-to-day life and ran with it. It all started with Bowie and Queen, playing songs together for fun, finally coming to terms that they should be collaborating together. And we’re glad they did, because not only did they create one of the most relatable songs of all time, but they produced one of the most well-known, iconic songs of all time as well.

At this point, Stevie Nicks had left her fellow band to pursue a solo career, right? Wrong. While it is true she had started her solo career at this point, she continued to make music with the band. And while we understand why she left the band (and even more recently, why she would consider leaving them for Tom Petty and the Heartbreakers), we are still ever so grateful that she stayed. Because, if she hadn’t, she very likely would not have made this self-reclaimed, bittersweet ballad. After all, whoever said ballads couldn’t be about yourself?

5. “This Must Be The Place (Naive Melody)” by Talking Heads

You’ve probably heard this tropical tune from the 1984 concert film Stop Making Sense. Frontman of the band, David Byrne believes that it’s one of the most romantic songs he’s ever written. And how could anyone argue otherwise? The lyrics, I love the passing of time/ never for money, always for love, say it all. The song feels like butterflies fluttering in your stomach, and thanks to Byrne, must be one of the most popular songs by the band.

6. “The Beautiful Ones” by Prince

There’s nothing we love more than a feminine male musician defying the odds of gender normativity. One of the founding fathers of this fashion/culture is the one and only, Prince Rogers Nelson (also known as Prince). Between his sexual lyrics and his fluid synths, he not only paved the way for men in the music business but he changed the face and direction of the music industry altogether. “The Beautiful Ones” is a high-pitched cry for a desired crush that comes off of the soundtrack from his 1984 film Purple Rain. There is even a book about him called The Beautiful Ones. Talk about success!

7. “Dancing in the Dark” by Bruce Springsteen

Who could get more rock ‘n’ roll than The Boss? The first single off of Born in the U.S.A, “Dancing in the Dark” is the epitome of writer’s block. The lyrics, I’m sick of sittin’ ’round here trying to write this book, hit home for any writer. But beyond that, the song is what earned Springsteen the number 2 spot on the Billboard Hot 100 for over 17 weeks, only topped by Prince’s “When Doves Cry.” The New Jersey native attracted a younger audience with “Dancing in the Dark,” as he so effortlessly ties the desire for dancing in with timeless rock ‘n’ roll. 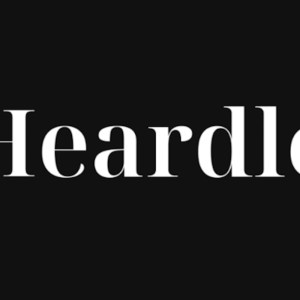