First birthdays are special for every family with a one-year-old. It isn’t just a milestone for the little one, it’s also a celebration for the mom and dad who managed to make it to a year, hopefully with minimal loss of sanity and usually with maximum loss of sleep. For country artist Mo Pitney and his musician wife Emily, though, the first birthday of their baby girl, Evelyne Nadine, is bigger than all of that.

Now, Mo is a pretty laid back singer and songwriter. Known and well respected for his traditional country sound, and beloved for his quiet, gentle demeanor, the Illinois native is also known for his strong faith. And while he is still in the early stages of his recording career, the release of his debut album, “Behind This Guitar,” in 2016 made a lot of country music fans and critics stop and take notice.

RELATED: Looks like Joey+Rory’s faith-filled message will live on forevermore

Early in 2016, Mo took a walk down the aisle with sweet and beautiful Emily Bankester. Then, late in the summer, he shared the big news that he and his new bride would happily welcome their first baby in early 2017.

But even fairy tales have a moment of darkness, but those moments only serve to remind us that goodness prevails, and it did for Mo and Emily, too.

In a post on his Instagram page, Mo reflects back on the day that he and his wife welcomed their baby girl into the world. And the scenario isn’t exactly picture perfect.

“Well, one year ago this morning I fell asleep at midnight and woke up at 1 a.m. to Emily yelling from the bathroom, ‘Babe!… MORGAN! I think my water broke,’” he writes. “We immediately packed and took a semi-leisurely drive up to Carbondale, Illinois.”

Upon arriving in the rural southern Illinois town, however, things began to take a turn. Mo continues, “We had no clue we were walking into an immediate emergency C-section due to a prolapsed umbilical cord. There were moments that I legitimately thought I could lose my new bride and new baby. God was merciful. We walked out a few days later alive and healthy. Happy birthday Evelyne Nadine.”

While we’re sure the past 12 months have been filled with spit-up, dirty diapers and sleepless nights for the couple, we can’t help but think that the highs for this little family have been super high. Heck, little Evelyne even made her Grand Ole Opry debut in the past year.

She’s also already collected a few stamps in her passport!

RELATED: Country up-and-comer Mo Pitney got a standing ovation his first time at the Grand Ole Opry — When you see this, you’ll know why

And, since Daddy is an avid outdoorsman, Evelyne has also had her first taste of wild game, yummy pheasant!

So, as frightening as her arrival may have been, it was obviously worth it.

Maybe when Evelyne takes that double-fisted nosedive into her first birthday cake, Mo and Emily can breathe a sigh of relief because, you know, the terrible twos are up next and we hear they’re a breeze … 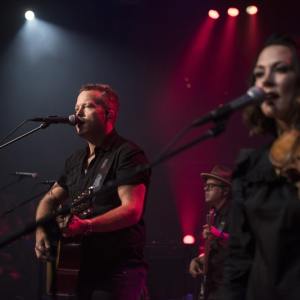 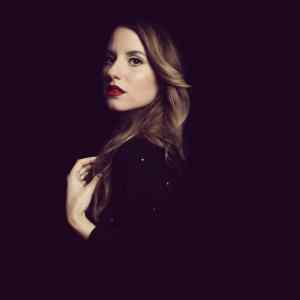