Berlin seems quiet at the moment, and Agnes Obel is happy to be home. In the midst of a global pandemic, her major metropolis is seesawing between some semblance of repair and being locked down. People are walking around at a social distance, and schools, hotels, restaurants, and shops are scheduled to reopen in the German capital, unless there’s another spike in Covid-19 cases.

“It’s more chill,” says Obel. “I guess because it has not been hit as hard as other cities, and a lot of people outside are following the rules. It’s not like Paris and Spain where nobody is going out at all.”

Her fourth album, Myopia (Blue Note Records), released February 2020, is an exploration of stillness, solitude, and uncertainty that speaks to the sometimes precarious state of being human in lockdown.

“In many ways, it is the perfect time for Myopia to be out, because the state of mind of it is to sit alone and listen to it,” Obel tells American Songwriter. “And the feeling that you can’t really trust everything you hear is the feeling I had when I made the album—the feeling that you don’t really know what’s true. I think everybody feels like that right now.”

Myopia (/mīˈōpēə): a lack of foresight, intellectual insight. On its surface, the title isn’t an inspiring lift, but it instead speaks more to the Danish-born singer, songwriter, and multi-instrumentalist’s creative process, her inward approach, and necessity to be alone when making music.

“I always try to work a little bit alone and try to keep myself away from the internet,” says Obel. “Mostly, I don’t do anything else in the days I work on music, so I think that blank slate, in a sense, makes sense to me. It’s sort of like you force yourself to be alone a little bit.”

Written, recorded, and produced at Obel’s home studio in Berlin, Myopia is an abstract anatomization of the human psyche, transcending through ambient instrumentals, and an intoxicating blend of vocals, hovering on Jarboe-bred voice manipulation on atmospheric “Broken Sleep” and “Island of Doom.” Expanding into the album’s midway point, “Myopia” offers a delicate lilt, drifting through the more classical instrumental of “Parliament of Owls” and Obel’s melodically moody echo on “Won’t You Call Me.”

Opener “Camera’s Rolling” is one track that stands out most for Obel. Piano-charged, it’s haunting, yet gracefully questions action and what can’t be undone in The camera’s rolling / What will you do? / That you can’t undo.

“I haven’t really made a song like that before,” says Obel. “I’m not sure I will ever make a song like that again, because there was a feeling I don’t really like. I’m happy I got that atmosphere and that state of mind into a song somehow, and was able to materialize it, but I was happy I don’t have to do it again. It was an almost claustrophobic feeling in what the song is about.”

The claustrophobia is the mental struggle Obel commonly faces in her daily life, and creatively. This second-guessing herself and insecurity is something Obel explored on Myopia. “It’s about sometimes when you have to make choices and realize that you can’t undo your choices,” she says. “Then there’s also an element of shame, that you can be completely inactive and not able to make a decision. I don’t always know what I can trust, even my own opinion about things and how I experience things.”

She adds, “Myopia is very much about that. Sometimes I feel unsure about my music, because I work intuitively and I already know there’s a certain truth about music. I have it with everything else—sometimes even my own motivation of why I’m doing things. Am I actually doing this because I want it, and if I want it why do I want it?”

Tracing the human mind back to that of an Olympic sprinter who’s ready to run a set number of meters, the gun goes off, and Obel says the brain actually responds before it has registered the sound. In many ways, this is how humans tend to function—particularly when stimulated by slanted media and the Internet—which can lead to a loss of a sense of being.

“We do so many things automatically, even with emotions, we automatically do something we’ve been programmed to do,” says Obel. “The more you think about it, the more you can start to doubt yourself, everybody around you, and the culture we’re living in, and it can be really destabilizing. On top of it, we have a media situation and information [online] that is hijacking your mind. It’s getting more difficult to find your way through it and find a way to make sense of it all.”

She says that technology also becomes a way of documenting life by pushing a form of action into reality, particularly when it comes to social media. “Sometimes nothing is actually happening and you’re just pretending like something is,” says Obel. “You’re living a sort of a assimilation of life. You’re simulating a real, live life through this camera.”

Planted in real life, Obel is realistic when it comes to her creative control, something she has worked to take hold off since her second album, 2013’s Aventine. She soon realized that she needed a manager to help keep outside influences away to protect her personal life with filmmaker and longtime collaborator Alex Brüel Flagstad, and her art.

“At some point, I realized that to be able to make music that you find interesting, you have to accept the fact that you have to, in a way, isolate yourself to a certain degree since the [music] business can be a system of making money in different ways,” says Obel. “If you work with material that’s about your own life, you have to protect your own life, otherwise, they see you as something generating income. At some point, you just have to build up these walls and protect yourself. You can still be open and have fluid communication with people but still protect what you need to protect.”

Always a private experience for Obel, her writing is often fueled by feeling and imagery. The daughter of musicians—her mother was a pianist and her father a jazz guitarist—at times, songs can come quickly, while others require the melody and words to flesh out over time.

“It takes me forever if it’s something very complex that I want to say, and I am not able to find a good image for it,” says Obel. “Most times I leave it until I find something. If I have a very strong feeling, and I’m able to find some sort of word or image that fits what I feel, then I will trust my instinct and go for it.”

“It’s Happening Again,” off Citizens of Glass (2016) was written following the mass shooting at the Bataclan in Paris in 2015, and while the song is not directly about the terrorist attack, it is a reflection of the intense feelings following the tragedy. “I just felt something like a nightmare feeling, and then this feeling that it has happened before,” says Obel. On her 2011 debut, Philharmonics, “Riverside” was penned swiftly but under different circumstances. “I just wrote the piano line, which is in the chorus, and then the intro,” she says. “I felt it sounded like water, and I was writing next to a river, and then in one go, the whole song was written.”

Sheltered in Germany, Obel’s mind is still moving, wandering, and she’s still creating, regardless of the current halt. She has resolved that she probably won’t return to touring until 2021—Obel was currently scheduled to tour North American with Dead Can Dance for their A Celebration—Life & Works tour. As she waits for normalcy, Obel is releasing a series of live videos, produced by Flagstad from her January show at National Sawdust in Brooklyn, NY.

Musically, she’s still exploring and questioning the human psyche and everything encompassing it. “I’m still very interested in reality and not trusting reality and your own perception of reality, intellectually understanding how we see and perceive reality and construct it,” says Obel. “It’s not just in my mind. I feel it’s everywhere. Every time I open a magazine or go online, it’s a question of ‘can I trust us?’ And we have the internet where less and less traffic is actually human and more bots and trolls. We have more artificial intelligence out there.”

She adds, “There are so many things now where I think our reality is being questioned, so I’m very curious about this and that experience. I’m finding ways to express this with sounds and trying to build my own sound world around that idea.” 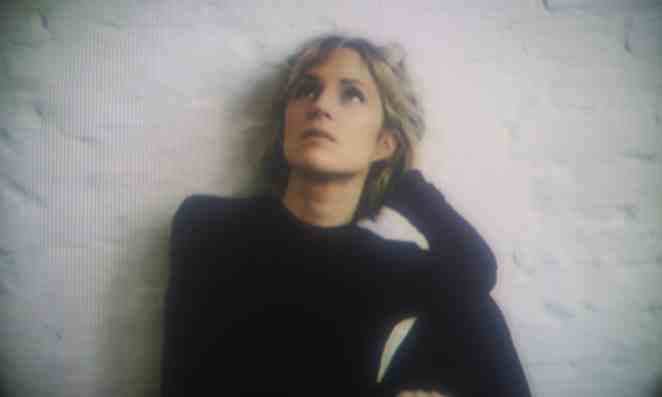 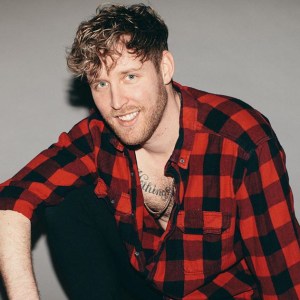 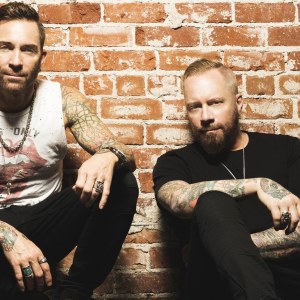