“‘Her Manner’ is an ode to romanticizing addiction. Learning to break the cycle and address your issues rather than to perpetually seek out pleasure.”

New York-bred Zuli Jr. knows a thing or two about addiction, and the elements of its escapism and mental destruction on “Her Manner,” off his upcoming second album Stop It God (Nurtured Ideas), out May 14.

“I wrote the song as a first step towards looking inward for joy instead of fixating on a quick high to escape reality, “whether it be sex, drugs, alcohol, social media or any other vice,” says Zuli, in his barest refrain of I’ve been letting go / I don’t want know more / Venus fly Round my waist / Loving me out of my mind / But I can handle that.

Inspired by Daisy Fay Buchanan, Gatsby’s object of affection in the “The Great Gatsby,” Stop It God is Zuli Jr.’s truth, a partial coming of age narrative fused in sci-fi pop, stories of life, and other illusions, weaved around technology, the empty validation of social media validation, and its addictive escape.

“I tied the album concept into everyday technology,” says Zuli. “Social media reinforces the narrative of constant reflection and being your best self all the time. We get lost in this idea—and it affects our confidence. The songs are written as a mirror image of this—a reflection on the creative being within us all, and the modern world that leads us to believe we are at the center of it.”

Zuli adds, “The world building on the album was the last key. It pays homage to 2001: A Space Odyssey and Black Mirror. At the same time, I found inspiration for Daisy from The Great Gatsby. Gatsby changed everything about himself for Daisy, but in the end, it was all for naught.”

Sparked by a piano part that came to Zuli one afternoon, the other half of “Her Manner” pieced together from voice memos of the artist freestyling the song. “This song sort of fell into my lap,” says Zuli. “After that I had a better understanding of what I was talking about and was able to edit, finish the second verse.”

Learning about himself and what he experiences through the making of a song, writing is experiential and experimental, depending on how the story reveals itself. “I let the music speak for itself, allowing me to write from a feeling and pull from my heart rather than my brain,” he says. “That’s when making music is the most fun and feels like divine intervention.”

Sometimes it’s an instrumental or a melody in his head or writing feelings down as a song.

“Writing a song feels like a grey area and I wouldn’t have it any other way,” says Zuli. “The mystery of its creation is what makes it exciting every time. “

Stirred by his own vices and the pursuit of joy within, rather than short-term pleasures, “Her Manner,” explores finding intent and content without the escape.

“I want fans to know that they’re enough and they don’t need an escape from themselves to get on in this world,” shares Zuli. “It’s a tough message as it needs to be worked on every day, but acknowledging it is the first step to finding that happiness within.” 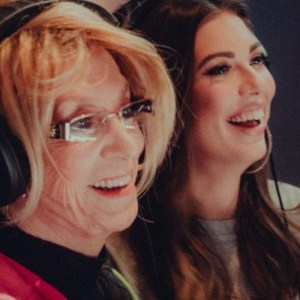 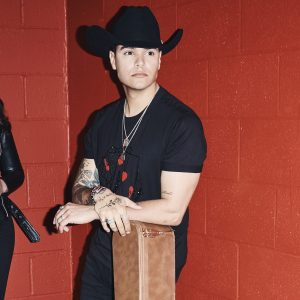