“I made a rule very early on,” explains American Aquarium frontman and songwriter BJ Barham. “I never wanted to make the same record with the same producer in the same studio. So every record I’ve ever made has been in a different city. “

He’s recorded in the creative vortexes of Sheffield/Muscle Shoals, Alabama; Oxford, Mississippi; Tulsa, Oklahoma; Raleigh, North Carolina, where he lives with his wife and 2-year-old daughter; and Los Angeles, where the band cut their latest album, Lamentations, in just eight days.

Isbell and Fullbright, both world-class songwriters, are friends who wanted to work with a fellow talent. But Barham didn’t know Jennings; they just happen to share a booking agent. Jennings had just co-produced Brandi Carlile’s multiple Grammy winner, By the Way, I Forgive You, with Nashville’s hottest producer, Dave Cobb — who’d produced Jennings’ first album, Put the ‘O’ Back in Country. Barham loved that album.

A demo version of Lamentations was sent to Jennings. Two days later, Barham got a text that read, “Hey man, I’d really love to do this record.”

And what a record it is. Barham, the band’s founder and sole songwriter, goes to some dark, deeply emotional places, confronting issues both personal and political; issues that could keep any father — or any sensitive human — awake at night.

In “A Better South,” Barham, who grew up in small-town Reidsville, not far from Raleigh, sings, in a voice carrying echoes of Steve Earle’s, There’s a shadow here, looms long and black/It’s always one step forward and two steps back … To the right side of history, we’re always late/Still arguing the difference between heritage and hate.

The title track, “Me and Mine (Lamentations),” is an eerily appropriate dirge for a pandemic-ridden, addiction-riddled, economically devastated nation, though it was recorded in December of 2019. (Barham and his five current bandmates — the latest in a long list of American Aquarium members — actually tracked most of the album in just four days.)

As he does throughout the album, Barham eloquently evokes his biggest influence, Bruce Springsteen, as he damns the greed and political machinations that cause the song’s protagonist to wake up from — and give up on — that once-attainable, now cruelly evasive American dream.

When he set out to write this album, Barham says, he’d intended its theme to be a double-play on the Webster’s Dictionary definition of lamentation — “an extreme expression of sorrow or grief” — and the bible’s Book of Jeremiah, an apt parable for a country that seemed to be careening toward Armageddon even before Covid-19 struck.

“When Jerusalem gets taken over by Babylon, this is Jeremiah screaming out to God, saying, ‘Where are you? Are you even real?’” Barham explains. “I saw a lot of parallels between that and 2020 America.”

But he quickly realized he didn’t want to record an entire album of political songs.

“I didn’t want to be that heavy handed,” Barham admits. “If I’ve learned anything over the years, especially when it comes to writing political songs in the South, you have to write with a touch of empathy. You have to write with a little bit of humanity, because if you come out and you tell somebody, ‘I’m right; you’re wrong; fuck you,’ you’re not going to change their mind. You’re not even going to get them to listen to you.”

Even when he’s not addressing the nation’s ideological and economic schisms, Barham says he’s now plumbing more serious territory than ever. And these songs are very personal, even though they’re not completely autobiographical. “Six Years Come September,” for example, is an emotionally searing midtempo ballad about an alcoholic’s last drink — and the reason why he got sober. Like a tautly written suspense film, its lyrics deftly foreshadow the song’s sad climax — an event Barham didn’t experience. But he will celebrate six years of sobriety in September.

But that wasn’t the event that caused his shift toward introspection.

“The minute I became a dad, it all changed,” he notes. “I started writing about things that really mattered to me, but [also] matter to everybody else. … Before that, I was a kid. I was writing about drinking and girls and the road and rock ‘n’ roll. … This record is about the things that break us as human beings. And I think that is something that everyone will be able to connect with on some kind of level. Yes, I talk about politics, but I also talk about love and love lost, and addiction, and financial ruin.”

Becoming a parent also ignited a sense of responsibility to speak out on issues such as the racism he addresses in “A Better South” — because, he says, “I never want my daughter to come up and say to me, ‘This thing that happened in history, you had a chance to change it and you didn’t.’ I never want to have to look her in the eye and tell her that her dad was afraid of losing Facebook or Twitter followers. I want her to know that her dad, every single time he had a chance to say what he thought was right and wrong, he stood up for it.”

But it’s not all morality tales or gloom and doom. “Starts with You” and “The Long Haul” focus on stability and/or sobriety struggles, but both are ultimately love songs, leavened with doses of humor and even optimism — and in the latter case, the priceless couplet, So last Sunday after supper, I asked her why she stays/She said I ain’t gonna be just another song about walking away.

Barham’s characterization of the band’s sound as “kind of country rock” fits both songs accurately enough, though he shovels generous clods of Red Dirt through the former. On one of the more rockin’ tunes, “The Luckier You Get,” he pays musical homage to both the Boss and Barham’s other main touchstone, Tom Petty. It is, in fact, a song about rock ‘n’ roll.

And who really is in it, as he sings, for the long haul. 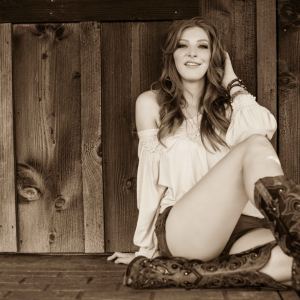 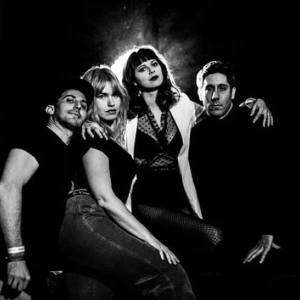