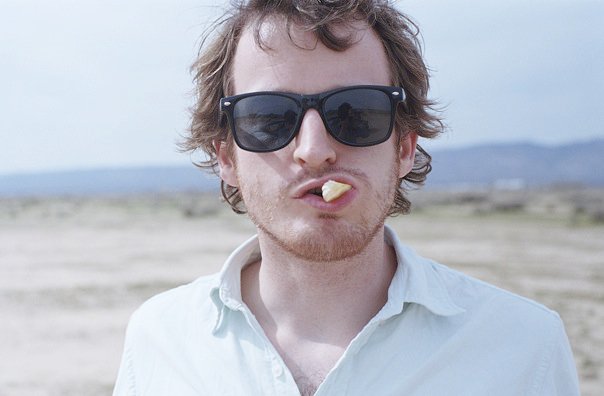 I was born outside of Philadelphia, and started playing music in a Motown cover band in high school. That taught me the importance of a hook. I went to school in Boston and then made my way out to Los Angeles in 2006, where I’ve been ever since.

You’re a graphic/web designer. Does a creative job like that make it harder to be creative musically off the clock?

It can be a challenge, but luckily with music and visual art I am accessing two complimentary parts of my creativity. Having a job that forces me to be creative is something that keeps the artistic muscles constantly stretching. A song needs to be visual. It needs to evoke colors or set a scene of some kind for the listener. I’ve found it’s all tied together. It’s all freelance so I can work from home or even when I’m on tour. I have the ability to switch to songwriting if I get inspired. So, the design gig is really the perfect side job.

You’re on Veranda Records, based out of Sweden. Tell us how that happened.

I was on tour playing in New York City. During the show I noticed these attractive blonde haired people in the audience. Afterwards, Petra (one of the blondes and the president of Veranda Records) approached me and introduced herself, explaining she had a label in Sweden. The next thing I know, I was on a plane along with my singing partner, Samantha Yonack, heading to Stockholm to record. We’ve been their twice now. First time to record and the second time to tour and support our new album, Weddings Or Funerals. It’s such a wild thing when I step back and think about it – but having a home for your music in a place so far away is really exciting and special. 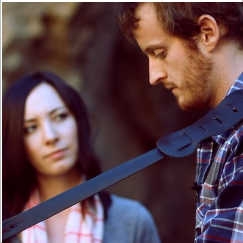 How long have you and Samantha been working together?

I’ve been playing, singing and co-writing with Samantha now for about five years. It started out as this sort of harmony accompaniment situation, where Samantha would come up for a couple songs at the shows. However, now our live show plays way more with the male/female dyamic and harmony. It’s great to have someone to interact with vocally on stage, for me and the audience. Samantha is such an amazing singer and performer that it only makes sense to showcase that more. Lately, we’ve been co-writing more and more and there are several songs on the latest releases that we’ve written together, some of my favorites, i.e. “Lazy Love,” and “By The Stream.”

What albums have you put out, and what do you have in the works?

In 2008 I released a self-produced album, called Backyard Waltz. Then, in 2010, with Veranda Records we released the Burn Me In My Boots EP (worldwide) and a full length album, Weddings Or Funerals (out in Scandinavia) both produced by Lasse Marten. Later this year Weddings Or Funerals will be released in the US – can’t wait!

Which process gets you going more: writing or recording?

I would probably say writing. I love the process of creating something that’s never been done before and the fact that you can really go anywhere you want, change the words, twist the story, mess with the chords, all that stuff is what makes songwriting so exciting. That’s why I do it. Recording can be all that too, but it feels a little less organic in that sense – doing multiple takes, edits, corrections, etc is something I’m not interested in. It’s easy to lose the fire when you’re in a sound proof box. Luckily with our producer, Lasse, he understands that and is very much about keeping things fresh and honest.

What song of yours would you play if someone told you to play for your dinner?

Well, the truth is I’d probably make up a song about how I can smell the lasagna cooking in the oven, how I hate Caesar dressing that tastes too much like anchovies, and how parmesan cheese is delicious but has too many artificial flavors and too much sodium. What am I playing on the guitar?… Well I’d most likely be playing some sort of progression like, G D Am C…capo on 3, obviously!

If that didn’t work, I would get serious and sing “Television”(a song I wrote for my Mom while she was getting surgery back home in Philly and I was stuck in LA). However, if Samantha was with me, we would for sure sing “Kerosene” (first track off the new album).

Do you play live much? What’s your set up?

To me, that’s why I write songs… to play live. We tour as much as we can. Last year we performed throughout Sweden and Norway along with three tours of the US. Our setup when we are on the road is just acoustic guitar and two vocals. It’s great when it’s just Samantha and I because we can play all types of venues and keep the tour costs low. When we’re in LA or we have time to put together a band it usually consists of a fiddle player, bass, and a small drum kit. Our next batch of shows this year are in Texas followed by a summer tour in Sweden. 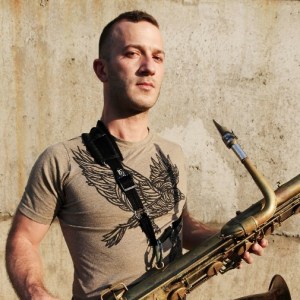