Tom Petty’s songs cut right to the chase with a direct, take no prisoners attitude. The instantly memorable choruses to his classics — “American Girl,” “Don’t Come Around Here No More,” Free Fallin’,” “I Won’t Back Down” among them — are ingrained in the American culture. Petty has always been an artist who does things on his own terms. That vision and resolution to remain true and honest earned him the ASCAP Founders Award last night at the organization’s 31st Annual Pop Music Awards, held at the Loews Hollywood Hotel in Los Angeles.

“All of us are here because of songs,” Petty said to the room full of aspiring music creators, award-winning songwriters, recording artists and industry executives. “It’s long, lonely work. You sit there waiting for magic. But magic is always a trick. But with a song, it’s really magic. Suddenly some cosmic line is open and then in minutes it appears and you’re singing it. It makes people happy and makes them feel good. It brings people out of comas. It does so many great things.”

Old friend Jackson Browne presented Petty with ASCAP’s highest award, given to songwriters who have made pioneering contributions to music by inspiring and influencing their fellow music creators. Noting Petty’s rebelliousness and “unmistakeably Southern” attitude, Browne said Petty has “one of the most distinctive voices in American songwriting” and was also able to navigate the changes in music and transition to a video-heavy format without compromise. Backed by his skilled band The Heartbreakers, he mined from early pioneers like Chuck Berry and Jerry Lee Lewis and “made it new.” Petty and his band play “a homegrown version of rock and roll with an attitude and a defiance. The songs were great. The songs were original. He’s not only an inspiration for songwriters. He will be an inspiration to lovers and rebels everywhere for all time. Somewhere along the way I started trying to write a song as simple as true as Tom Petty’s. And I’m still trying.”

Louisiana-born songstress Lucinda Williams paid tribute with a sublime performance of the under-appreciated “Rebels,” turning the song into a mid-tempo Southern swamp rocker. Williams’ unique drawl and vocal delivery, best described as “Petty-esque,” emphasized the songs’ message of defiance as she spit out the lines “with one foot in the grave and one foot on the pedal, I was born a rebel.” The admiration the two have for each other is mutual- Petty himself has covered Williams’ songs in the past (“Changed The Locks”).

Petty complimented Williams’ performance and Browne’s speech. “These people are real- there’s an honesty about them. That’s why the songs ring so deep within our soul. My generation used music to speak to the world, to put in our two cents about how the world would be treated and built. We wanted to say something, but we were being pushed away. Through my great heroes like Jackson, Bob Dylan and others, I’ve learned what makes a good song.”

“Some songs are meant to be huge hits, they’re meant to reach everyone — football stadiums sing them. And then there are some songs that might be the ninth track on an album that didn’t sell well. But one day that track is just supposed to play one time to one person. And it changes things.”

Petty thanked his family for putting up with long absences from home, and his band and management for encouraging and making his dream of playing music possible. “My life is one long recording session. The session never stops, and I’m grateful for it.”

The band Fun. was presented with the Vanguard Award, which recognizes the impact of musical genres that help shape the future of American music. Singer Nate Ruess offered advice for other artists. “Don’t look at the charts. Make albums.”

Heartfelt was the theme for all of the live music performances. Songwriter Greg Holden opened the evening with a beautiful rendition of his multi-platinum Phillip Phillips co-write “Home.” Mary Lambert took to the piano for an inspirational rendition of “She Keeps Me Warm,” which is featured on the Macklemore and Ryan Lewis breakthrough hit “Same Love.” Avicii’s infectious “Wake Me Up,” performed by writers Aloe Blacc and Incubus guitarist Mike Einziger, was stripped down to just guitar and vocal but still held its’ own as a clap-along anthem.

Top awards were presented to:

A full list of winners can be found here. 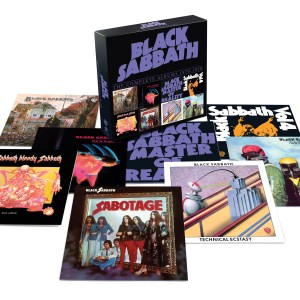 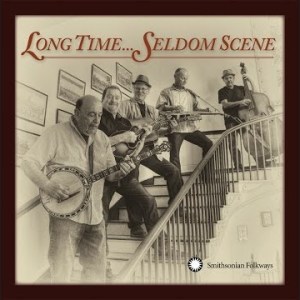