Ashley Judd revealed more details about the death of her mother Naomi Judd, who passed away on April 30 at the age of 76, during an emotional interview with Diane Sawyer on Good Morning America.

Though still grieving their mother’s death, Judd said it was important that their family be upfront about the cause of her mother’s death before everything became public without their control.

“There are some things that we would just like to retain as a family,” said Judd. “Both sister and pop [Judd’s stepfather Larry Strickland] have sort of deputized me in certain ways to speak on behalf of the family at this early time before things about the 30th of April become public without our control.”

Judd added, “We’re aware that although grieving the loss of a wife and a mother, we are, in an uncanny way, a public family, so that’s really the impetus for this timing. Otherwise, it’s obviously way too soon, so that’s important for us to say upfront.”

Ashley, along with her sister Wynonna Judd, who was scheduled to go back on tour with their mother as The Judds this year, added that it’s also important for them to maintain their mother’s dignity.

‘There are many places to begin,” said Judd. “I think that I would start with… my mother knew that she was seen and she was heard in her anguish and that she walked home. When we’re talking about mental illness, it’s very important… to be clear and to make the distinctions between our loved ones and the disease. It’s very real… it’s lies. It’s savage.”

Judd then described the day her mother died. She was back home in Tennessee and went to visit Naomi’s house. “Mom said to me ‘Will you stay with me?’ and of course, I said ‘Of course I will,'” shared Judd.

Later that day, Judd says a friend of her mothers came by to visit. When she went up to tell her mother, she discovered her.

“Mother used a firearm,” said Judd. “That’s the piece of information that we are very uncomfortable sharing, but understand that we’re in a position that if we don’t say it someone else is going to.”

Judd said that the impact of her mother’s death has left her with immense grief and trauma and she prays that her family can have some privacy during this difficult time to heal. She also added that she wants to remember her mother for the woman she was and the people who connected with her throughout her life. Judd added that her mother once said that performing on stage was like flying and made her feel most alive. The Judds gave their final performance together singing their 1990 hit “Love Can Build a Bridge” during the 2022 CMT Awards.

“She was very isolated in many ways because of the disease,” added Judd. “And yet there were a lot of people who showed up for her over the years, not just me. I really accepted the love my mother was capable of giving me because I knew she was fragile. And every time we hugged and she drank me in, I was very present for those tactile experiences, because I knew there would come a time when she would be gone, whether it was sooner or whether it was later —whether it was by the disease or another cause.”

Towards the end of the interview, Judd talked about her own struggles with mental illness, which she documented in her 2011 memoir All That is Bitter and Sweet, and emphasized the importance of seeking help when needed, naming the National Suicide Prevention Hotline and the National Alliance for Mental Illness as resources for help.

Judd also took a moment to read a letter her sister Wynonna wrote for her to share during the interview. “I’m thinking a lot about you today,” wrote Wynonna. “I love you. I’ve been looking at photos of us when we were little. LOL, Good Lord. You were such a cutie pie. I laugh and I cry, and I thank God we have each other. I need to take some time to process, and I need this time to myself.”

Wynonna went on to say that she wasn’t ready to speak publicly about her mother’s death yet, which is why she could not join Ashley for the interview.

“We have each other, and I’m grateful we’re connected as we walk together through this storm,” said Wynonna. “I just can’t believe she’s gone. I’m here. This will take time. I love you, dear sister. I’m proud of you, and I’m here whenever you need me.” 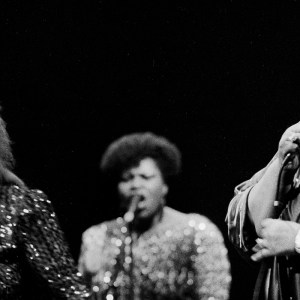 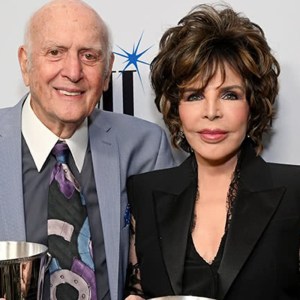