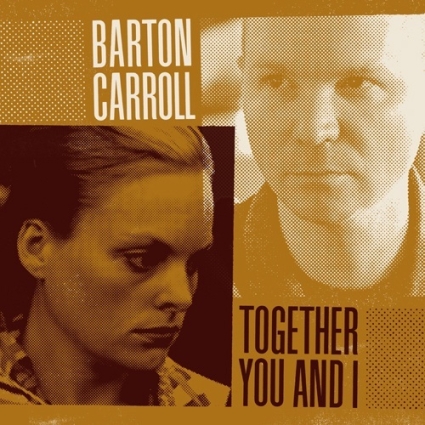 Together You And I

One-time Crooked Finger/Dolorean/Azure Ray sideman Barton Carroll crafts hardscrabble folk music populated with emotionally haunted souls. In a plaintive voice recalling Jimmie Dale Gilmore and Freedy Johnston, Carroll sings about world-worn characters struggling to survive but not surrendering. In one song, he croons, “Since there’s no such thing as love/let’s get on with the illusion,” which neatly summarizes his balancing act between hope and disappointment.

Carroll’s sharp-eyed, unflinching story-songs serve to separate him from the troubadour pack. “Shadowman” tells the poignant tale of a man whose fraternal jealousy slowly dissolves with the brother’s fatal illness, while the title track marvelously essays a gritty exchange between a restless-for-release prisoner and his loyal wife.

A North Carolina native who’s now Seattle-based, Carroll also distinguishes his fourth album with some subtly creative arrangements. Versatile horn player Craig Flory injects a jazzy vibe to several songs, including a clarinet running through “The Poor Boy Can’t Dance” and a pleasantly unexpected flute that warms up “This Town Is Cold.” While “Past Tense” isn’t one of the strongest tracks, it does shake up the melancholic mood with its rockabilly beat and playful attitude.

Navigating through life’s darkness and light, Carroll delivers a disc that is an intense but rewarding listen.