As much of the world has come to know, John Prine had a genius for laughing at life. Almost all of his foundational stories, the ones about how he became who he became, are funny. Funny but true. This applies to the writing, playing and recording of “Souvenirs,” one of his classic and most beloved songs.

Though written along with all the masterpieces included on his 1971 debut album (which included “Hello In There,” “Angel from Montgomery,” “Sam Stone” and more), it wasn’t recorded for that album. But not out of his design, but because he was told they’d already recorded 13 songs and didn’t need another. “They just said no, that’s okay, John, we got enough,” he said. He felt it should have been there.

Instead, “Souvenirs” was relegated to his second album, Diamonds in the Rough, released in 1972. Produced also by Arif Mardin, who produced his debut, it was done quicker and at lower cost, which is what John wanted. “We did it in three days at a cost of $7200,” he said, “including beer.”

“I just wanted to do Diamonds the way I was used to playing music at my house,” he said, “with Dave and Steve.” Dave and Steve being his brother Dave Prine, and his best pal Steve Goodman. Goodman, as Prine fans know, was not only John’s greatest champion, but also an extraordinary accompanist for him.

In pure Prine style, when introducing this song he praises Steve’s musical greatness while also getting a laugh: “He had a way of picking the guitar on this particular song that made it seem like I was playing the good parts.”

Like his songs, it’s funny but true. Goodman’s effusively generous love for Prine was alive in that guitar part, which is on the album and in many live performances. It is so perfectly wed to Prine’s famously two-fingered fingerpicking pattern, rhythmically as well as harmonically, that it is ingenious, and exactly for the reason John explains. For Goodman, it never was about making the world see how great he was. It was about making sure the world heard the greatness of the song. And that of his friend, the songwriter.

Even the composition of the song is something John has joked about, feeling it had grander musical proportions than it did, as he shares in his recollections from our interview, which follow.

It’s another song, so remarkable from a young man, about his biggest theme: the sorrowful recognition of time passing. He’s the guy who in his 20s wrote the greatest song ever about how it feels to be old. And here, using funny words of his own invention like ‘boughten,” which tell you clearly that this isn’t about poetry, it’s about real life. This is how it really feels to be in this world. Reflecting on the everyday symbols of passing time, while others his age sang of sunshine, romance, rebellion and youth, he sang of the containers of the past itself, the graveyards, pawnshops and old love-letters. This song is not about the future, it’s about mourning for all he had collected and lost.

All of it is the sign of an old soul, and one with a big, empathetic heart. Only someone who felt things deeply, and understood the sorrow of others at an age when most think of themselves only, could write such songs. And only John Prine could do it with a laugh.

JOHN PRINE: Okay, “Souvenirs.” I wrote that in my car. A ’65 Chevelle. Driving to the Fifth Peg (the club in Chicago which gave him his first gig).

It was like the fifth or sixth time playing there. I used to play there just Thursdays after they hired me. They hired me from that open stage the very first time I sang for the crowd. They invited me back a week later, and I did it again for an open stage. And that night the owner asked me if I wanted to sing once a week. I didn’t know I was auditioning. I didn’t know what to do, how long you’re supposed to sing or anything.

So I went home and wrote a bunch of songs to fill in the time. They told me to do three sets of 45 minutes. So about the fifth time I was driving down there I thought, God, the same people are gonna be sitting there. I better have a new song.

Where any of that song came from, I have no idea what the start was.

I have three brothers, two older, one younger. And one of them was asking me about “Souvenirs” once. He was five years older than me and I remember once we were at a carnival and we were very small, and he got lost for a while and I got very, very scared that I would never see my brother.

I remember that. It was a different kind of scared than I had ever experience before in my life, like being scared by ghosts or creepy stuff.

And I kept that emotion buried somewhere, and it came out in “Souvenirs.” How, I don’t know.

I told him, “I remember you standing there holding a little plastic horse that you either won or somebody gave you. I put it all together in a picture, and that’s what came out.” 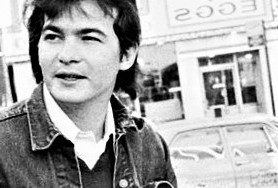 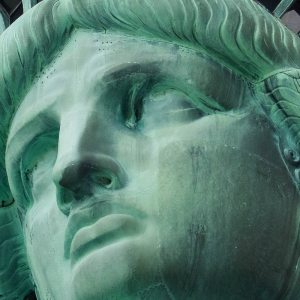